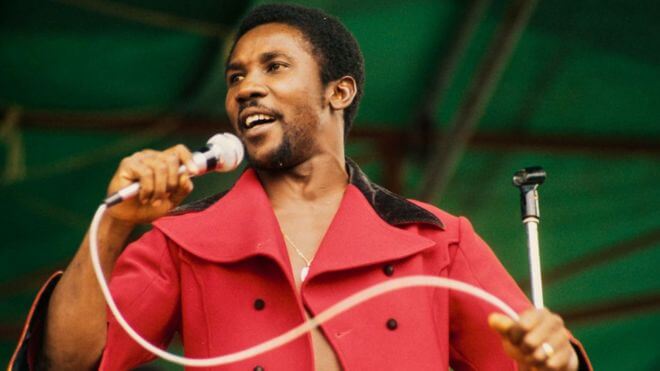 Toots Hibbert, founder of the Maytals and father of Jamaican ska/reggae, has sadly passed away at the age of 77 — just weeks after releasing his latest album, Got to Be Tough. Hibbert had recently been in a medically-induced coma after being admitted to a hospital in St. Andrew, Jamaica. According to family, he died on Friday night, cause undisclosed.

It is with the heaviest of hearts to announce that Frederick Nathaniel "Toots" Hibbert passed away peacefully tonight, surrounded by his family at the University Hospital of the West Indies in Kingston, Jamaica… pic.twitter.com/zOb6yRpJ7n

The youngest of seven children, born on December, 8, 1942 in May Pen, singing was in Hibbert’s blood from an early age as he grew up singing in church. In 1962, he formed the Maytals as a vocal trio with Henry “Raleigh” Gordon and Nathaniel “Jerry” Mathias in Kingston. His soulful vocal style would immediately establish him “The Otis Redding of Reggae.”

The Maytals had a trifecta of hit singles with “Bam Bam,” “Fever,” and “Sweet and Dandy.” In 1967, Hibbert was arrested for marijuana possession, serving nine months behind bars. This holdup prompted what would become one of the Maytals’ most crowd-pleasing songs, “54-46 Was My Number,” which references his prison number.

Hibbert literally coined the word “Reggae” as a musical term in 1968 with the Maytals’ “Do the Reggay.” He has been sampled or covered by KRS-One, Keith Richards, the Clash, Izzy Stradlin and the Ju Ju Hounds, Sublime, The Specials, etc.

Toots achieved the most soulful treatment of the civil rights anthem, “We Shall Overcome.” And in the same year the last legislation was enacted during the civil rights era, he sang, “I know, oh yes, I know, yeah / I’m going to live to see everyone free, free, free, free” in  “I Shall Be Free.” Always a man of well-timed hopefulness at a time of social upheaval, from the ’60s to present day, the influence and import of his music will continue to sustain through times of civil rights struggles.

Rest in power, Toots. We will never forget you.