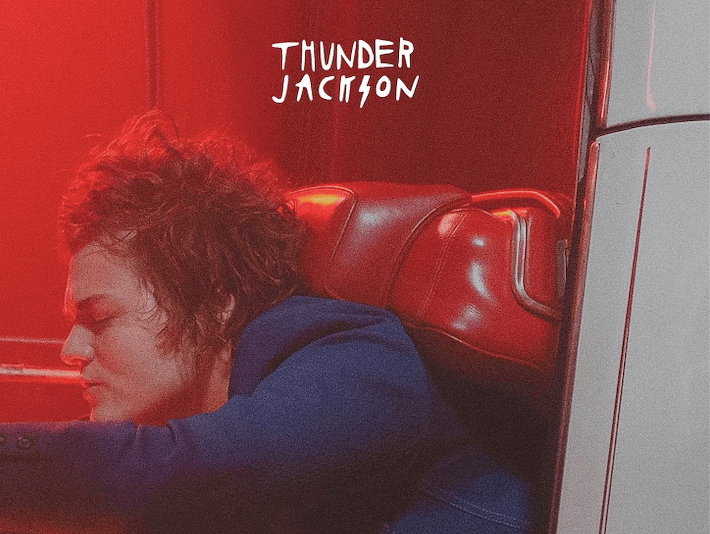 All songs will appear on Thunder Jackson’s self-titled debut album out on October 1st. The artist has also just embarked on his No Show Roadshow across the Western United States, exploring beautiful and remote places to perform live. Tomorrow, Thunder will perform at Denver’s first socially distanced venue – The Station at Tennyson. Fans can enjoy the show in-person tomorrow and you can follow Thunder’s whole No Show Roadshow journey via his Instagram, Vero and YouTube now through September 10th. 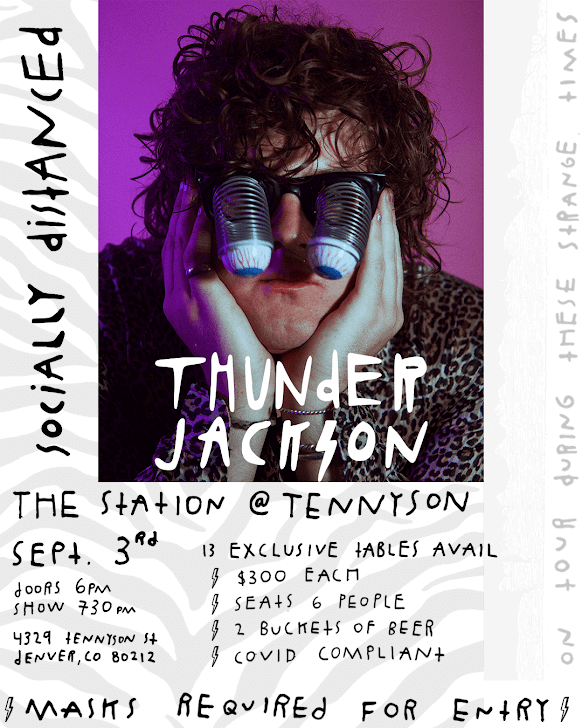 Thunder Jackson grew up in a small town in Oklahoma. His introduction to music came by way of his father, a part-time Elvis impersonator who would play State Fairs and other events. Thunder was on cape duty from as early as he could remember. He taught himself how to play piano and guitar and by the time he was a pre-teen, his father had gotten him a license to play covers in local bars to keep the locals entertained.

After high school, he was broke and restless and without hope, only nineteen years old with a firm belief in one immutable truth: that he had a voice. The plan was simple: make it to LA, play on street corners, let people listen, and something will happen. Unsurprisingly, the universe had an even better plan. Soon after arriving, humming along to a Jeff Buckley tune on the radio, Thunder Jackson sat in the back of a packed cab as it ambled down Hollywood Blvd. Little did he know, the cab ride would be a watershed moment in his life. As the cab idled and the radio grew louder – he stopped humming and began singing a soulful, yearning, falsetto. By pure accident, the little tune flitted over to the other passenger riding shotgun, Pete Lawrie Winfield, whose ears immediately perked up. He turned around and said: “Do that again.” He did, and Pete replied, “You are coming with me.”

Thunder and Pete buried themselves in a basement studio where they melded a voice that can only be described as liquid gold, inspired by greats such as The Police, Hall and Oates, and Peter Gabriel. It was sonic alchemy. Additional tour dates and details to be announced soon.

All songs on Thunder Jackson were recorded in Los Angeles, California and written and produced by the artist together with Winfield.