Watch: Valerie June Is The Soul Food You Need Today 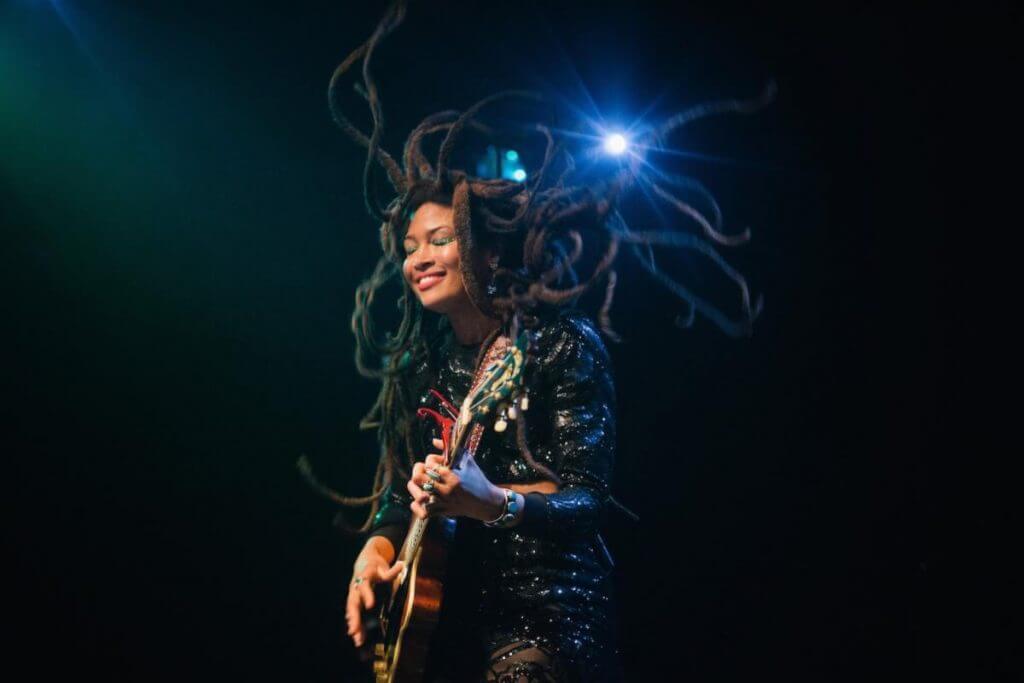 Each week, prominent musicians of various genres play songs and also answer questions about literature — making for a unique video format. The Mighty SONG Writers series will continue with a new video every Wednesday, aiming to raise money to support Mighty Writers, whose mission is to teach low-income and minority kids to think clearly and write with clarity. The organization offers free programs for students from elementary through high school at nine centers in diverse neighborhoods around Philadelphia and New Jersey, including several bilingual locations for Spanish-speaking students.

Tennessee-bred singer/songwriter and multi-instrumentalist Valerie June merges electric blues, acoustic folk, and refined soul with African rhythms. She has toured with Sharon Jones & the Dap Kings, Sturgill Simpson,  and Norah Jones, among many others. June also has played some of the world’s most prestigious stages, including Carnegie Hall, the Kennedy Center, and — with a personal invite from First Lady Michelle Obama — the White House. Valerie is currently working on her new album which is slated for release in 2021.

In this episode, June shares with us her writing process and one of her biggest writing inspirations: nature. “I always like to use nature and things in my songs—they are so singable. Rivers, rain, the sky, clouds. ”