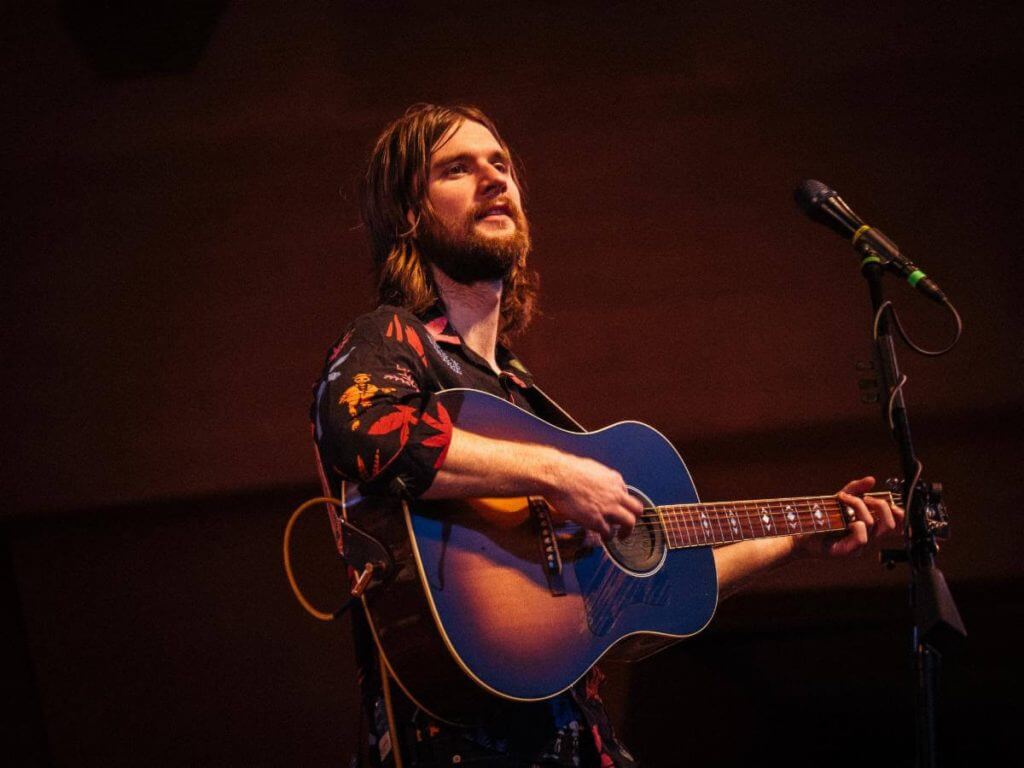 Each week, prominent musicians of various genres play songs and also answer questions about literature, making for a unique video format. The Mighty SONG Writers series will continue with a new video every Wednesday, aiming to raise money to support Mighty Writers, whose mission is to teach low-income and minority kids to think clearly and write with clarity. The organization offers free programs for students from elementary through high school at nine centers in diverse neighborhoods around Philadelphia and New Jersey, including several bilingual locations for Spanish-speaking students.

Mt. Joy is a five-piece group that have toured with The Lumineers, The Shins, Whitney, The Head and The Heart, Neko Case, and more. They have performed at major festivals such as Bonnaroo, Lollapalooza, and Newport Folk Festival. The band’s new album, Rearrange Us, was released in June of this year.

In this episode, Quinn covers the Grateful Dead’s “Dire Wolf” and discusses how the storytelling of the song inspired him to become a songwriter himself. He also explains why John Prine should be the second musician to win the Nobel Prize, and how writing can take you down different roads. “I never enjoyed writing essays for school. But now, I could write a song, and I think that was a real turning point for me. I felt like a did a good job, and people liked the song.”