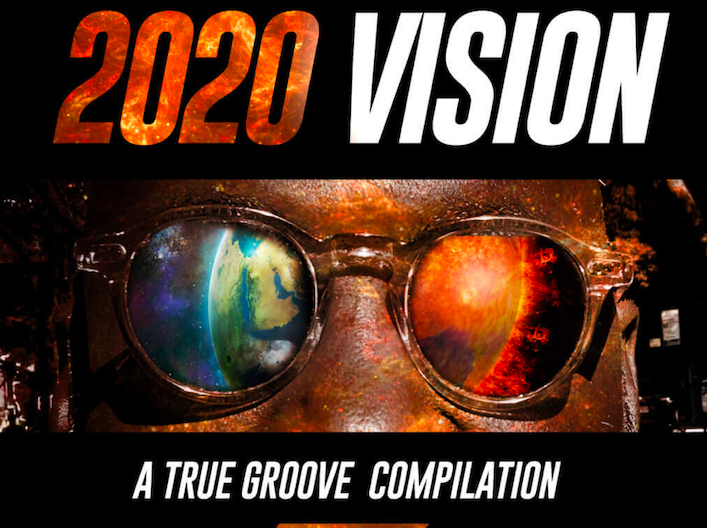 2020 Vision is True Groove Records ‘ audio equivalent of a family holiday newsletter on steroids. But rather than looking back at the past decade in a greatest hits format, all nine tracks on the album are brand new. “The main reason for 2020 Vision is to have everyone in the True Groove family make a definitive music statement about where they are right now,” says label founder Tomás Doncker, who appeared in an ABS feature earlier this month. “I thought it was important we, as a collective, have that moment together. I think a show of unity in the world now, more than ever, can have great impact—and we use music as a powerful example of that.”

“I started True Groove because I realized there was an ever increasing absence of forward-thinking musical voices in the industry. Through the course of my life & career it was always that kind of musical/artistic mindset that inspired me. Not necessarily music that was reactionary, but what was thoughtful, and interesting. As an avid music fan and record collector I was bored with what I was hearing. I realized that subconsciously, I had always been a fan of independent record labels. Going back to being a kid and loving Motown, Stax and Philly International; being very into Stiff and Two-Tone, and, of course, Island. All those labels were launched with a truly independent, free thinking spirit, and their legacies have endured over time.

“The creative teams that supported them were able to make powerful, interesting and, ultimately, commercially viable music; music that could be left of center and still be popular. It was not my intention to run a record label, but I did it because it was obvious to me it was necessary to fill that void. I realized the music I grew up with and the music I love and play is not genre specific, it’s exactly the opposite- genre inclusive. What excites me is music that brings all kinds of seemingly disparate cultures and styles together. A way to erase as many of the “isms” and “schisms” as possible. Music has the unique power to unite and enlighten. That’s how we came up with the term Global Soul, and that’s where we’ve carved our niche.” – Tomás Doncker

The songs on 2020 Vision encompass an array of musical styles, but they all fit into the Global Soul ethos.

True Groove has built a reputation as a truly self-contained music sphere much along the lines of Motown, Stax and Philly International, in that the label has in-house writing and production teams, a house band that plays on almost every release, an in-house engineer (James Dellatacoma) and studio (Bill Laswell’s Orange Music Sound Studios). This mini-universe has allowed for a creative space and given the label the opportunity to flourish, with well over 100 releases in just 10 years.

2020 Vision is available on Spotify below and other streaming platforms.