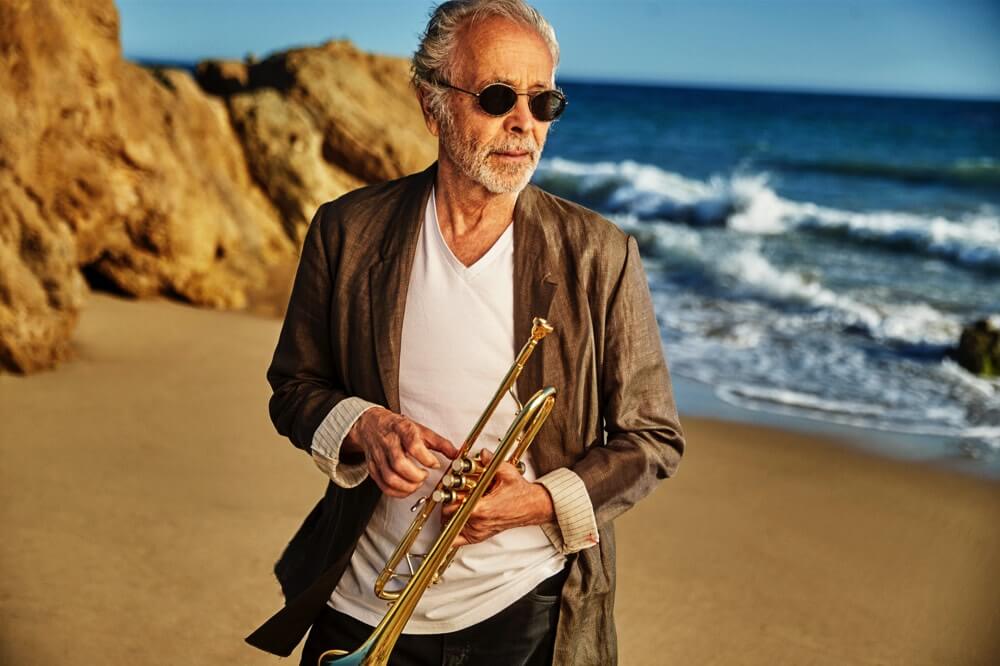 Today, preeminent global theatrical distributor Abramorama will host the world premiere of the documentary Herb Alpert Is…. The global LIVE event will feature a Q&A with Herb Alpert and director John Scheinfeld moderated by the Grammy Museum’s Artistic Director Scott Goldman immediately following the film. Fans can tune in at 5PM PST/ 8PM EST on October 1st via Facebook, Youtube, and Twitter and www.herbalpertis.com and those that join the live premiere will be treated to a pre-show with some of Herb’s illustrious friends. On October 2nd, the film will then be available via a nationwide Watch Now @ Home cinema release and globally on demand through Amazon, iTunes and other video-on-demand providers. The film will also be available via manufacturing on demand on DVD on Amazon and other retailers. Blu-Ray to be available later next month. A companion box set of the same name. Herb Alpert Is… will also be available on October 2nd, digitally, in LP format featuring a coffee table book and a five-piece 180 gram vinyl set, and on CD as a 3-disc set. Both physical formats will feature 63 songs spanning 5 decades, 180 pages of vintage photos, liner notes and an essay from music journalist Bud Scoppa. The box set is available for preorder today here. 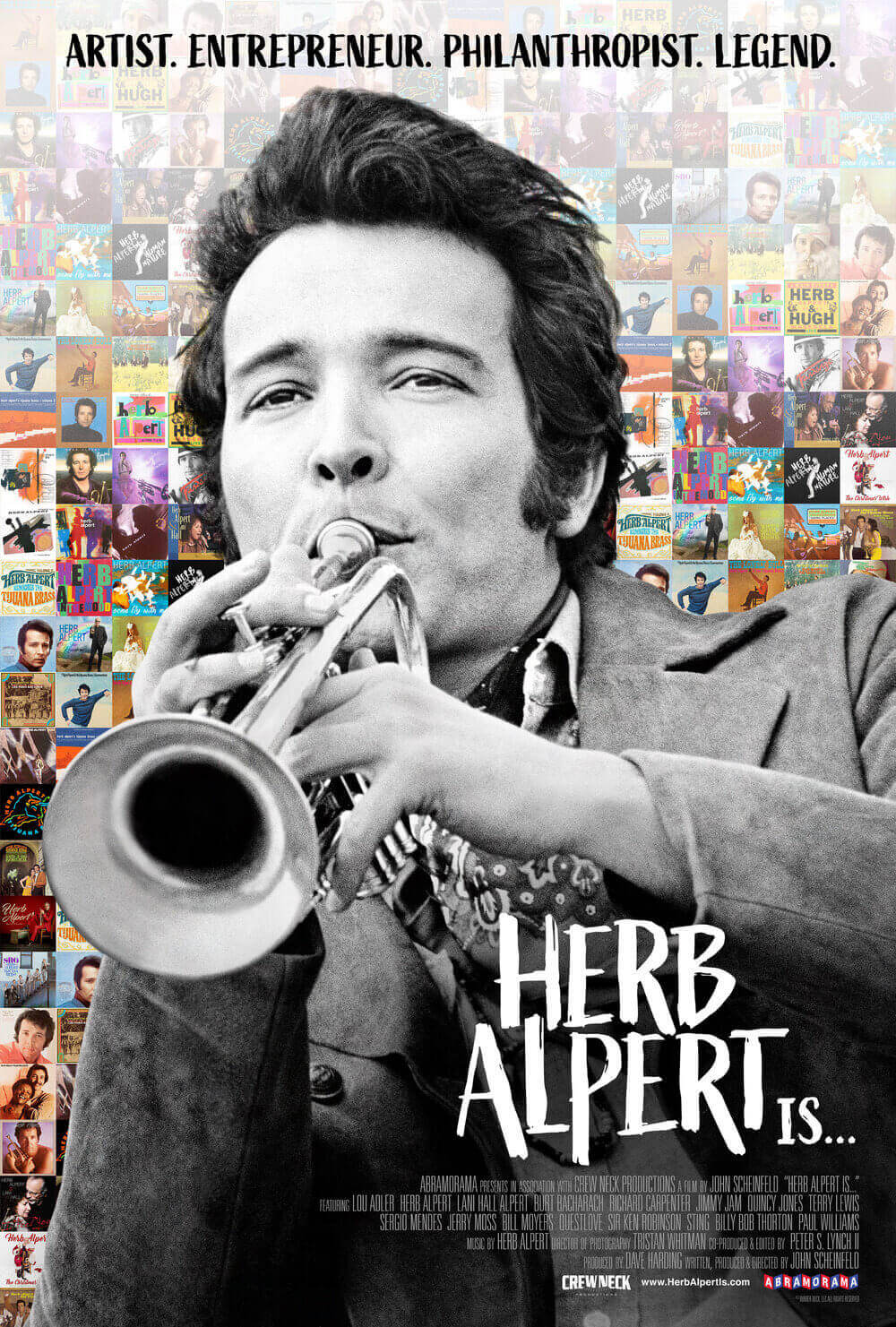 One of the most accomplished artists in the music industry, Alpert has sold over 72 million records and co-founded A&M Records, one of the most successful independent music labels in history and home to such artists as Janet Jackson, The Police, Cat Stevens and Peter Frampton. Herb Alpert Is… celebrates the life and work of Herb Alpert and the impact he has had on American culture. His latest album, Over the Rainbow was released in October 2019 and debuted at #1 on the Billboard Jazz and Contemporary Jazz album charts.

Filmmaker John Scheinfeld’s (Chasing Trane: The John Coltrane Documentary, The US vs John Lennon) documentary Herb Alpert Is… a passionate and inspiring exploration of Alpert’s personal and creative journey that reveals the critical events, experiences and challenges that have shaped an extraordinary life and instilled deep within the Grammy-winning trumpeter the desire to make a difference each and every day. Colleagues ranging from Questlove to Sting to Bill Moyers bring their unique voices and perspectives to telling this remarkable story.

In all, Herb Alpert has earned 15 gold and 14 platinum records; won nine Grammys between 1966 and 2014 and received the National Medal of Arts from President Obama in 2012. In 1962 Herb co-founded the indie label, A & M Records (with Jerry Moss) which recorded artists as varied as Carole King, Cat Stevens, The Carpenters, Janet Jackson, Peter Frampton, Quincy Jones, Sergio Mendes, and The Police. A&M would go on to become one of the most successful independent labels in history. Less known is his striking work as an abstract painter and sculptor. Mostly below-the-radar is his significant philanthropic support of educational programs in the arts nationwide, from the Harlem School of the Arts and Los Angeles City College to CalArts and UCLA.

Says Scheinfeld, “Herb is a true artist who did things the right way, achieved success on his own terms, and brought much joy to the world in the process. I wanted to make a documentary that would reflect this and, most importantly, to be a “Feel Good” film that will uplift, inspire and bring audiences together exactly as does Herb’s music.”

In 2010 Herb Alpert and his foundation came to the rescue of the Harlem School For The Arts as the doors were about to be closed for good. Now, with a new board of directors and management, the school is a flourishing beacon for kids all around the NY area. “If you want to see a feel good program,” says Alpert, “check it out.”

The Herb Alpert Foundation envisions a world in which all young people are blessed with opportunities that allow them to reach their potential and lead productive and fulfilling lives. Over the past few years the Foundation has focused on core areas such as “The Arts,” a broad category that includes arts education, a focus on jazz, and support to professionals. This also includes programs that seek to use the arts to help meet the needs of under served youth and to build competencies that will enable them to become successful adults. The other area is “Compassion and Well-Being,” which celebrates the positive aspects of human psychology and seeks to bring more empathy and compassionate behavior into our society.

The Herb Alpert Award in the Arts, a program of The Herb Alpert Foundation, is an unrestricted prize of $75,000 given annually to five risk-taking, mid-career artists working in the fields of dance, film/video, music, theatre and the visual arts. The prize was initiated and funded by the Herb Alpert Foundation and has been administered by the California Institute Of The Arts since 1994. The Award honors and supports artists respected for their creativity, ingenuity and bodies of work, at a moment in their lives when they are poised to propel their art in new unpredictable directions.