My Morning Jacket Celebrate #1 Success of ‘Feel You’ with Performance on Jimmy Kimmel Live! 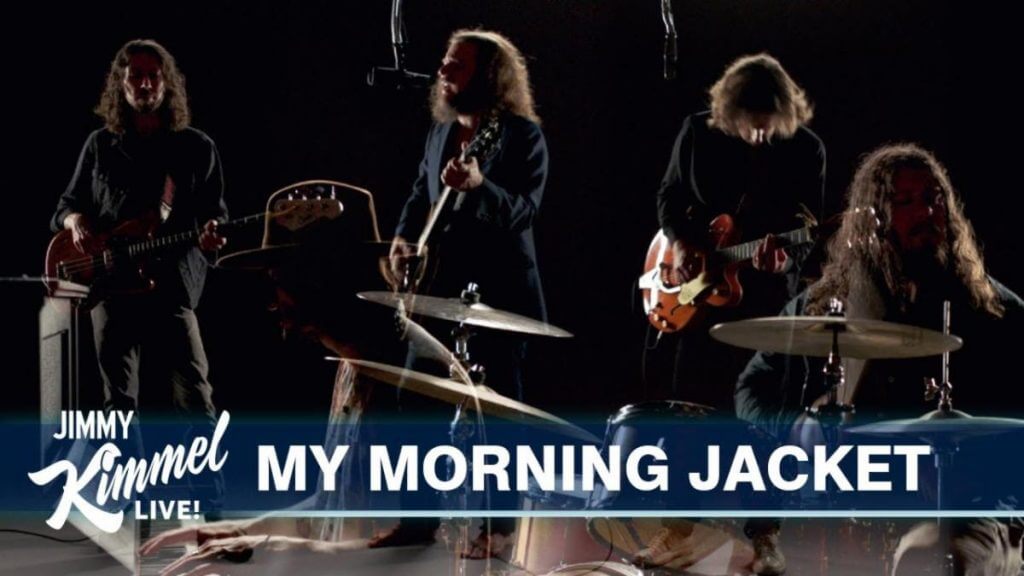 My Morning Jacket is celebrating last night’s performance of their chart-topping new single, “Feel You,” on ABC’s Jimmy Kimmel Live!, broadcast immediately following Game 1 of the 2020 NBA Finals between the Los Angeles Lakers and Miami Heat.

“Feel You” is featured on My Morning Jacket’s acclaimed new album, The Waterfall II, available now via ATO Records at all DSPs and streaming services, as well as both CD and 140-gram clear vinyl in a gatefold jacket. “Feel You” has proven a multi-format favorite, spending three straight weeks and counting atop Billboard’s “Adult Alternative Songs” – the band’s first ever #1 on that chart – along with four consecutive weeks at #1 thus far at NON COMM radio. In addition, the track is currently #2 on Mediabase’s “Triple A” chart en route to the pole position. “Feel You” is joined by an official visualizer, streaming now at YouTube.

In other news, My Morning Jacket recently marked National Voter Registration Day with the release of a brand new 7”, Bring The Power Back Home, b/w “Bring The Power Back Home (Acoustic),” now available for preorder via the band’s official webstore. The 7” – which is limited to 2,020 copies – is available at a special “Pay What You Can” price ranging from $10.00 to $25.00; all proceeds from this release will benefit Fair Fight, the voter participation advocacy group founded by Stacey Abrams.

“Bring The Power Back Home about taking control of your own destiny,” says My Morning Jacket frontman Jim James, “reclaiming one’s personal power in an effort to bring positive change back to our lives, even if it seems that the good in the world is slipping out of our grasp. Positive change and progress is still possible. One of the best ways we can reclaim and use our power for good right now is to VOTE like our lives depend on it, because they do.”