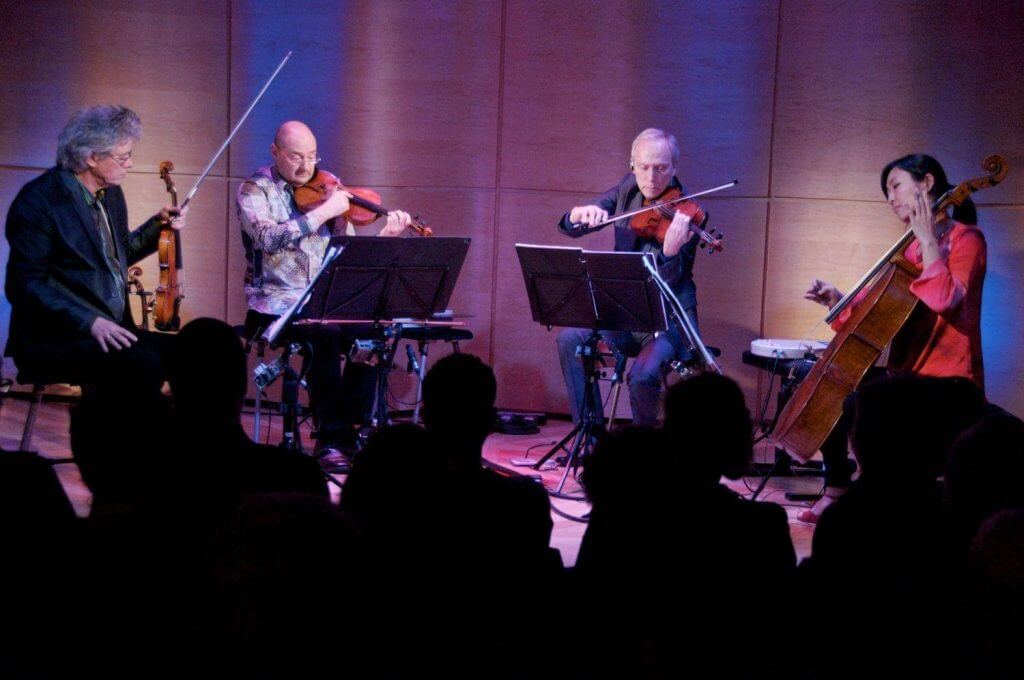 Pete Seeger, a lodestar for post-war America, had always been present: civil rights demonstrations, protest marches, picket lines. And for yet another generation sacrificed on the altar of tribalism and willful ignorance, Seeger is still present in spirit and legacy. 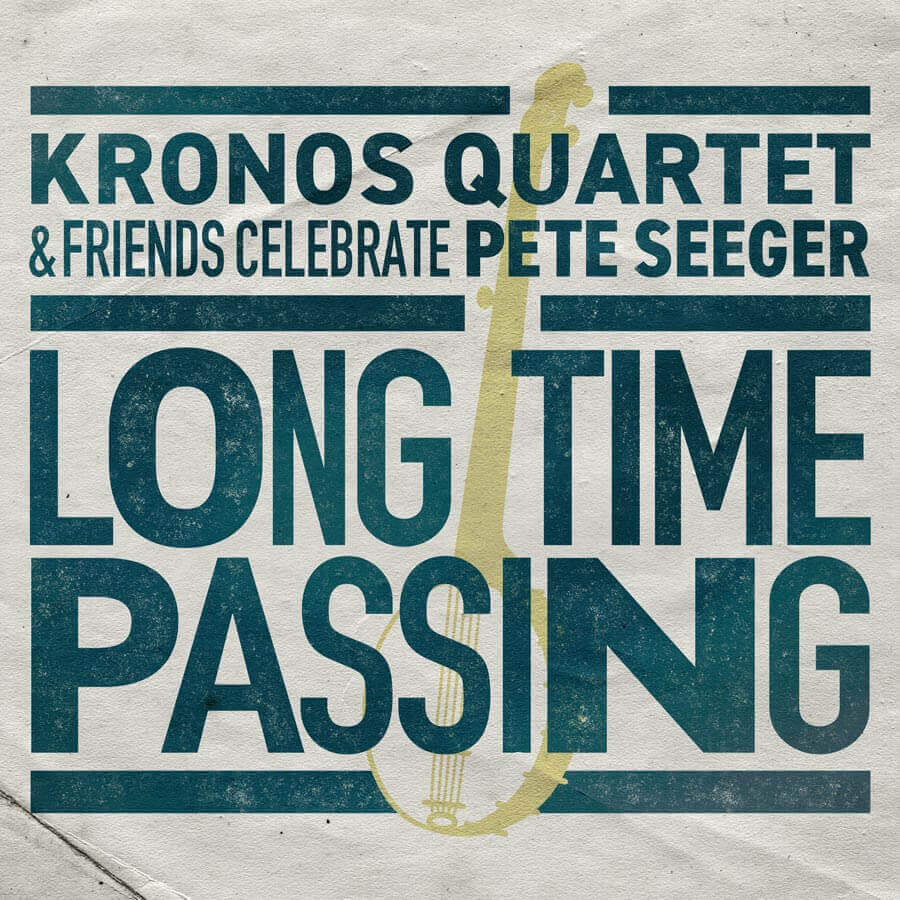 While a string quartet might not be the first artists you associate with a folk giant, San Francisco’s Kronos Quartet (David Harrington, violin; John Sherba, violin; Hank Dutt, viola; Sunny Yang, cello) stemmed from protest. In response to the Vietnam War, Harrington was inspired to form the quartet in 1973. Kronos have cut more than 60 albums exemplifying Seeger’s worldview and message of peace — whether it’s speaking truth to power (1996’s Howl, U.S.A.) or sharing its platform with a global community of artists (including Homayun Sakhi and Alim and Fargana Qasimov on Folkways’ 2010 release Rainbow: Music of Central Asia Vol. 8). Citing the live album We Shall Overcome, Harrington says, “Pete Seeger has been part of my life for as long as I can remember.”

For the Pete Seeger superfan, you can purchase Long Time Passing as part of the Spirit of Seeger Bundle, including Pete Seeger: The Smithsonian Folkways Collection, released in 2019 in celebration of Pete Seeger’s 100th birthday, and featuring all of Pete’s classic songs plus previously unreleased material. As a bonus you also get a limited-edition t-shirt featuring art from Pete’s classic release, Where Have All the Flowers Gone?

If you’re interested in hearing more from Kronos Quartet, pick up the Kronos Quartet on Folkways Bundle, which includes the group’s 2010 album Rainbow from the Music of Central Asia series, showing the groundbreaking quartet performing music from Azerbaijan and Afghanistan. Each release has been discounted, but these bundles will only be available until October 9.

Listen to the first single from Long Time Passing below.