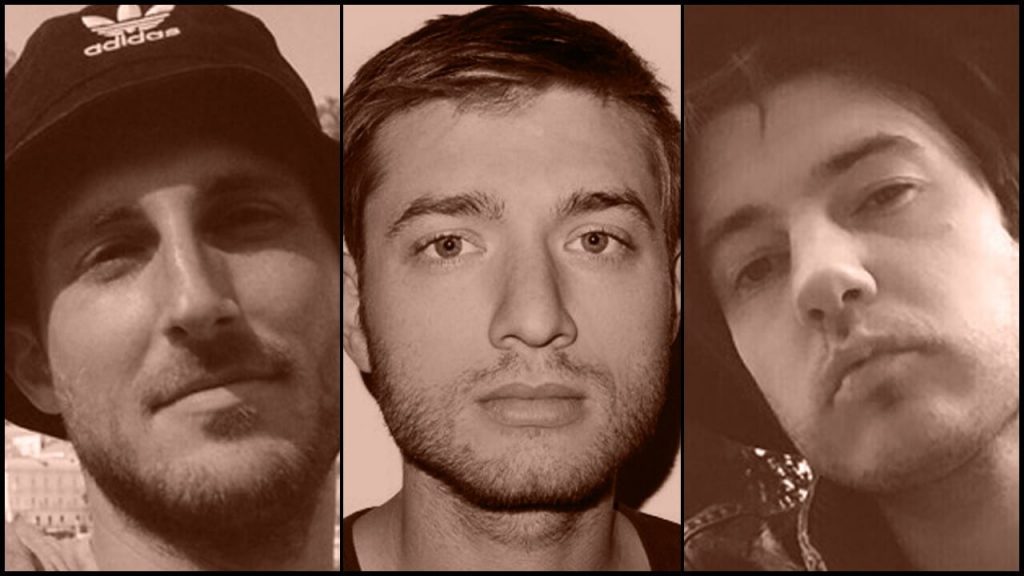 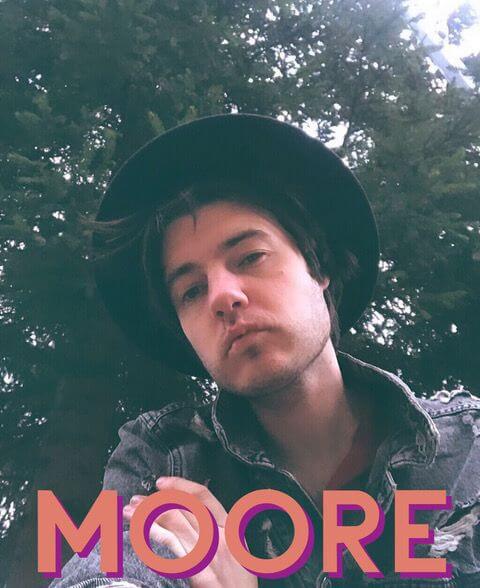 Moore left London and connected with Smith in Los Angeles where the pair started working on a new project. As with a lot of collaborations, the musical communion Smith and Moore found with one another put the creative puzzle pieces together. And what started as a solo effort would later become EP I, the band’s debut released September 18 of this year.

“Andrew and I started writing years back in Los Angeles. Originally it was for my own solo project, but the common ground we found made it our own project,” Moore explains. The last piece to that puzzle was acclaimed songwriter and musician Tyler Lyle, who Smith had been working with on a few separate endeavors. “Tyler became involved later down the line, as he had also been working with Andrew, and so we suggested an amalgamation of the two projects which had a clear thread and musical direction.”

The four tracks of the trio’s EP are rich with harmony choruses, hearty arrangements, and sincere lyrics — a sort of modernized power pop anchored by the sensibility of traditional folk. A primary example is “Fate” featuring Dhani Harrison, son of George Harrison. The backstory of the track is Moore’s feeling of doubt in his writing abilities. As he passed a billboard with the word “fate,” a melody germinated before any accompaniment. So when he recruited his longtime friend Dhani for backing vocals for the session, it was fate in every sense of the word.

“The classic feel of the song lends itself very naturally to Dhani’s vocal style, which is unique in the way that it is reminiscent of that golden era of music. It reminded me a lot of the Traveling Wilburys, which neither of us were strangers to,” Moore says. “It felt like full circle working with Dhani given our fathers had done the same, as well as being meaningful in the way that Dhani had often encouraged me to come to Los Angeles for the music, and his manager actually connected Andrew and myself, having organized the session- so thinking back on it there would have been no band at all were it not for him.”

“Dhani and Jack had known each other since childhood given their fathers were close friends, so the idea of collaborating was a very natural one which felt like the completion of a full musical circle. Our families are still very close, so it was great to have the opportunity to record together; it felt serendipitous.”

Smith and Moore produced their end of EP I with “Fate” and “Gold.” Lyle went on to contribute “Werewolf” and “Hollywood Forever” to finalize the group’s inaugural effort.

“Werewolf” is a song Lyle wrote after reflecting on how stories are told. “In the western world, our stories need good guys and bad guys to move the plot along,” he elaborates. “However, this is not how the real world seems to me to be. If the protagonist was a kindhearted monster — not just a hero with a tragic flaw, but someone who embodied both extremes of good and bad — it would be a confusing story, but that’s the real story. That’s what I wanted to write about.”

Luckily the recording and mixing of the EP had already wrapped up before the pandemic hit, so rather than affect the creative process it gave the group a little time to assess how it should be released. “The only real aspect it has curtailed, as with so many other musicians is playing live- which conventionally and in normal times would have been the natural way to promote the record which unfortunately we are not able to do. Having said that, I’m sure there are a lot of people sitting at home waiting to discover new music, so hopefully we can encourage them to give us a shot.”

It seems as though the debut EP was the product of both natural chemistry and diligent creative efforts, a project ten years in the making that has aged gracefully. “The creation involved so many important places, people and experiences, good and bad, exciting and dull. So releasing the EP is kind of like putting it all in a time capsule,” he says about the passion project.

“All the energy we put into it is now out in the world, there for people to interpret in their own ways. There’s a beauty to that,” he continues.

In these uncertain times, there is a horizon full of promise for this ever-evolving trio, with plans for an LP in the not-so-distant future. “What we do know for certain is we have songs ready to follow up the EP with a full album, which is really exciting. There’s a great balance of evolution and derivation of our musical roots there so it’s good to have that in the bank in a time that’s hard to rely upon anything at all.”

*Images courtesy of George Chammas with The Planetary Group