2020: Being Thankful for a Fiddler on the Roof This Thanksgiving 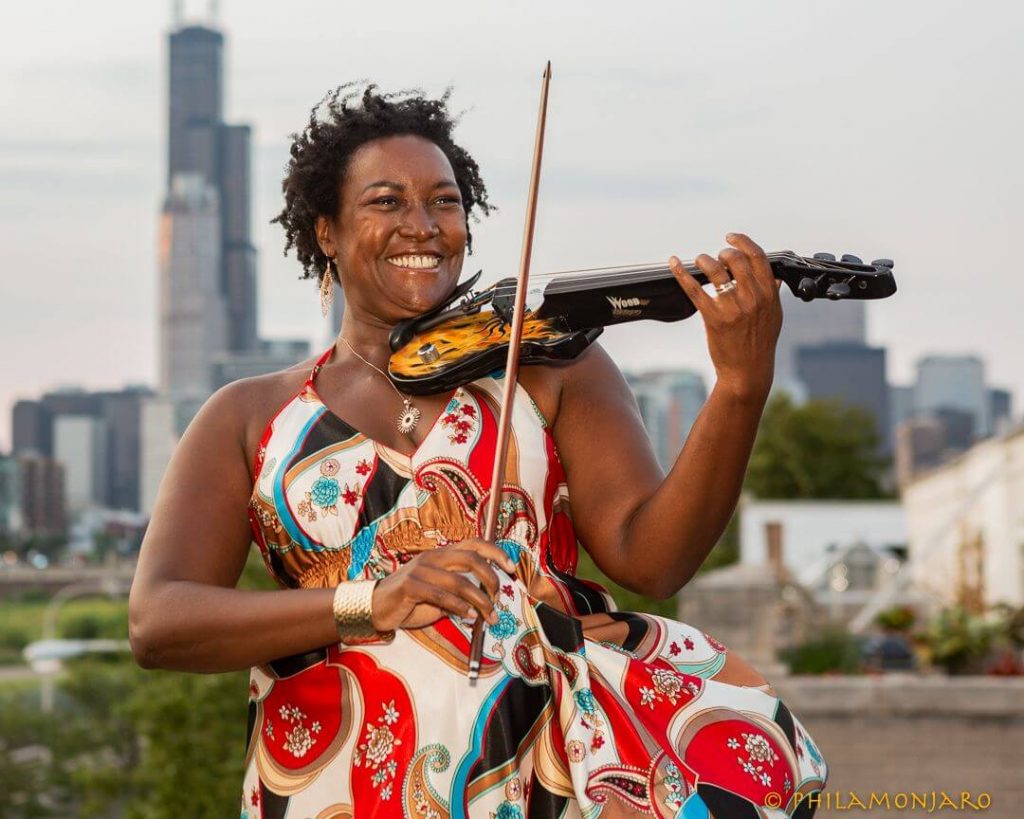 By all accounts, 2020 has been a disaster. Yet in the midst of a deadly pandemic, social isolation and cries for racial justice, a little bit of hope and inspiration has emerged in Chicago’s South Loop. It all started last April when local residents organized via a Facebook page to stage an 8 PM virtual party where they sang, cheered and waved lights from their mid-rise balconies to honor the sacrifices of Chicago’ essential workers. Inspired by similar acts in Spain and Italy, this collective expression of thanks provided a temporary relief from isolation and fear of the unknown. It was also a welcome change from the invasive sounds of urban living – the steel wheels of trains, sirens and 2 AM motorcycle races.

In the middle of these impromptu parties, residents began hearing beautiful melodies of a lively electric violin playing bluesy solos and traditional songs from a hidden “stage” a dozen-plus floors above street level. The sounds came from Adia, a classically trained violinist turned an award-winning rock and blues improviser, who took to her balcony to perform for an unseen audience of neighbors. 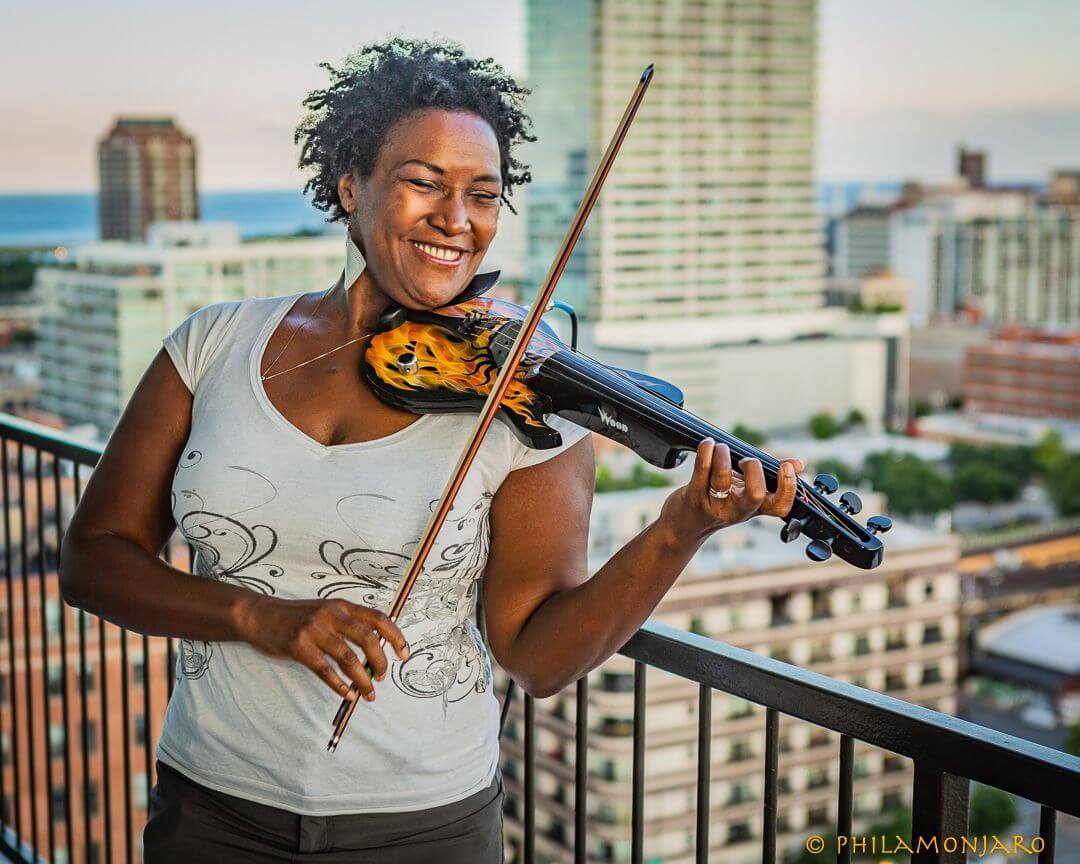 With live concerts vanishing, Adia found herself stuck at home, like so many of her fellow musicians, with no outlets to perform. Although gigs were canceled, it did not mean her talents would stay bottled. Sometimes we don’t have to like the circumstances, we just need to accept them and take action, which is exactly what Adia did. She embodied the importance of music in transcending human problems and worries, and showed us the limitless power of it to connect us all. It was as if her violin spoke “I am here and ok, how are you?”

I took special note as a fellow artist living across the street. In normal times as a photographer capturing live concert performances, I too was without an outlet during the pandemic. Hearing Adia’s improv rendition of Sweet Home Chicago was enough to convince me that Adia needed to share this magic with the rest of the neighborhood. So over the course of late spring and summer, I kept finding socially distance rooftops and balconies for Adia to spread her sonic comfort to unsuspecting audiences. People all over the South Loop started hearing symphony caliber talent simply by opening their windows.

Just as this local rooftop “tour” begun, the world took a turn with the murder of George Floyd in Minneapolis. Suddenly the pandemic was not the main event, but a wide-angle lens to see the unvarnished truth of our society’s systemic racism. As the country watched peaceful rallies and marches, as well as occasional looting right in our neighborhood, Adia’s singular act of playing from rooftops took on a much deeper dimension. Within it was an inspirational, defiant, hopeful, resilient, and grateful reminder for what we do have – the temporal moment of now.

When a vigil of candle-bearing residents sat curbside in silence for 8 minutes and 46 seconds to honor Floyd, Adia’s reverent and somber rendition of “Lift Every Voice and Sing”, known as the Black National Anthem, hung in the air amplifying the moment of solidarity.

Throughout the summer, Adia became an urban troubadour with a portable amp, effects rig and a flame-stained electric violin. She provided her neighbors momentary respite from politics, pandemic, and injustice while inspiring the resolve to carry on.

This modern-day fiddler on the roof provided a mythical, sage-like soundtrack appropriately set to Chicago-style 16 bar blues. There was no fame or glamour to it. Just the power of music helping us heal our frayed connective tissue of humanity. Something to be thankful for on this most unusual Thanksgiving.