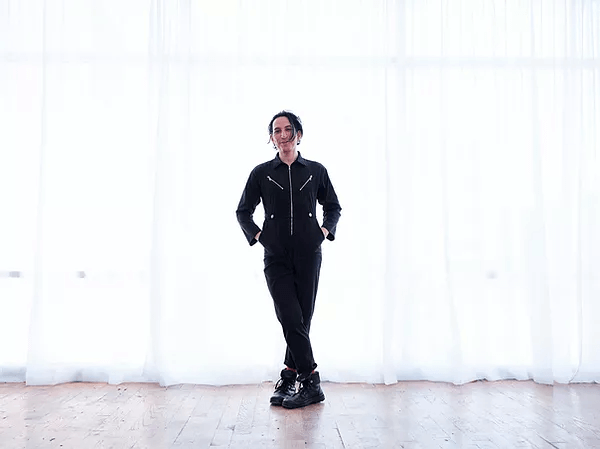 Jonny Polonsky has released a new video for “Completely Surrounded by Love,” a song from his forthcoming album Power and Greed and Money and Sex and Death, due out November 13 on Ghostworks Recordings. The video was directed by Julia Sinelnikova.

The title and the album’s roiling energy reflect its origins amid the frightening COVID-19 lockdown and the social upheavals that have erupted as the result of shocking recent incidents of police brutality amid a brawling election season.

Polonsky had just returned home to Brooklyn after two weeks of dates in Europe – and the filming of a documentary — just before the release of his album Kingdom of Sleep, which came out in early March. New York had just emerged as the epicenter of the pandemic and the city shut down hard. “It was such a bizarre and frightening time,” he says, but it ended up spurring his creativity. He began writing new songs, and he resumed work on some others that were in various states of completion.

Polonsky recorded Power and Greed and Money and Sex and Death in his apartment on his laptop, and its sound reflects that intimacy and focus. He has been making albums for nearly twenty-five years, and his innate musicality has only deepened over that time. His vocals here literally range, as the emotion demands, from a whisper to a scream. He has always been a superbly articulate guitarist, and that’s still evident, and he also plays bass and keyboards here. But the addition of touches like timpani, bagpipes, harp, koto drums, erhu and even the unlikely inclusion of programmed drums lend breadth and texture to his sound. The album was mixed by Mike Tholen (Ministry, George Thorogood) and mastered by Dave Collins (Sting, Metallica, Soundgarden).

Power and Greed and Money and Sex and Death is a compelling example of how an album that emerges at a specific moment can speak to that time and beyond. As Polonsky says, “A good song doesn’t have an expiration date.” But that’s a truth we’ll learn once this profoundly unsettling moment passes. For now, this album ambitiously addresses us and our times – and, amid the ongoing chaos, helps us understand the turmoil, enables us to feel its force and, finally, reminds us of the virtues and gifts, all within us, that it will take to survive it.