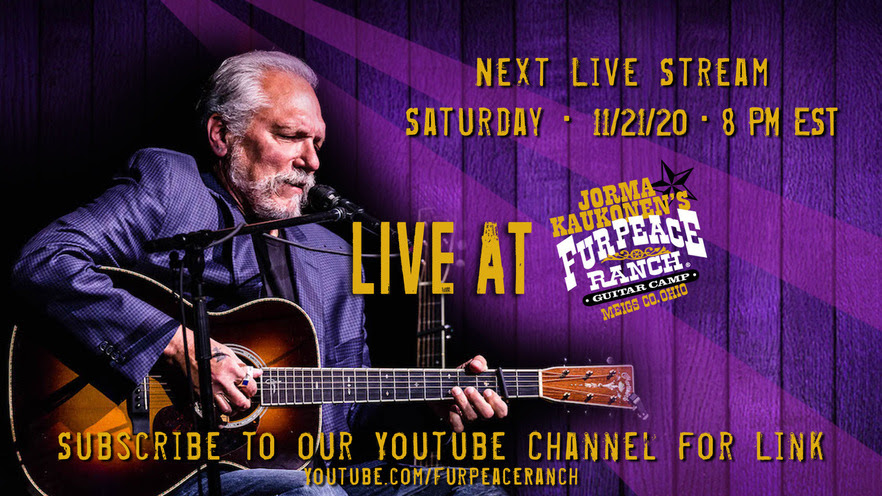 Jorma Kaukonen’s Quarantine Concert #27 with guest John Hurlbut will air live this Saturday, November 21 at 8 p.m. ET from The Fur Peace Ranch Guitar Camp in Ohio.  These quarantine concerts are historical in content and modern in execution. It’s history in the making! Listen Saturday night to the music and the Fur Peace Ranch family rap as Jorma answer fans’ questions, riffs with the crew and friends, and provides us all with entertainment during these difficult times!

Since the beginning of April Rock and Roll Hall Inductee, guitar legend, Jorma Kaukonen has been entertaining the world with free Livestream concerts on YouTube from his Fur Peace Ranch in the countryside near Athens, Ohio. Thousands of people listen each week to this high-quality stream and 10’s of thousands view it after the broadcast Due to Jorma’s and Vanessa’s guitar camp concert hall, the Fur Peace Station, the sound of these Livestreams, by engineer Myron Hart, is excellent and the filming, by award winning director Andie Walla, make them a joy to watch and a pleasure to hear.