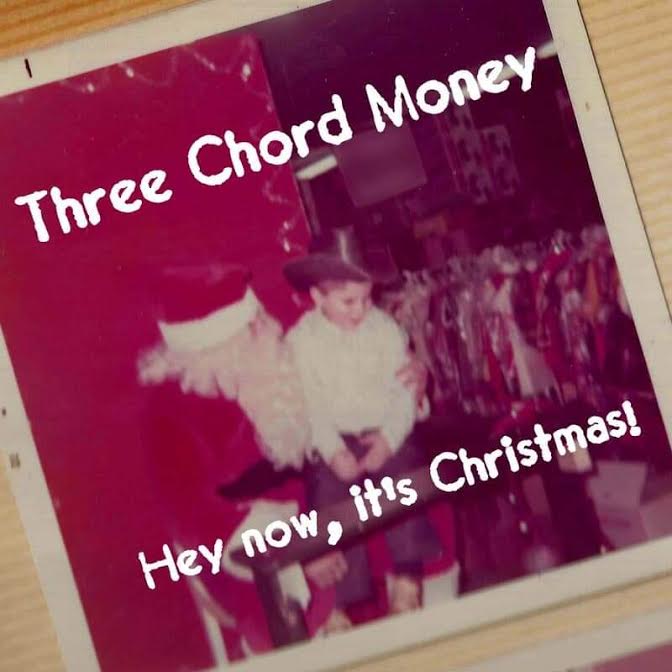 In the heartfelt storytelling tradition of country music, Three Chord Money weave the tales of everyman into the rock, folk, and honky tonk blend that is uniquely characteristic of Outlaw Country.

From the opening sleigh bells into the ringing guitars, hand claps, and a raise-the-roof sing-a-long chorus, Three Chord Money’s new song “Hey now, It’s Christmas!” celebrates the holiday season by recognizing that “it’s Christmas ’cause you’re here” is the heart of the holiday.

Of the new track, singer/guitarist Anthony Porter shares with ABS:

Now more than ever, I’m trying to share some hope and cheer during Christmas. This is a song anybody can sing along with.
Sing loud, sing with joy: “Hey now, it’s Christmas!”

However you listen—at a bar with the guys playing an acoustic set, or in your living room on your stereo on iPod—the songs tell their collective stories of hard work, heartache, and barroom antics with sincerity and humor.