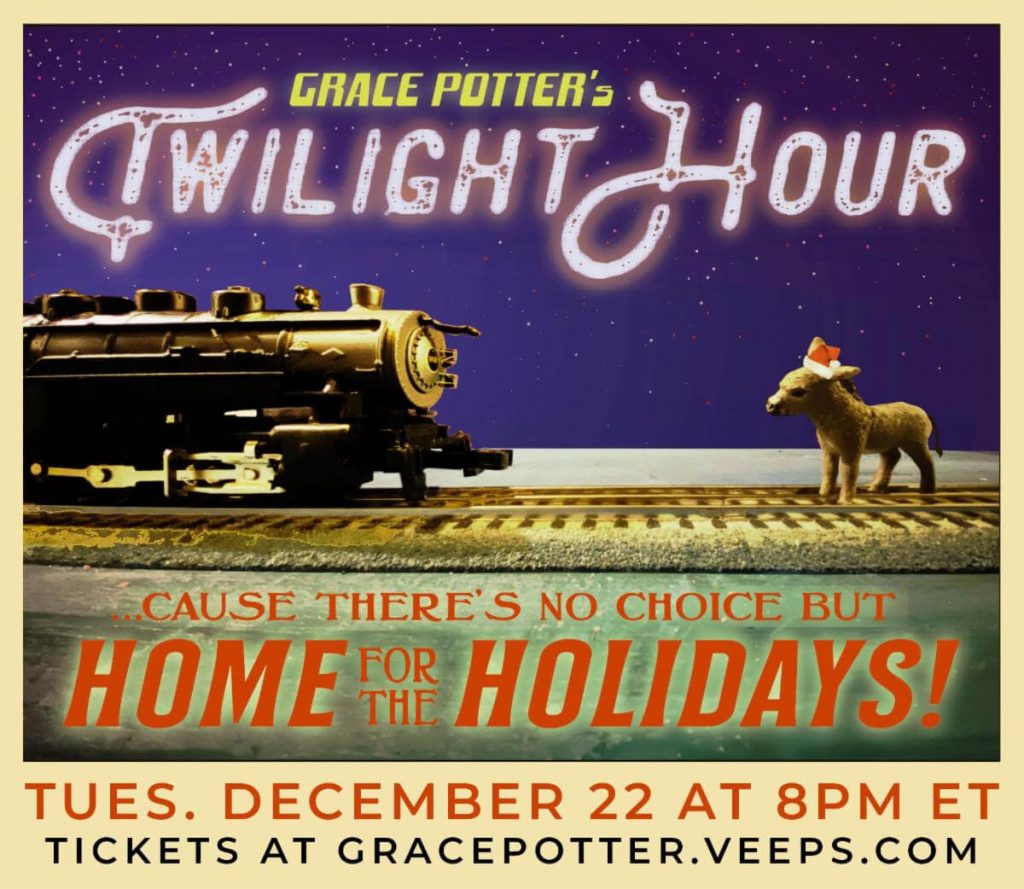 In true Grace Potter fashion this show promises to pack a rock ‘n roll punch and some much-needed holiday cheer among its many musical surprises. Ticket holders will be able to tune in live or on-demand through January 1st, 2021. For tickets and more information please visit https://gracepotter.veeps.com/.

The holiday livestream comes on the heels of two GRAMMY nominations Potter received last month for her latest collection, the cathartic and emotionally raw Daylight, which include nods for Best Rock Album and Best Rock Performance for the album’s explosive title track.

Produced by Eric Valentine, Daylight is a resilient rollercoaster of sparkling songwriting and unforgettable performances — a commanding, career-defining statement of power and purpose. The twin GRAMMY nominations are the second and third of her career. In 2011, Potter was nominated in the Best Country Duo/Group Performance category for “You And Tequila,” her duet with Kenny Chesney. The 63rd GRAMMY Awards will be broadcast on CBS on Sunday, January 31st, 2021 at 8pm ET / 5pm PT.

In addition, Grace also recently shared a powerful new music video for “Eachother (Together Mix)” featuring heartfelt performances of the song from fans across the country. Watch the video HERE. The song “Eachother”, written during the early days of quarantine, was originally released this summer and features vocal contributions from Jackson Browne, Marcus King, and Jess Wolfe and Holly Laessig of Lucius.