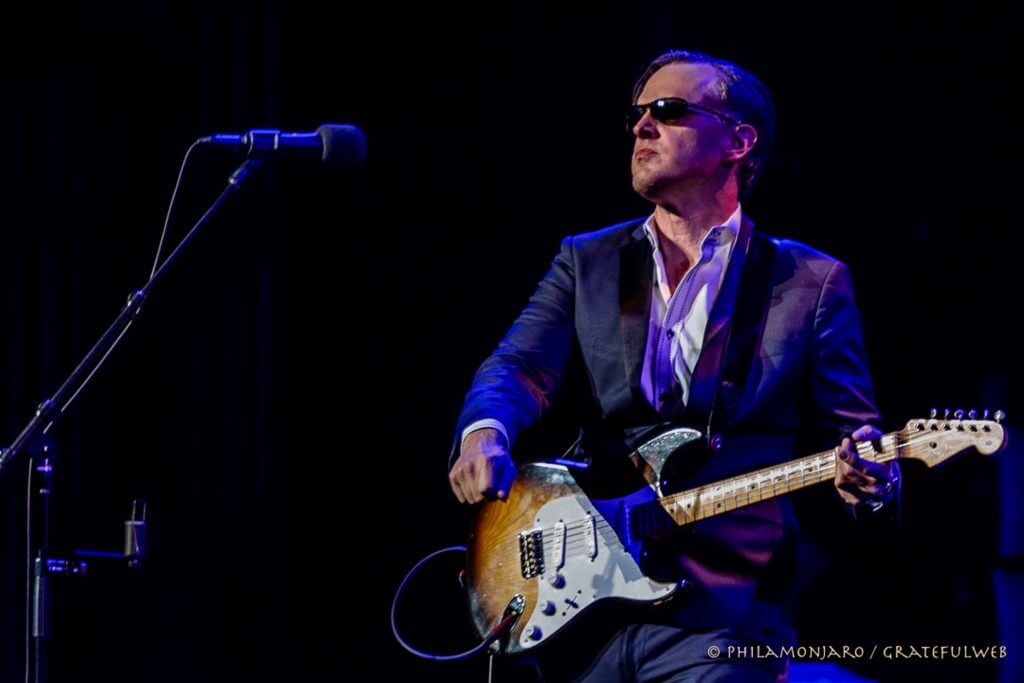 From a child prodigy praised by and playing alongside the likes of BB King and John Lee Hooker to being renowned as one of the greatest guitarists on earth, Joe Bonamassa is a blues rock phenomenon. Guitar Man, out now via Paramount, chronicles the highs, lows and in-betweens of Bonamassa’s career and details how a man rejected by the mainstream has gone on to create a record-breaking legacy as an independent artist.

With 24 #1 Blues albums under his guitar strap Bonamassa has had more number ones than any of his heroes and Guitar Man allows us a window into the struggles that led to such a tremendous success story.

As the documentary begins, we hear Joe talk about politely excusing himself from pre-show gear talk to “become the other guy.” As someone who has witnessed joe backstage and on stage, I can safely say he’s not lying, his on and off-stage personas are two very different people but one thing is for sure, he is a guitar nerd either way.

Guitar Man introduces us to Joe’s parents and to “Nerdville, Los Angeles” — his home which holds a coveted collection of gear that guitar geeks across the world froth over.

While his earliest days as a child prodigy are widely known, Guitar Man offers up lesser-known information about the timeline of Joe’s career including his ill-fated first band Bloodline which featured Smokin’ Joe and the “sons of” including Waylon Kreiger, Berry Oakley Jr, Erin Davis and Lou Segreti. Following a rift, Joe’s management (the Weismans) decided to let the band fall apart and instead go “all the way with Joey” and develop him as a guitarist — a decision and commitment that proved to be intrinsic.

The following years were filled with endless frustrations and false starts. And the remainder of the documentary shows Bonamassa’s career flatline and climax, focusing on the guitarists opportunity to play Royal Albert Hall.

While the documentary details the pivotal events in Joe’s career from start to present, the film doesn’t look too deeply into Joe’s personal life. One of the most moving parts of the documentary comes when Joe and co talk about the making of 2009’s The Ballad of John Henry and the relationship that shaped the record — a record that started with him in love and the happiest he had ever been and ended with him heartbroken and at his saddest, resulting in an album that in two halves showcases the full cycle of love.

As the man himself is heard saying, blues rock is not an easy genre to be a part of in the 21st century, but it’s worked out pretty damn well for the boy from Utica, New York. Guitar Man is an intriguing two-hour look into that journey. “Sometimes we’re self-loathing blues rock people we question ourselves a lot… it’s obviously all worked out for me.”

Guitar Man shows us that while people were once saying “Bona who?” half the world now knows Bona can play the blues. It’s been a long winding road to glory, which is precisely the tale that the documentary sets out to tell.