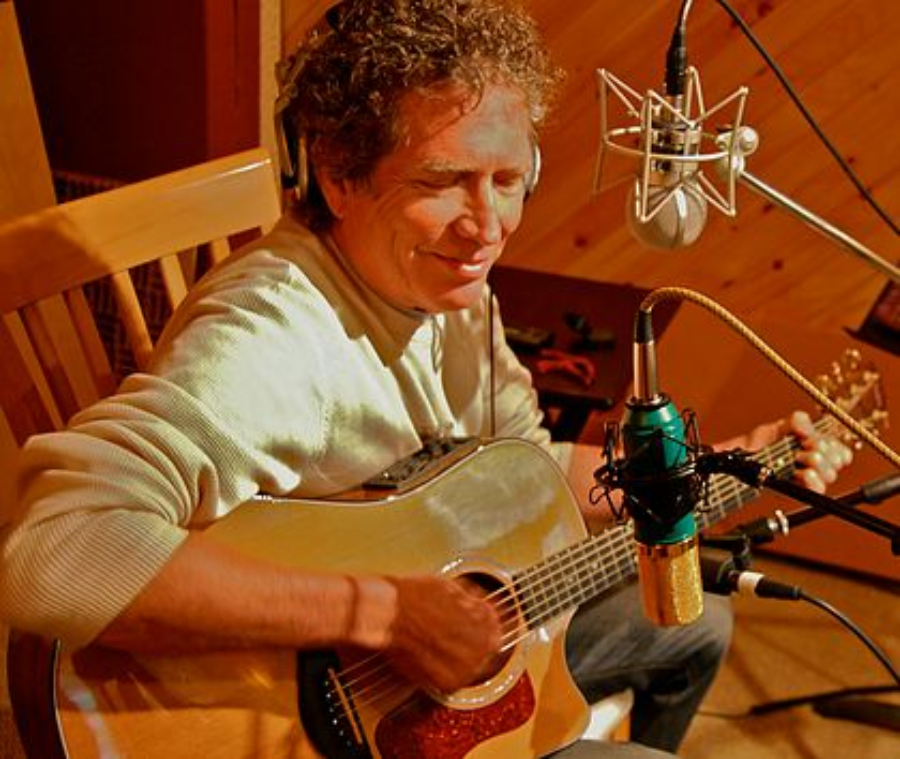 Pat Pattison is a professor at Berklee College of Music, where he teaches lyric writing and poetry. He’s written four books: Songwriting Without Boundaries (Penguin/Random House), Writing Better Lyrics, 2nd Edition (Penguin/Random House), The Essential Guide to Lyric Form and Structure (Hal Leonard), and The Essential Guide to Rhyming (Hal Leonard). Pattison has developed five online courses for Berklee Online: three on lyric writing, one on poetry, and one on creative writing. All are available via the Berklee website.

In addition, more than 1,500,000 have enrolled in MOOC Songwriting: Writing the Lyric via Coursera since its first run in 2013. Pattison has written over fifty articles for various blogs and magazines including American Songwriter and has chapters in The Poetics of American Song Lyrics (University Press of Mississippi) and the Handbook on Creative Writing (Edinburgh University Press).

Who are your favorite artists?

My favorite artists are the people who are most involved with using words well. That has been my passion and area of exploration ever since I started teaching. We are looking at the usual suspects: Bob Dylan, Joni Mitchell, Steely Dan, Leonard Cohen, and Paul Simon. I suppose I have to confess to being very parochial. Gillian Welch is wonderful and she was one of my students. The same goes for John Mayer who was also one of my students. In terms of your wheelhouse, Tom Hambridge was one of my students and he has multiple Grammys writing and producing Buddy Guy.

How is teaching at Berklee currently going and what are you working on?

Right now I’m working on a course for a Master’s Degree in Songwriting through Berklee Online. Berklee also bought Avatar Studios in New York (Power Station at Berklee NYC) and I am also writing a Songwriting and Production course for their Master’s Degree. I may be doing another book, but I am not sure. I have been working on the area of Point of View.

Can you talk about how the Songwriting Program was created at Berklee?

I was hired at Berklee as an English teacher having never taught English before. I did my undergraduate work in Philosophy at The University of Minnesota and graduate work in Philosophy at Indiana University. Also, while at Indiana, I did an outside Master’s Degree in Literary Criticism. When I came to Berklee I started as an English teacher. A couple of years before it had just been accredited and they were looking for a bunch of electives. I taught the first philosophy courses at Berklee and I put a poetry course together. At Berklee, Jon Aldrich was a year or two into a course called Songwriting. It was Berklee’s first songwriting course. The course was all in one semester, a week on melodies, a week on harmony, a week on lyrics, a week on pitching, and a week on demoing and so on.

I decided to teach a course in Literary Criticism and I figured no-one would take it, so I called it The Analysis of Song Lyrics. I used Steely Dan, Joni Mitchell, Bob Dylan, and the usual suspects. I never told anyone it was a Literary Criticism course. It became wildly popular. It became so popular that the president at the time, Lee Berk, pulled me into his office. He told me, ‘I see that your course is very popular. I am wondering if it’s possible to make a living as a songwriter?’ I lied and said yes.

He said, ‘It would be very nice if we could think about putting together a Songwriting Major.’ In a meeting, I handed him an outline for thirteen courses. He said, ‘I wish all my requests were met with such alacrity.’ That was the outline and we then went into a committee. Jon Aldrich, Rob Rose, Ted Pease, and I worked on it for about a year. We went into a larger committee. My thirteen courses turned out to be the bones of the major. I am not sure I want to say I started the Songwriting thing at Berklee because certainly Jon Aldrich did that. The curriculum at Berklee owes a bit to what I concocted at that time.

I have been running seminars in Australia, New Zealand, Canada, and in Europe since the mid-nineties. Sometimes it is a two-day thing, generally on one subject. I’d do a seminar on phrasing, or verse development or point of view, metaphor, object writing, rhyme and sonics. I am doing an online seminar on January 16th. It will be a Zoom thing. That one will be on writing from a title. I have done seminars for as few as five to six people and for as many as five to six hundred.

What book of yours should we purchase and why?

I’m proud to say that ‘Writing Better Lyrics’ is the go-to book for songwriters. It has been near the top of Amazon for the last couple of decades. Last September 18th, I celebrated the twenty fifth anniversary of the book. It’s the one that gets the most attention. If you are going to buy one book, I suspect that to be the one. I have one called ‘Songwriting Without Boundaries’ which deals with coming up with ideas, my invention of object writing, extending metaphors, and writing in templates. It has been useful to not only songwriters but generally as a writing tool. I have two more focused books: ‘The Essential Guide To Lyric Form And Structure’ and ‘The Essential Guide To Rhyming’ is the second edition version and is the most recent.

You have taught John Mayer and Gillian Welch: What did they learn from you?

My focus is on supporting your ideas with your structure and tools you have available. I call it Prosody. It is something that John and Gillian are aware of. They work very hard to make sure what they are doing with their melody, harmony, rhyme scheme, and line lengths to support their ideas. I talk about Prosody in terms of stability and instability, ideas that cover everything including your idea. If your concept is, ‘I wish you were mine but you’re not,’ then the structure can make you feel that too. For example, in John Mayer’s first Grammy winning song ‘Your Body Is A Wonderland,’ the line happens three times. Three of course is an odd number. It makes you feel incomplete, unbalanced and unresolved. In my language, it makes you feel unstable. The fact that John says that line three times in his first chorus feels unstable, he wants more.

He drops you off the end of the building with the three-line chorus, making you want to go further. After the second verse, when they are getting it on, the second chorus, again uses three lines. It makes you feel unstable as you move forward.

You want love?
We’ll make it
Swim in a deep sea
Of blankets
Take all your big plans
And break ’em
This is bound to be awhile

Finally, at the end of the song he says it four times, the ‘let’s have a cigarette’ chorus.

The instability of the three-line chorus is something that he took away from Berklee. We talk about all the compositional tools that you have structurally, first, number of lines. An even number of lines feels stable and an odd number feels unstable. Second, line length – when two lines match, it feels stable. When they don’t match, it is unstable.

Eenie, meenie, minee, moe
Catch a tiger by the toe

Mary had a little lamb
Fleece as white as snow

Third, rhyme schemes can feel unstable. AABB and ABAB are very stable. ABBA as in James Taylor’s ‘Sweet Baby James’ is very unstable. Your rhyme scheme can create feeling all by itself to support whatever you have to say. Those are the ideas that John, Gillian, Tom Hambridge, and many other writers use to give their songs more depth and impact. It’s working. I have a student up for three Grammys this year. Her name is Ingrid Andress. She has a song called ‘More Hearts Than Mine’ and she really created a stir in Nashville last year. The song is up for a Grammy and she is up for a Grammy across all genres for best new artist. Her songwriting is doing that for her.

I want to get the Master’s Courses completed and I have to decide if I am going to create a book out of the work I have been doing on point of view. Much of the point of view stuff is in edited segments and has been published in ‘American Songwriter’ over the last couple of years. It is already out there, but I am not really sure if I am going to make a book out of it.

Don’t be afraid to write crap, because crap is the best fertilizer. The more crap that you write the more likely you’ll grow something amazing.