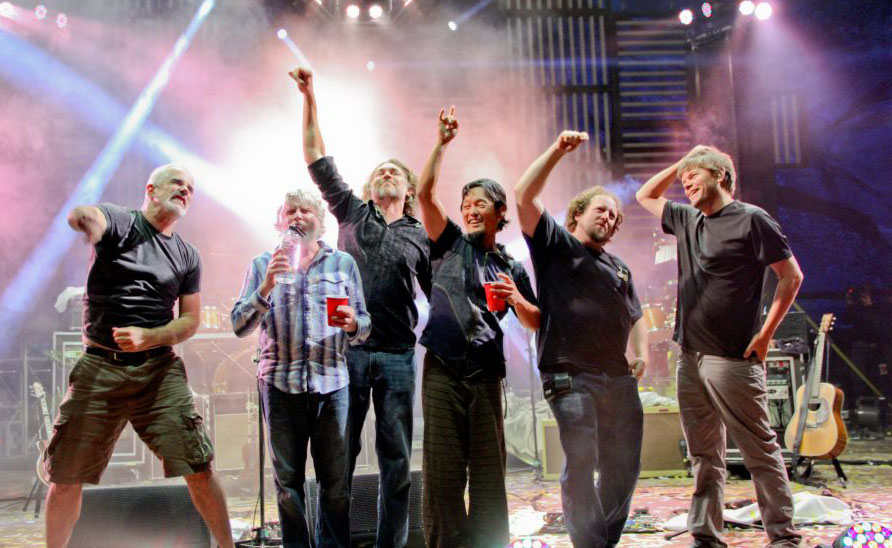 The String Cheese Incident have announced their final “Friday Night Cheese” broadcast of the year, and they promise it will be a special one. So special in fact, it won’t even be on a Friday. Join The String Cheese Incident on Thursday, December 31st for New Year’s Cheese. The stream will begin at 8pm ET that will start with a special 20-year anniversary airing of Evolution Concert Film. Evolution was filmed around the 2000-2001 Portland NYE Incidents and features performances and behind-the-scenes interviews.

Following Evolution at approximately 10pm ET SCI will air their 3-set NYE performance from 12/31/2016 at 1STBANK in Broomfield, Colorado. Home to six of the last seven New Year’s runs, 1STBANK has been SCI’s hometown venue for the better part of the 2010’s. “We love seeing friends and family gather with us in CO to ring in the New Year, and even though we can’t be there with you in person this year, we are REALLY looking forward to saying goodbye to 2020 and welcoming 2021, when we can hopefully get back to playing live Incidents again!”

The broadcast has been timed perfectly so that the Midnight Balloon Drop will line up with 12am Midnight Mountain Time. Master of Ceremonies, Jason Hann will be the host for the evening. “We’ve got some nice surprises in store as well. See you on Thursday, 12/31.”

20-year anniversary, behind-the-scenes look at “2001: A String Cheese Odyssey” in Portland, OR

Earlier this Fall, SCI announced that their 1998 album ’Round The Wheel will be available for the first time ever on vinyl. The 180gm Double LP is a must-own for fans of Cheese and vinyl alike. The record features fan favorites such as “Restless Wind,” “100 Year Flood,” and of course the title track, “‘Round The Wheel.”

For the launch of the new vinyl, Michael Everett’s cover artwork was used to create brand new exclusive t-shirts in both adult & youth sizes. Fans can package merch items together in a “Super Bundle” that includes the vinyl + t-shirt + a limited edition 12’x12″ poster, signed by the band.

Pre-orders of ’Round The Wheel are available now HERE, and the album will begin shipping in early 2021.