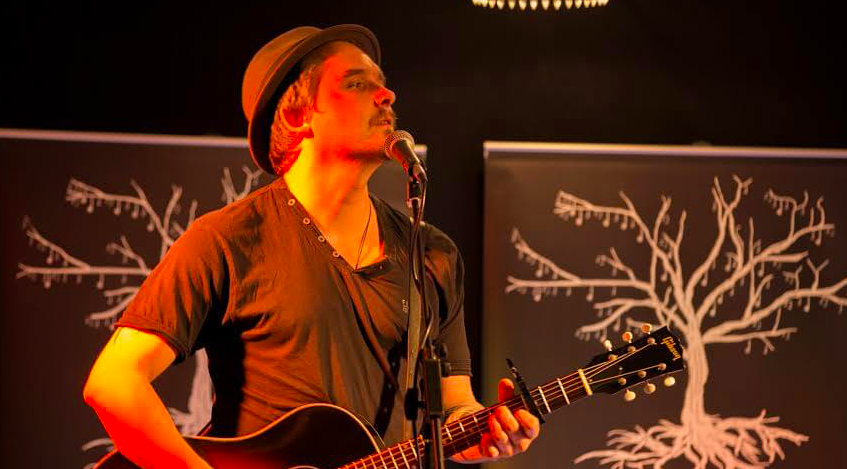 Sean Taylor is the ultimate road warrior whose inspirational, genre-defying music for the past 20 years has been inseparable from his life as a political activist, peace and justice campaigner. Sean’s recent highly acclaimed Live in London album confirmed his credentials as one of the most influential and gifted musicians of his generation.

Blues has its roots in voices that refused to be silenced by oppression, including slavery and segregation — music which expresses basic human feelings of suffering and injustice. To this extent, Taylor is the consummate bluesman who has fearlessly spoken out about contemporary scandals including homelessness, disasters like Grenfell and what he believes to be the sad, broken state of a dystopian England.

On Lockdown (Sean Taylor Songs), Sean’s frustrations and anger during nine months of isolation in a world turned upside down surface more passionately than ever before. 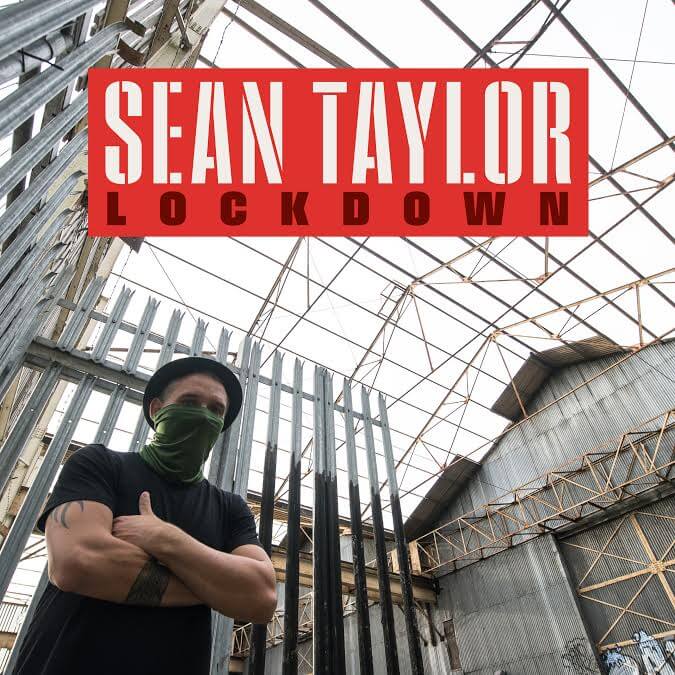 “Because we are fighting for our lives, now is the time to take sides. No more scapegoats. We are all complicit in our staged democracy. More people have died from coronavirus in the UK than any other country in Europe. The UK and America have been at the forefront of this failure of capitalism. The impact of Black Lives Matter, and climate justice campaigns, and Free Palestine movements challenge the establishment, offering hope and resistance. In this time of economic and political unrest, minorities become the common enemy and are used as scapegoats.”

Seven out of the ten tracks, mainly recorded at home, are political spoken word pieces from Taylor who plays guitars and electric piano accompanied by Austin, Texas producer and collaborator Mark Hallman on drums, bass and Hammond organ. The first of these is “Herd Immunity Part 1” with its eerie repetition of the slogan, “Stay Alert/Die Quietly/Don’t Complain.”

With its metronomic drumbeat backing, “The March Is On” deals with the impact of environmental destruction particularly on the poorest, “creating a global mass movement of planetary defenders/From Extinction Rebellion to First Nation Warriors.” Despite its somber piano accompaniment, “No Borders” portrays a world where refugees are welcome and diversity is celebrated. “Fear is the prison that holds us/Racism is the poison that divides us.” It may be a monologue, but Sean delivers the chorus lines of “Beauty in diversity/ Beauty in who we are”‘ with emotional depth.

The positive side of lockdown is evident in a glorious solo rendition of “Moonlight Sonata,” Taylor having learned to play classical piano during his time at home. Next up is another atmospheric spoken word track, “Black Lives Matter,” with its anti-racist mantra: “How many worlds will you shatter/Before you realize Black Lives Matter.” The words of Angela Davis ring out to the sound of the piercing electric piano and guitar notes: “If they come for me in the morning they will come for you in the night.”

Sandwiched between the spoken word tracks  “Palestine” and “Herd Immunity Part 2,” Beethoven’s “Für Elise” is the second beautifully played classical piano piece. A piano and percussion instrumental, “Lockdown” precedes the finale, “Free To Do,” which takes on the corporate social media giants or “emperors of tyranny.” The haunting, screaming saxophone of Joe Morales adds drama and intensity to the message, “Log In/You are free to do as we tell you.”

Taylor’s relentless expression of strong and challenging views across such a wide range of global issues will generate many types of responses and opinions. Lockdown is not an album for the faint-hearted, and listeners will find it dark or uplifting, or both, depending on their own experiences and perspectives.

Above all, this ground-breaking piece of music cannot be ignored as it demands a response, forcing people to confront the bigger picture of humankind and society today — and to decide where they stand in relation to what they see. These factors ensure Lockdown’s status as an intriguing, historically significant and much talked about album of this decade and beyond. What shines like a beacon throughout is Sean’s sincerity and strong commitment to his pursuit of truth, and the expansive lyrical and music creativity involved in communicating his principles with such potency and clarity.