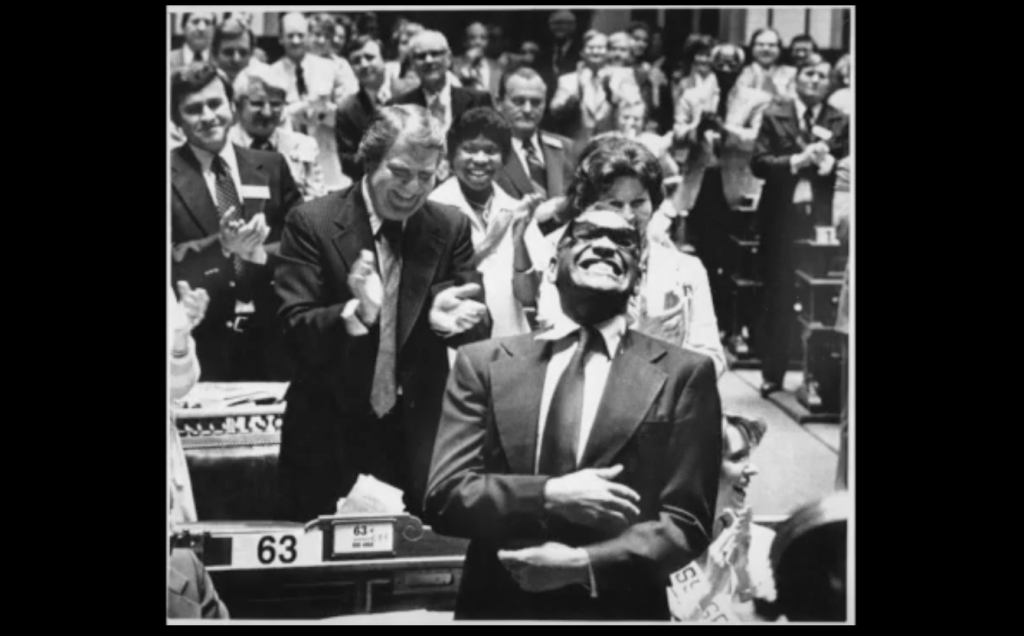 With the voter registration deadline for the Georgia runoff election approaching this Monday, December 7th, a diverse group of musicians have joined forces to energize the voting public that turned Georgia “Blue” for the first time since 1992, releasing a powerful reinterpretation of “Georgia On My Mind,” made famous by Ray Charles.

Enlisted by volunteers with the DNC, who worked closely with Stacey Abrams during the 2020 General Election, the group includes Spin Doctors’ drummer Aaron Comess, keyboardist Ben Stivers, rock/soul singer Danielia Cotton, and up-and-coming rapper Mickey Factz, performing new lyrics that touch on systemic racism, voter suppression, and the importance of the black vote. The accompanying music video incorporates archival news footage from the past few 60 years to illustrate the importance of the black vote in US political history.

“I refuse to be inactive in this moment or any other moment like this,” said Danielia. “To be able to use my voice to educate and make others aware of what’s at stake seems natural and the right thing to do.”

“All my career, I have been involved in politically using my voice,” added Mickey. “My platform is meant to encourage people and this record is no different. Plus I just moved to Atlanta, which gives me more credence to speak out.”

The outcome of Georgia’s runoff election will determine control of the United States Senate, impacting President-Elect Joe Biden’s ability to carry out his policy agenda. With key legislative initiatives like health care, stimulus, and Supreme Court nominees on the line, the results will impact everyone in the United States, and even around the world.

*Feature image: Screengrab of “Georgia on my Mind”