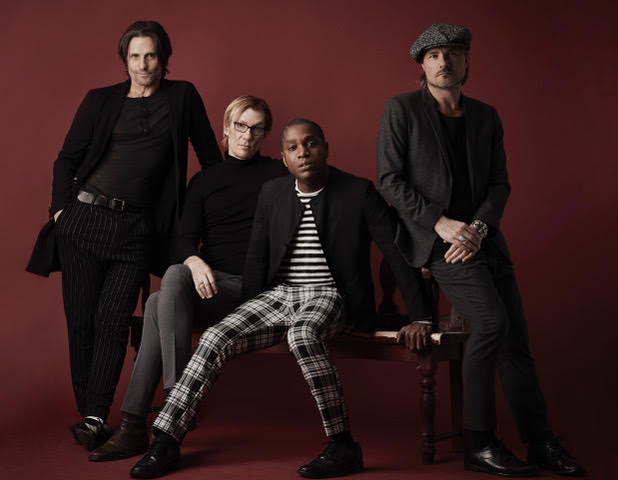 “We couldn’t think of a more soulful way to help get out the vote in Georgia, than to have Vintage Trouble be a part of this call to arms. Not only are they a world-renowned band, but they share our faith that, indeed, Music is the Healing Force,” said Tom and Laura Ray.

On January 5, 2021, Georgia voters will decide on new representation in the US Senate. Neither of Georgia’s Republican Senators received a majority vote in November, thus necessitating special rematches in January. The outcome of the new runoff, which will take place two weeks before President-elect Joseph R. Biden’s inauguration, will determine legislative power for years to come.

Early voting begins December 14. The official election day is January 5, 2021. There are approximately 23,000 young people who turned 18 between November 3 and January 5 and are now eligible to vote. Their vote could help determine the course of the election.

“The usual challenges of getting people out to vote are exacerbated by a runoff as well as this pandemic. We created this video to share our support for our neighbors in Georgia, especially first-time or new voters in the belief that voting is an essential right,” said Joan Lipkin.

Georgia’s late Congressman John Lewis, who was responsible for helping pass the 1965 Voting Rights Act, is acknowledged with narration, “We vote to honor the efforts and the sacrifices of our elders and ancestors. In Georgia, we continue the work of the late, great Congressman John Lewis.”

Vintage Trouble lead singer Ty Taylor states, “We wanted to combine aspects of the song “Georgia” with “What’s Going On” in a kind of groove. Thanks so much for the invite to this party. What an honor.”

Vintage Trouble, who has toured with major artists such as The Rolling Stones, The Who, and AC/DC, and has received recognition as rock music’s “best kept secret,” are currently recording their next album. Tom ‘Papa’ Ray is President of Vintage Vinyl, in addition to a Radio Host at KDHX and Executive Producer of Papa Ray’s Vintage Vinyl Roadshow. Laura Ray is the Co-Owner of Vintage Vinyl, she is also the Co-Producer and Director of Listen to Your Mother – St. Louis”.

Joan Lipkin is an internationally recognized, multi-disciplinary theatre and social activist. She founded Dance the Vote and most recently founded and orchestrated “Make Good Trouble: Why John Lewis Inspires Me to Vote,” a national contest for college students, presented with Webster University.