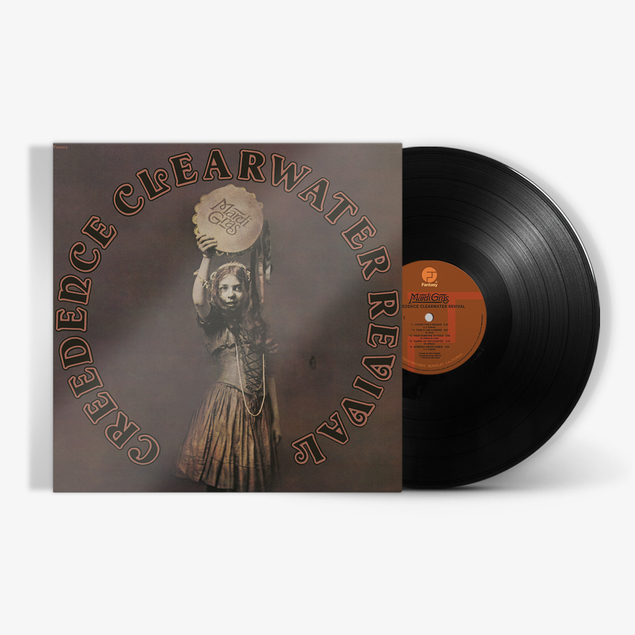 Craft Recordings continues their salute to the enduring musical legacy of Creedence Clearwater Revival with the release of half-speed mastered editions of the band’s two final albums: Pendulum, their closing studio album released 50 years ago, and 1972’s Mardi Gras.

Pendulum, which marked CCR’s second release of 1970—following Cosmo’s Factory—was a unique title in the band’s catalog for several reasons. First, the album was the group’s sole LP to feature all original material. Typically, CCR sprinkled covers of blues songs, traditional material, and rock ‘n’ roll standards into each of their albums, putting their own spin on classic favorites. Pendulum also found the guitar-heavy group expanding their sonic palate—experimenting with new sounds (including the use of saxophones, vocal choirs, and keyboards) and even venturing into psychedelia.

The quartet’s musical explorations paid off. Not only was Pendulum a critical success, but it also spawned two global Top Ten hits: the reflective “Have You Ever Seen the Rain” and the upbeat “Hey Tonight.” The singles, released as a double A-side in 1971, peaked at No.8 on the Billboard Hot 100. Other highlights included the stomper “Molina,” the bluesy “Pagan’s Groove” and the twangy “Sailor’s Lament.”

Recently, “Have You Ever Seen the Rain” gained renewed popularity with the 2018 launch of a new official music video featuring Sasha Frolova, Jack Quaid, and Erin Moriarty (the latter two also featuring in Amazon’s smash hit series, The Boys), introducing the song to a new generation. To date, the video—available on the official CCR YouTube channel—has received over 61 million plays.

Creedence Clearwater Revival’s seventh and final studio album, 1972’s Mardi Gras, followed the departure of founding member and rhythm guitarist Tom Fogerty. The album, however, found the remaining trio of musicians taking a more collaborative approach to songwriting. Prior to Mardi Gras, frontman John Fogerty was the band’s creative leader—writing, arranging, and producing the majority of every album.

For Mardi Gras, bassist Stu Cook and drummer Doug Clifford not only penned many of the tracks (including Cook’s hard-driving “Door to Door,” and Clifford’s rollicking “Tearin’ Up the Country”) but also sang on them. Other highlights off the album include a cover of the rockabilly classic “Hello Mary Lou,” as well as the Fogerty-penned rocker “Sweet Hitch-Hiker”—a Top Ten hit in the US, Australia, Canada, and across Europe. The poignant “Someday Never Comes,” meanwhile, marked the group’s final single.

While the band members went their separate ways after Mardi Gras, Creedence Clearwater Revival’s legacy only continued to grow. Today, CCR remains one of the best-selling groups of all time, thanks to their trove of generation-defining hits and their singular, roots-rock sound.

Roughly half a century later, CCR fans can enjoy a new vibrancy when they revisit Pendulum and Mardi Gras, thanks to the exacting process of half-speed mastering. Using high-res transfers from the original analog tapes, the process involves playing back the audio at half its recorded speed while the cutting lathe is also turned to half the desired playback speed. The technique allows more time to cut a micro-precise groove, resulting in more accuracy with frequency extremes and dynamic contrasts. The result on the turntables is an exceptional level of sonic clarity and punch.

Both of these special pressings were previously released only as part of Creedence’s collectible, seven-LP The Studio Albums Collection box set, and follow standalone reissues of the band’s first five albums—available here.

Earlier this year, the three surviving members of CCR spoke with Uncut and reflected on their time in the band. “We didn’t get to where we got just falling off a log,” said John Fogerty, as he spoke of the band’s tireless work ethic. “It’s a wonderful thing to have a goal and then to attain it, more or less.”

Stu Cook compared the band’s rise to “a rocket ride, we went up so fast. We burned until we burned out, in three-and-a-half years from start to finish.” But, while brief, those years together brought the group unparalleled creative achievement and global success. “We had a magic band,” recalled Doug Clifford. “We got high playing the music.” Fogerty added that he was “humbly pleased” knowing that, 50 years later, CCR’s music “is still relevant, that people still care about it. That’s just so satisfying.”