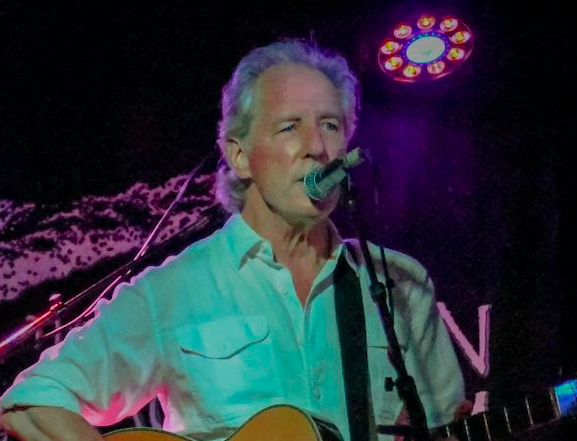 Chuck McDermott, a music veteran with 40+ years in the industry, releases the new video for his single “Here’s the Thing About America,” from his upcoming 7-track EP, 38 Degrees and Raining.

Releasing at a vulnerable time in American history, the video presents visuals of Americans from all walks of life, in their daily lives and challenges, illustrating McDermott’s deep contemplation of the state of his country. The song features the talents of Marco Giovino (drums), Marty Ballou (upright bass), and Phil Grenadier (trumpet). 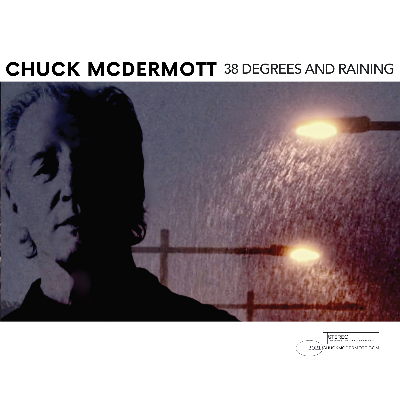 McDermott draws his inspiration from his 30+ years of experience in politics and environmental activism, working for the U.S. Rep. Joe Kennedy II, as well as under the late U.S. Rep. John Lewis, and more recently, with President Joe Biden on the Arts Advisory Council. With his combined passions for politics and music, it is no surprise that McDermott addresses his concerns about his country in this poignant ballad. McDermott describes the song as “a lover’s quarrel with the country I dearly love.”

I wrote the song back in April of 2020 when covid had already locked us out of the studio. One day, with a guitar and a notebook and no specific plan in my head, I started absent-mindedly banging on the guitar, pacing back and forth, and a simple chord progression began to emerge. At this point, I’ll often start just mumbling words, they may make no sense but sometimes they get me started lyrically. In this case, the first thing out of my mouth was the phrase “Here’s the thing about America….”.

I could be rightfully accused of being a political junkie. So when the opening line challenged me to opine about the country, the lyrics came very quickly. “She’s as dirty as she’s clean, she’s as gentle as she’s mean”. I believe that. There are things we do really well and things at which we are miserable failures. The song ends saying that we can move ever closer to our national ambitions, that “they’re ours if we claim it, if we must then let’s reshape it”.

I changed a few lines over the next day or two but essentially the song was written in about a half hour. Here at the barn studio, I laid down acoustic and electric guitar parts, a vocal and a synth pad. I emailed all that to Marco who added some dramatic percussion, then on to upright bass-ace Marty Ballou for his contribution and finally to jazz trumpeter Phil Grenadier who laid down a note-perfect restrained muted trumpet part. Bam, done.

I was very happy with how it had turned out. But for months I didn’t think it was a fit with the rest of the record, so I set it aside…

Born in Dubuque, Iowa, Chuck McDermott has managed two illustrious careers over the past five decades, both in music and in politics. He began his music career in the late ’70s in Boston as frontman of the popular country band, Chuck McDermott and Wheatstraw. He later relocated to Southern California to start a rock band and met The Kingston Trio’s John Stewart, with whom McDermott recorded and toured as his guitarist. Throughout his music career, McDermott has released __ albums and has performed with a number of music legends, including Linda Ronstadt, Lindsay Buckingham, Roger McGuinn, and John Stills.

2. You Always Do That To Me – Sometimes

3. We Will Walk Through the Streets of the City

5. Hold Back the Water (Remix)

7. Here’s the Thing About America