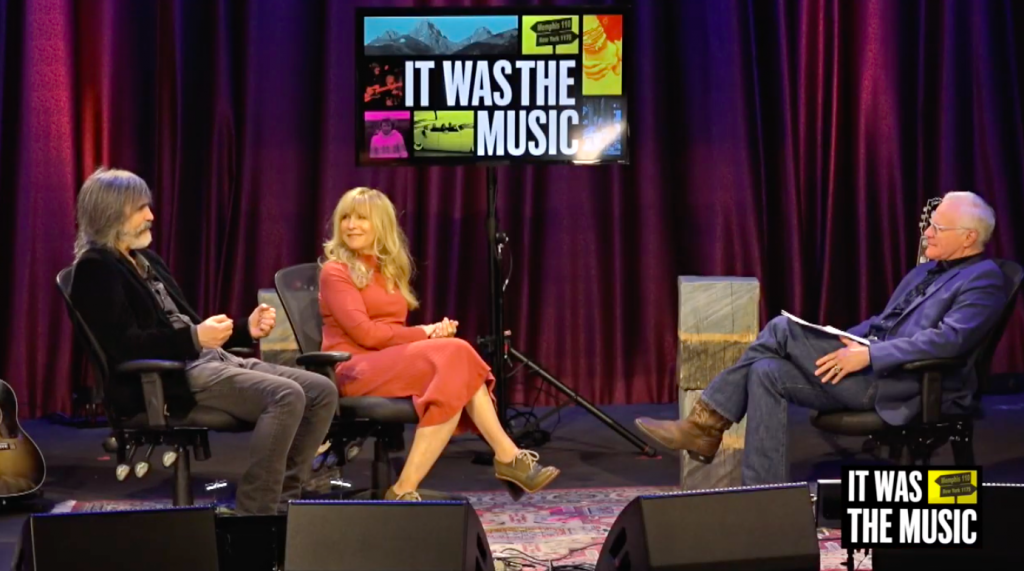 It Was The Music is celebrating Episode 4 of its 10-part series chronicling the lives and love of veteran musicians Larry Campbell and Teresa Williams, with a special Livestream event featuring Campbell and Williams along with special guests Rosanne Cash, John Leventhal, and Buddy Miller. The Livestream, available on FANS, is hosted by David Keith and starts at 8 PM Eastern on Sunday, January 17.

Directed by award-winning filmmaker Mark Moskowitz (Stone Reader) for Red Poppy Music, It Was The Music premiered Sunday, December 13 on FANS, the leading concert, and music streaming platform, as well as on Amazon. The entire series is available on Amazon, Vimeo, and on FANS where the series unveils incrementally, debuting a new episode each Sunday through February 21.

Beginning on a Friday afternoon on Williams’ seventh-generation farm in Peckerwood Point, TN, It Was The Music follows Campbell and Williams over 15 months on the road; as they journey to Campbell’s native New York City and the couple’s home in Woodstock, NY; to recording studios, clubs, and theaters across the country. Highlights throughout include exclusive live performances from intimate venues to jam-packed music festivals, culminating in its grand finale with selections from the star-studded “The Last Waltz 40th Anniversary Celebration” presented by Lincoln Center, at NYC’s Damrosch Park.

Larry Campbell is of course one of Americana’s most well-regarded multi-instrumentalists and producers, known for his extraordinary collaboration with the late, great Levon Helm on three GRAMMY® Award-winning albums as well as his role as an invaluable session player and sideman for such iconic artists as Bob Dylan, Paul Simon, Willie Nelson, and Hot Tuna. Steeped in traditional gospel and years of performing in musical theatre, Teresa Williams has earned applause for her extraordinary voice and a resonant love for American music that bursts forth in her work with Levon Helm, Hot Tuna, Phil Lesh and Friends, Little Feat, Jackson Browne and Shawn Colvin.

Mark Moskowitz is an internationally acclaimed producer and director, hailed for such award-winning documentaries as Stone Reader, which drew applause in theaters and film festivals around the world en route to being named as one of the ten best films of 2003. Along with his full-length work as a documentarian, Moskowitz is widely known in the world of political media, directing thousands of issue-oriented ads for Democratic political candidates at every level, spanning local to national candidates in 49 states. Along with It Was The Music, his upcoming projects include Art Stops Here, a feature documentary about art collectors slated for release in 2021, as well as Slum Runners, a powerful film about youths trying to find their way out of Kibera (Nairobi) by competing as long distance runners.