Jeremiah Johnson – Making the Best of the Worst Times 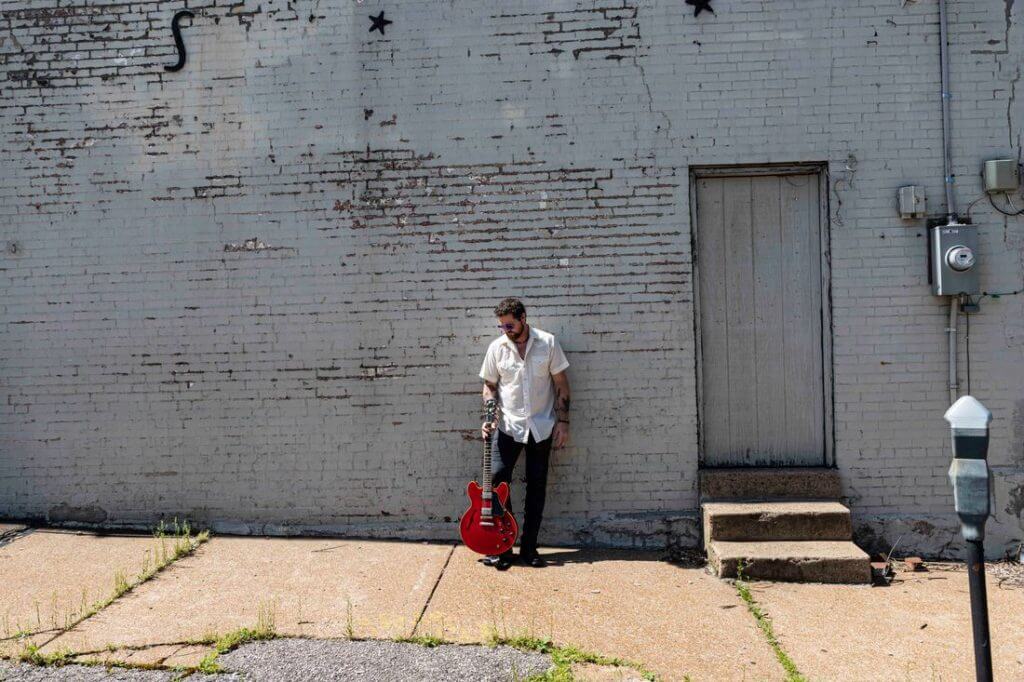 Tune in to BB King’s Bluesville or nearly any blues radio show, and you’ll hear the music of Jeremiah Johnson. Born and raised in St. Louis, Johnson’s early influences include Alvin Lee, Eric Clapton and Hank Williams (both Sr. and Jr.). It was these influences along with inspiration of the St. Louis blues environment that first stimulated him to pick up a guitar at age six.

In 1999, Johnson relocated to Houston, where he began to infuse Texas blues into his STL repertoire. The mashing of these two genres, along with Jeremiah’s own Americana additions created a popular sound. For three consecutive years he won the Houston Regional Blues Challenge. He returned to The Lou in 2009 and two year later was the proud winner of the St. Louis Blues Society IBC Challenge, going on to the semifinals representing St. Louis in Memphis, TN.

Johnson self-released 9th & Russell, and Brand Spank’n Blue, back to back in 2010 and 2011. In 2014, filmmaker Gary Glenn filmed on of Johnson’s concerts using it of the basis of his docu-concert film named Ride the Blues. The following year Jeremiah first broke into the Top 10 on the Billboard Blues Album Chart with his Devon Allman produced Grind. In 2016, Blues Heart Attack, spent five weeks in the top 15 and peaked at No. 5 on the Billboard Blues Chart. After signing a record deal with Ruf Records in March of 2018, Jeremiah immediately went to Texas to record his debut Ruf Records release, Straitjacket, with BMA award winning Mike Zito producing. Straitjacket peaked at No. 6 and has been near the top of the RMR charts ever since. He released the Southern rockin’ Heavens to Betsy on February 14th, 2020 giving him his first ever No. 1, and began the year touring with the Ruf Records Blues Caravan as well as separately with his band. Then the Covid-19 Pandemic shut down the industry worldwide.

“I’ve kind of changed from being a night owl to having to wake up early. I have a 15 month old little boy, so I’m up early to take care of this guy,” Johnson says. “This is one of the things that’s kind of good about the pandemic. I would have been on tour for 137 dates in Europe last year, but as he spent the first year of his life, I got to be home with him the whole time. He knows his dad real well. (laughs)”

New fatherhood aside, 2020 was a kick in the teeth across the board, particularly in music. Venues closed down, festivals cancelled, artists could neither perform live, nor gather in the studio to record. “It was bad for the entire industry,” Johnson agrees. “For me it was even more devastating in the sense that in 2019 it was the first year that I became a full-time musician. I quit my day job at the beginning of the year and toured with Mike Zito in Europe and around the Northeastern United States. So 2020 was going to be the first year that I did some extensive touring. Most of my dates were scheduled with the Ruf Records Blues Caravan, but I was also scheduled to be on the Legendary Blues Cruise for the first time. It was really supposed to be a kind of breakout year, and I had high hopes for it.

“I’m not the kind of guy that’s going to sit around and cry about it. It’s another day now. I just had to move forward. I’m going to get through this thing one way or the other, it was just kind of bad timing for me because I had quit my day job. But I ended up recording another album. I let my whole band go, and hired a new group of guys and decided to go with more of a power trio than the big sound, five piece band. With the pandemic, paying five guys was just nearly impossible. I had been wanting to go to a power trio anyway.”

Johnson’s new power trio sound can be heard on the aforementioned new record. Entitled Unemployed Highly Annoyed, the album hit the streets on October 30th, again via Ruf Records. The other two musicians working with Jeremiah are Tony Antonelli (Devon Allman Project) on drums, and Paul Niehaus IV on bass and keys.

“The pandemic hit while I was in Europe on tour,” Johnson begins. “At the time we thought this isn’t going to be any big deal. But it obviously more serious than we thought, and I ended up spending a few months at home. That’s when I decided to get a couple guys I knew here in town. Paul Niehaus owns his own studio here called Blue Lotus Studios, and so I got with him and said, ‘Hey, I’ve got some songs here, let’s put out an album, release it online and try to make a little money.’ We picked up Tony Antonelli, got together and recorded.

“Now the thing is, I’m signed with Ruf Records, so I had to at least let them hear it first before I could do anything with it. They liked it so much that they sent me a contract in two days, and said, ‘let’s release it.’ I was shocked. I mean I didn’t think they’d want to do that. But that one hit No. 4, with the power trio band that you hear now. It’s kind of exciting because with a power trio, it’ll be easier for me to bring these guys to Europe when we finally can. In the meantime, we’ve been doing our best to try and find shows in places where they’re allowing live music. The Nebraska area, Kansas City and Florida, and we had a trip scheduled down to Texas but that got cancelled because two of us got Covid. Yep, I’m a Covid survivor. I got pretty sick but I didn’t go to the hospital. The worst of it was about four days and then I pulled out of it.

“I’m lucky, because I’m able to book small venues and keep playing when possible, even though sometimes we have to raise the ticket prices a bit just to get paid. Lots of bands can’t afford to do that.”

Several acts have taken to virtual performances. Trying to make their living by performing online and either selling tickets or accepting tips. “I’ve tried to stay away from them,” Johnson says even though he is scheduled to perform a virtual concert with us at American Blues Scene on Friday, January 22nd. “I’ve literally only done a few. But I’ve received so many messages from people non-stop asking that I do virtual shows, that I’m going that route. I decided though that I’m going to do them the best I can. I recorded this show in high definition. Now, if people can’t donate money, if they don’t have any money, hey, I understand. But I’m trying to bring some music to some people. We need it right now more than ever.

“The reason we’re doing the virtual show in January is because, it’s cold. There’s no outside shows. The restrictions on everything have been tightened. Here in St. Louis, they’ve even closed the restaurants. I mean, now that it’s cold and we can’t do outside shows, the places where we could play inside are being shut down. We don’t want anything for free, but we worked really hard on this show. There’s four cameras going. We recorded it live in Blue Lotus Studios, so it’s been mixed and mastered as if it were a live album. You can crank this up when you’re watching it, and it’s gonna sound killa!”

For an artist to keep smiling, keep writing, keep performing and keep his or her head above the financial water line has been no easy feat in a world that seems to be against live music at its soul. A pandemic shows no love for the artists, for the venue owners or for the music fans who are figuratively dying to see a show. Jeremiah Johnson, with his Midwest roots and sensibilities keeps plugging along, finding time to be a father, bandleader, songwriter, and artist.

I’m still trying my best to keep things going and stay moving forward during this tough time. Part of that means learning new things, and performing in new ways until we can get back to jamming out again.

Jeremiah Johnson can be seen live at the following venues: