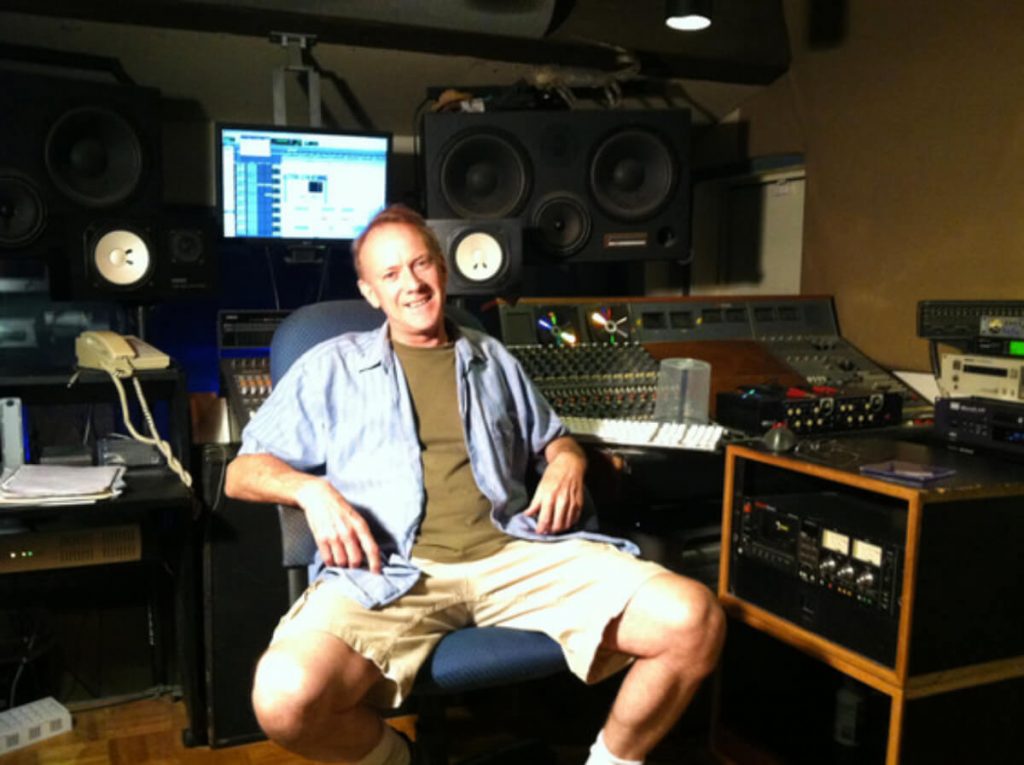 Scott Herzog has been a recording engineer and producer since 1979. He has worked with artists such as: Zen Guerrilla, The Friggs, Pink Slip Daddy, Kenn Kweder, Dumptruck, The Disco Biscuits, The Dead Milkmen, The Bogmen, Schooly D and many others.

Scott says, “A few of the albums have gone gold and many are well known underground and Indie records- I’m proud of them all. Producing an album is a lot of responsibility, like a pilot landing a plane.” Scott has always been musically talented and growing up on Nantucket he played in a band called Thee End starting when he was 12 years old. Scott also plays lead guitar in The Cobalt Blues Band, Philadelphia’s premier authentic Blues band. 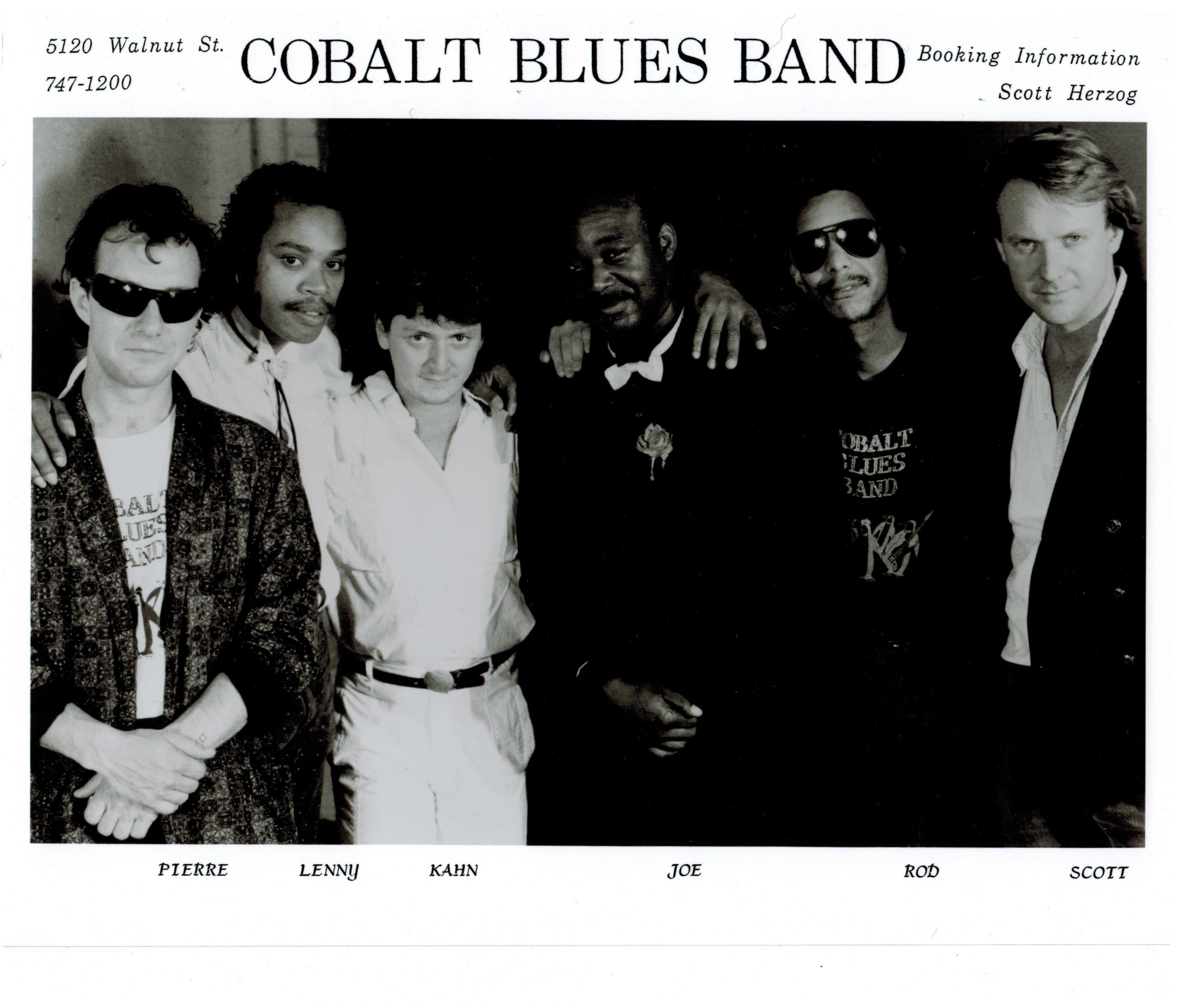 When I was 11 years old I was in a band with my fifth grade friends- we bought all our instruments from the Sears mail order catalogue and we played whatever was on the radio. Later, I went to an all-male boarding school with older classmen and there was a lot of time to hang out in the dorms. Some of the older people I was hanging out with had really old Blues records. They were listening to Guitar Slim, Magic Sam, Lead Belly, Howlin’ Wolf, Jimmy Reed and Mississippi John Hurt. Mississippi John Hurt had a huge influence on my guitar playing. We also used to listen to a lot of B.B. King and Albert King.

I started learning about the differences between early Blues and Rock music. I liked Cream, John Mayall, and Long John Baldry. Also The Yardbirds, The Rolling Stones and the J. Geils Band were great. When I went to the University of Pennsylvania, there wasn’t that much music going on. It seemed like there were only two bands, but there was a real Folk scene back with the Philadelphia Folksong Society and The Cherry Tree Coffee House at the end of Locust Walk on the Penn campus. The Folk scene was on campus in the 1970’s. When I graduated, I stayed in Philadelphia and formed a band called The Benders. 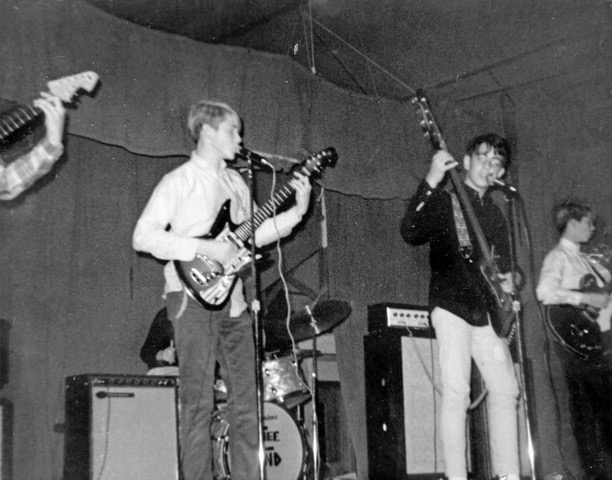 Can you talk about the Cobalt Blues Band?

During one of The Benders gigs, Rashidii Reynolds, saw me play. He was a West Philadelphia young Blues singer and piano player. We became friends as he liked my Blues playing. He wanted to form a real Chicago Blues band. He wanted me to play guitar and I was on board. We had a great bass player named Rodney Burton. Lenny Gordon played the drums, and he is a great Blues drummer. Rashidii brought in Kagan Arik; he’s a Turkish guy and he plays a great guitar.

We rehearsed in Kagan’s apartment basement in Powelton Village and started to get real city gigs. For the next seven years, we played every Thursday, Friday, and Saturday night in downtown Philly at the Cypress Club on 11th and Cypress and at Zacharies. We were the house Blues band. Rashidii was an amazing Blues singer and was in the band for the first two years and then he took off to Berlin. Joe Becton joined The Cobalt Blues Band as a harmonica player and he became the lead singer when Rashidii left.

How did you get into recording and production?

When I was young and listened to the radio, I thought the groups were playing at the radio station. I didn’t grasp the concept that somebody was playing records and the group wasn’t there. I watched The Dick Clark Show and groups played there. Once I learned about records, I started buying them and I became very interested with the different sounds. The Beatles and Beach Boys records had amazing production. Around this time, I was writing songs and they weren’t very good but I was trying. My parents bought me one of the first little cassette players and I used it to record myself. While I was in college, I learned about multi tracking. There was an Akai four track reel to reel on sale at a store in Center City and I took some of my tuition money and I bought it. At the time, I was living in a fraternity and I set it up in my room. I had a microphone I plugged in. It was very crude and I had no idea what I was doing, but I did a lot of recording.

When I graduated from Penn, I was working at a bar called La Terrasse and I met a guy named John Wicks. He also had a four track. We decided to open a little recording business above the bar and restaurant on 34th and Sansom. It was on the third floor and that is where Third Story Recording came from. At first, we just had two reel to reel four tracks and we bounced back and forth to make more tracks. Eventually, we bought an eight track. The main reason I started recording was to record myself. I wasn’t trying to become a recording engineer or a producer at the time. Once we started to do it, it became my job and career.

Who have you recorded and produced?

That is a long list. Early on I recorded most of the bands in the early Philly punk scene including The Stick Men, Sic Kidz, Transfactor, The Dead Milkmen, Head Cheese, Bunnydrums and many others. They were a Funk Punk Philly band and I did a few records for them. They were really good. I did a lot of early Punk stuff. I also did a lot of early rap records. I recorded PSK with Schooly D. Some people say it was the first Gangster Rap Record. There are a lot of people I recorded who are famous and some are not. Later, I recorded & produced a bunch of the Zen Guerrilla records. I think I did six records with them. They went on to sign with Sup Pop and they were very good. I worked on a lot of the Alternative Rock acts from the nineties.

You are related to the famous painter, Herman Herzog?

My great, great grandfather, Herman Herzog, was a landscape artist who moved from Bremen Germany to 41st and Pine in Philadelphia in the 1860’s. He traveled throughout Europe and America and his patrons included Queen Victoria, the Grand Duke Alexander of Russia, the Queen of Hanover, the Countess of Flanders and other European nobility. When you look at his paintings you cannot believe the detail and the atmosphere. His son, Lewis Herzog, my great grandfather, was a fine Impressionist painter. They were both great painters.

I want to continue recording and producing artists I believe in, playing the guitar, songwriting, as well as traveling and learning other languages. I have written a lot of songs and I am starting to put them out on various platforms. I am more interested in writing again and focusing on my songs. I want to focus on being more creative.

*All photo images provided by the artist