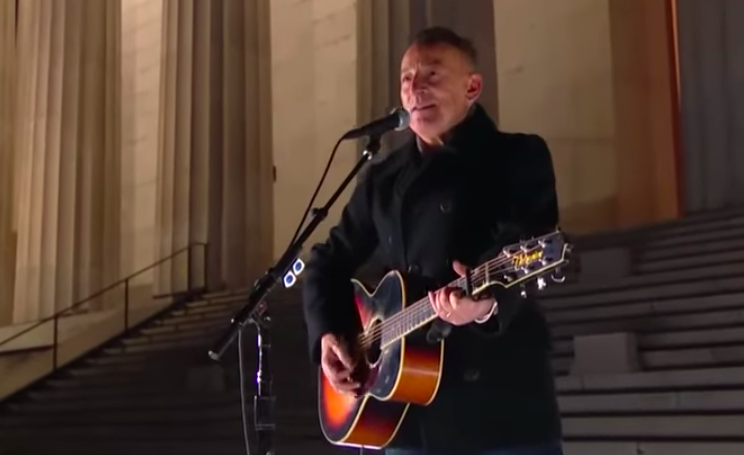 In case you missed it yesterday, Bruce Springsteen kicked off the primetime inauguration TV special Celebrating America (hosted by Tom Hanks) with a passionate performance of his 1999 song “Land of Hope and Dreams.” Released on several live albums, the song wasn’t released as a studio recording until 2012’s Wrecking Ball.