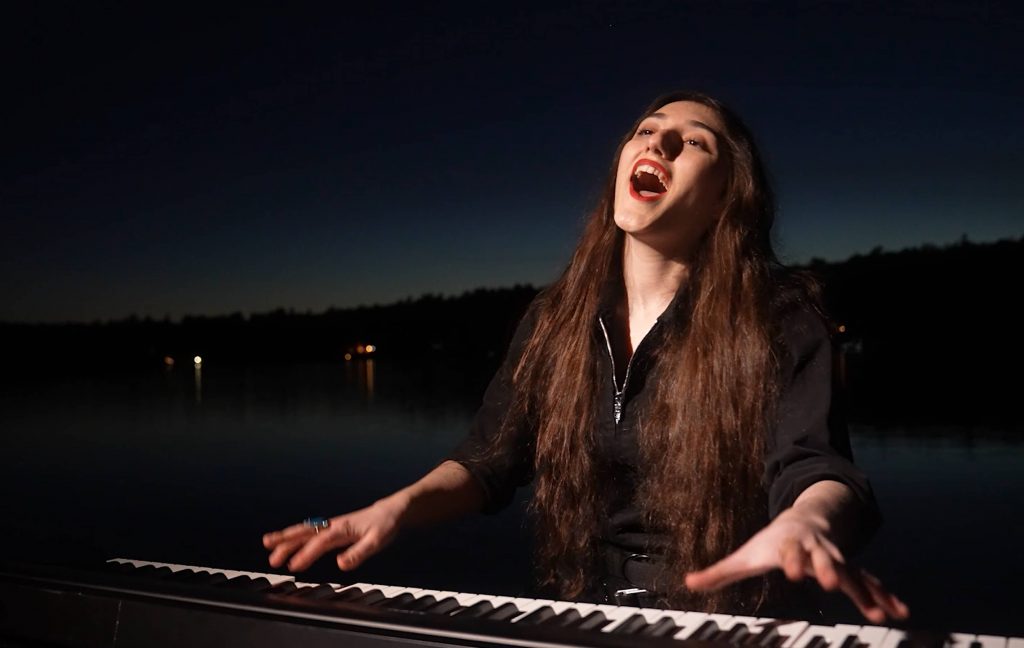 Veronica Lewis delivers big with her debut album You Ain’t Unlucky on Blue Heart Records. A seasoned pro and award winner at 17, Lewis rocks the piano and electrifies audiences with music that’s exciting and energetic, yet rhythmically complex and challenging. Her strong, expressive voice is punctuated with a light and delicate vibrato, belying her age. Blues progressions are a launching point, evolving into original songs with stories that are both thought provoking and humorous. Lewis’ soaring vocals and serious keyboard chops will get you moving, while serving it all up with a little New Orleans gumbo filé rhythm on the side. Her tight, straight-ahead trio of piano, drums (Mike Walsh), and sax (Don Davis) delivers a stunningly “full-on” sound made for dancing, as Veronica belts out a message made to heal the soul. 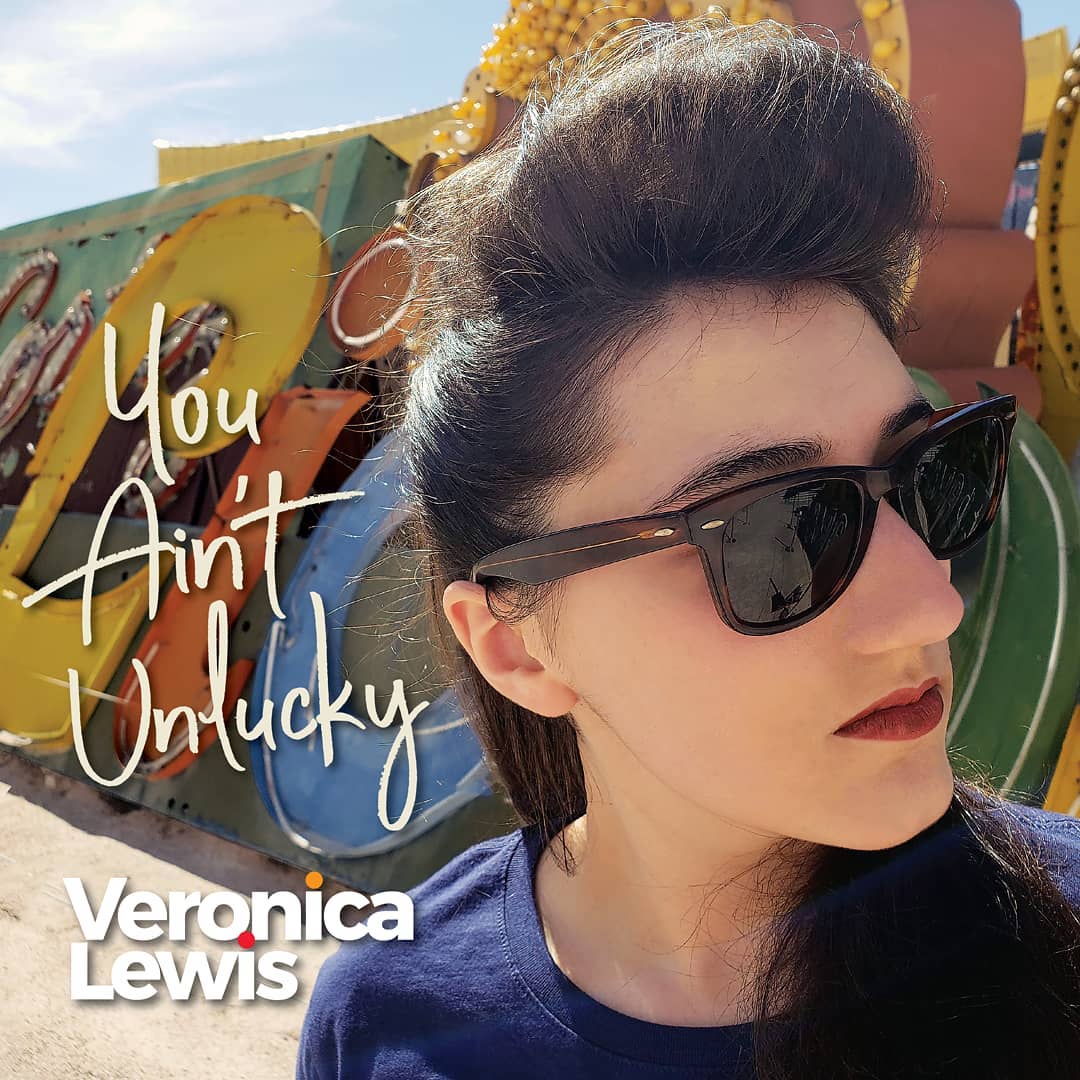 With one foot in the 1950s and one foot in the future, Lewis pays homage to her influences – Katie Webster, Otis Spann, Jerry Lee Lewis, Pinetop Perkins, and Marcia Ball (who gifted Veronica with a keyboard skirt after sharing a stage with her). Lewis has also studied with GRAMMY® nominee and 5X BMA Award winner Victor Wainwright. Combine this with the authentic approach to her self produced album, and Veronica captures the essence of a time when only talent and passion dictated the success of a recording.

The highly anticipated drop of You Ain’t Unlucky features 8 songs (6 originals and 2 covers), including the inspiring and uplifting title track, a call to action to remain grateful for the good things in your life no matter what happens. “Put Your Wig on Mama,” a song Veronica wrote to her own mother, is a simmering pot of bumpin’ groove gumbo that could be cookin’ in any south side Chicago joint. In “Clarksdale Sun,” Veronica exclaims, “we’re gonna’ beat down the angry sun with a boogie woogie bass and drum,” and that is exactly what she does in this scorcher.

There is also “Fool Me Twice” a war cry to not put up with other people’s foolishness, propelled by rhythmic changes and an infectious hook. In “The Memphis Train,” Lewis imagines herself on a symbolic train of dreams and opportunity, riding down to Memphis with no one on board but herself and her piano heroes. “Ode to Jerry Lee” is a straight ahead rockin’ piano instrumental she wrote for the Killer. Put your seat belt on for this one! In addition to the 6 stellar original compositions, Veronica offers a total make-over of the Louis Jordan tune “Is You Is My Baby” with a brand new musical interpretation. She also honors one of her heroes, Katie Webster with a modern spin on “Whoo Wee Sweet Daddy.”

At the age of 17, Lewis stands should-to-shoulder with seasoned professionals, having won Blues Artist of the Year 2020 at the Boston Music Awards. She has also won the 2020 Boston Blues Challenge and was named 2020’s Best Young Artist by the New England Music Hall of Fame. In addition, she is a four-time Granite State Blues Challenge Winner and recipient of the 2019 W.O.W. Rising Star Award. In 2019/20 Lewis traveled across the country from Nashville to Los Angeles playing her music at packed venues and festivals. She debuted at the Rhythm & Roots Americana Festival in Rhode Island, in Las Vegas at the Viva Las Vegas Rockabilly Fest, at the National Women in Blues Showcase and the 35th International Blues Challenge, both held in Memphis.

Every now and again, a young spitfire artist comes along to change the game, or at least up the ante. Veronica Lewis does both and we’re excited to exclusively premiere her video for “You Ain’t Unlucky.” The album You Ain’t Unlucky is scheduled to drop February 19th, 2021 via Blue Heart Records.

I imagined I only had one shot to lay it down in the studio, as if I walked into a recording studio somewhere back in time, like SUN or Stax and the producer just pressed the record button and said ‘Ok, Kid, let me hear what you’ve got.’ Then if I’m lucky, the roof lifts off the studio, and the rest is history! – Veronica Lewis