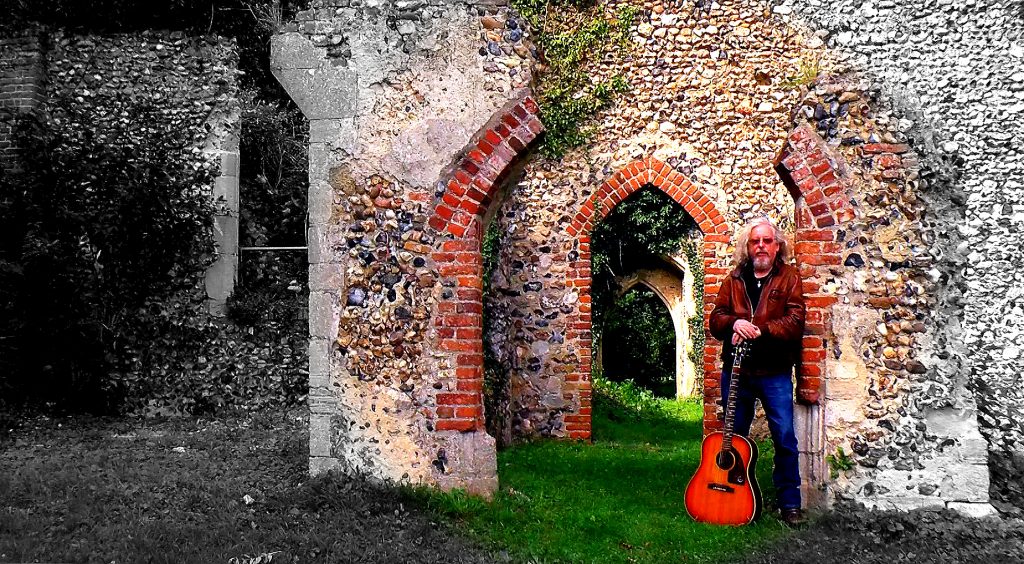 Blues patriarch Son House famously said “There ain’t but one kind of blues and that consist between a male and a female that is in love.“ Welsh born guitarist and singer/songwriter Dave Thomas has been guided by that axiom for over 50 years. From his beginnings in 1969 with the prog rock pioneers Blonde On Blonde, and on to his many forays through folk, rock, blue eyed soul, and roots music and leading his own Dave Thomas Blues Band, he has always shown a love for sad songs that explore matters of the heart. His new album One More Mile, the first in five years, was a decade in the making, and is the first of three new releases to come. The ten new tracks feature collaborations with great musician and songwriter friends including long time drummer for Van Morrison, Terry Popple, Canadian songwriter Tony Henderson, along with lead guitarist for Christie Moore, the esteemed Declan Sinnott, and the UK band Groundhogs. Some of the recording sessions date back 20 years to the 1990’s and 2003, presented as an eclectic mix of styles with original material and select covers that feature Thomas’ distinct vocal style. 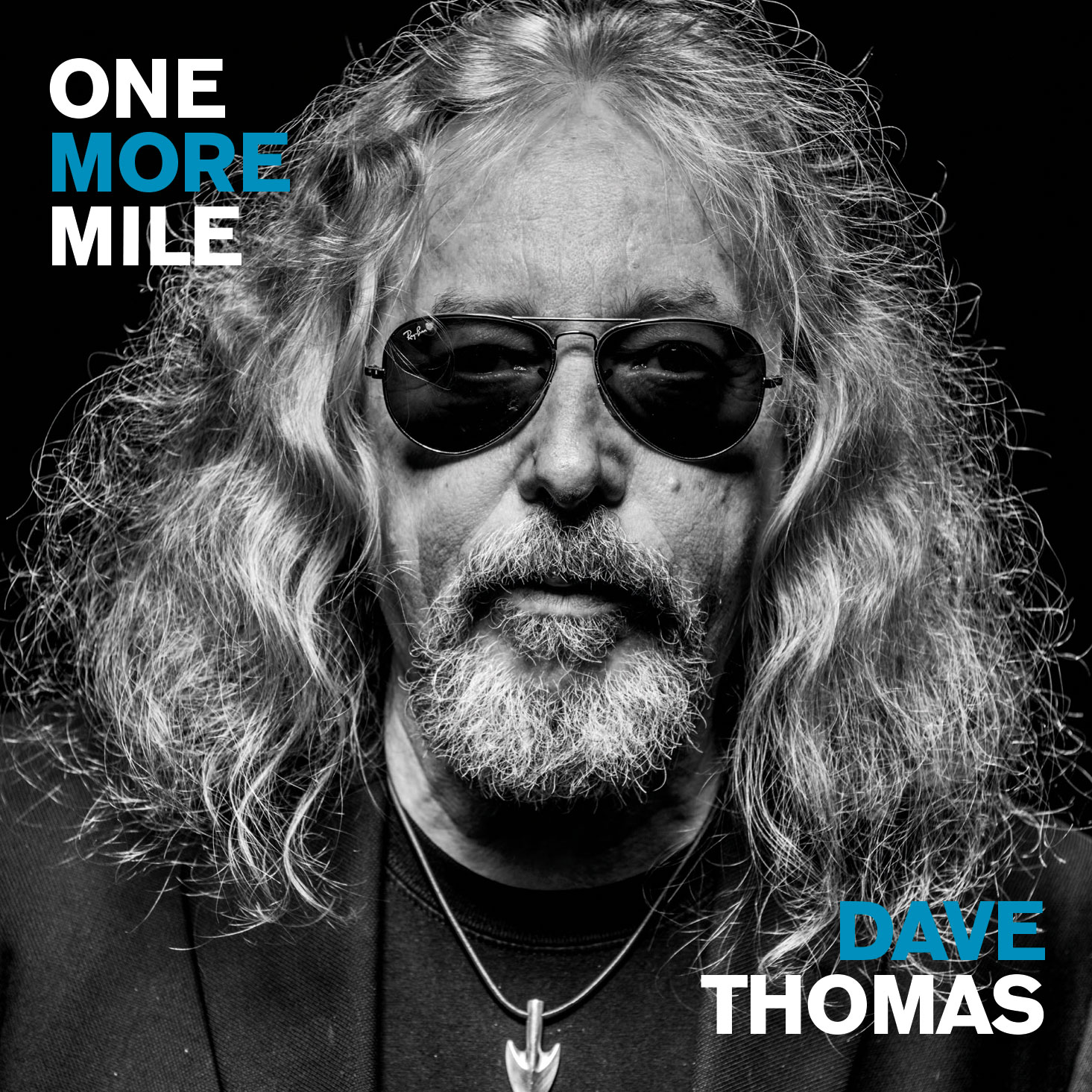 The album’s opening number would be the fulfillment of a dream for many singers. The sparkling arrangement of B.B. King’s “It’s My Own Fault,” places Thomas in the center of a precise combo and the dazzling horn section from the Travis Haddix Band. A real blues lover’s dream continues on the funky horn driven original “I Like My Chicken Fried” that features hot Hammond organ from Tom Arnold sparring with strong guitar from Thomas. He then pays tribute to the late great James Cotton by brandishing his harmonica skills on the cover of Cotton’s Chicago Blues classic “One More Mile To Go.” The Soul-Blues groove of “Poor Boy,” is a mesh of modern and traditional elements that draws comparisons to tunes from Robben Ford and Robert Cray. Irish multi-instrumentalist Declan Sinnott played all the instruments on three original tracks written by Henderson that sit in the middle of the album. Thomas enumerates on the plight of the working man on the acoustic ramble “I Want The Blues,” elaborating on his wish to leave the complications of the world behind and find solace in the blues. The delicate sonnet “You Danced In My Kitchen,” is a work of poetic brilliance with Celtic heart and soul. While the lonesome ballad “There’s a Train,” has bitter-sweet undertones that are punctuated by sweet harmonies and lyrical mandolin strains from Sinnott.

The project takes a psychedelic side trip to a studio in Bristol where The Groundhogs jammed out three more acid blues rockers from the trios 1970 album, Thank Christ For The Bomb, penned by first generation British Blues disciple Tony McPhee. The high tenor vocal from Thomas plays off the roaring guitars on the environmental activism anthem prototype “Garden.” The time-shifting bombast “Eccentric Man,” which could be a lost gem from The Hendrix Experience vault is remade here with new fire. The session ends with the punk blues explosion “Strange Town.”

Dave Thomas has forged an international reputation as a blues artist and band leader over many years; a veteran of the British Blues boom of the 1960s. He continues to perform with the same enthusiasm and commitment that has driven him for over 50 years. He began with the blues but strayed into the rock realm during the early 70s as lead singer with seminal progressive rock band Blonde On Blonde, whose albums continue to be released and re-released all over the world.

Since the mid-seventies Thomas’ focus has been firmly back on the blues ranging from solo acoustic to big bands. For ten years he led the house band for Shake Down Blues which specialized in bringing black artists to the UK. Thomas has appeared at the Chicago Blues Festival on some of the main stages and has also been invited to play with Chicago based blues musicians including those who have worked with Muddy Waters and other Chicago greats.

Dave has been described as the blues musician from the UK, who plays closest to the Chicago style. His guitar playing has frequently been compared to B.B. King. He sings with true passion and a real feel for the blues. One of the greatest living exponents of Chicago style blues harmonica,Wallace Coleman, the only harmonica player to play with Robert Junior Lockwood described Dave as “a true blues man.”

Dave is based in Norwich where he has helped to establish a center of excellence for the blues in the form of the Fine City Blues Festival and the Fine City Blues Club which have been running for nearly seven years. The challenge of Covid-19 and subsequent lockdown has meant that all live music in venues of all shapes and sizes ended abruptly. Dave and his partners in Fine City Blues decided to take on the challenge and carry on as best they could using live streaming through the Fine City Blues Facebook page and other platforms. They have invited artists from the UK, the USA, and other parts of the world to perform live online for Fine City Blues on the same night that the club always ran – Thursday night. The remarkable thing is that FCB has seen an international fan base of true blues lovers rise rapidly into the thousands – over 17,000 at the last count!

I call it ‘One More Mile’ because it really feels like a lifetime journey that I’ve been on. And I’ve been playing music for well over 50 years, so the milestone is quite significant. The material comes from three different periods, the common theme is my voice, the music is in different styles, but they fit together well.

*Feature image by Peter Eveson – “The guitar is my favourite acoustic: a 1962 Epiphone Texan which I use with a DeAmond pickup. We’ve been together since 1974.” – Dave Thomas