Jared Feinman: Murder Balladeer’s ‘Love is an Obstacle’ is the Anti-Valentine 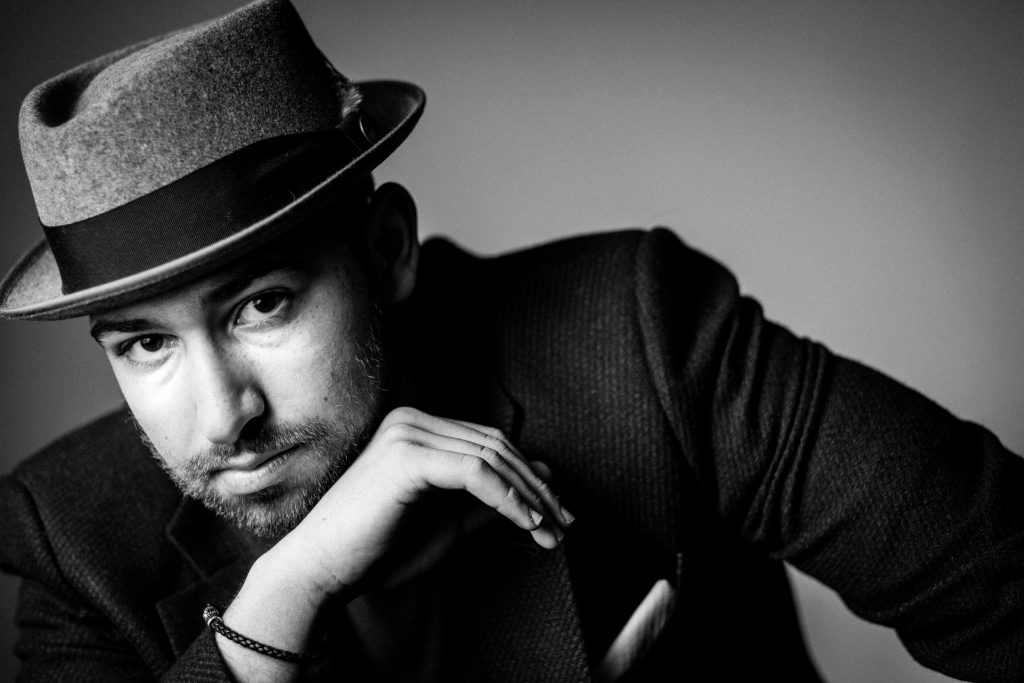 For Jared Feinman, music has always been an inherent force. He began learning piano at age six. He later practiced under the renowned jazz educator, the late Jimmy Amadie at age fifteen, and studied songwriting at Berklee College of Music. Tomorrow, at age 28, Feinman delivers his debut LP Love is an Obstacle via West of Philly. 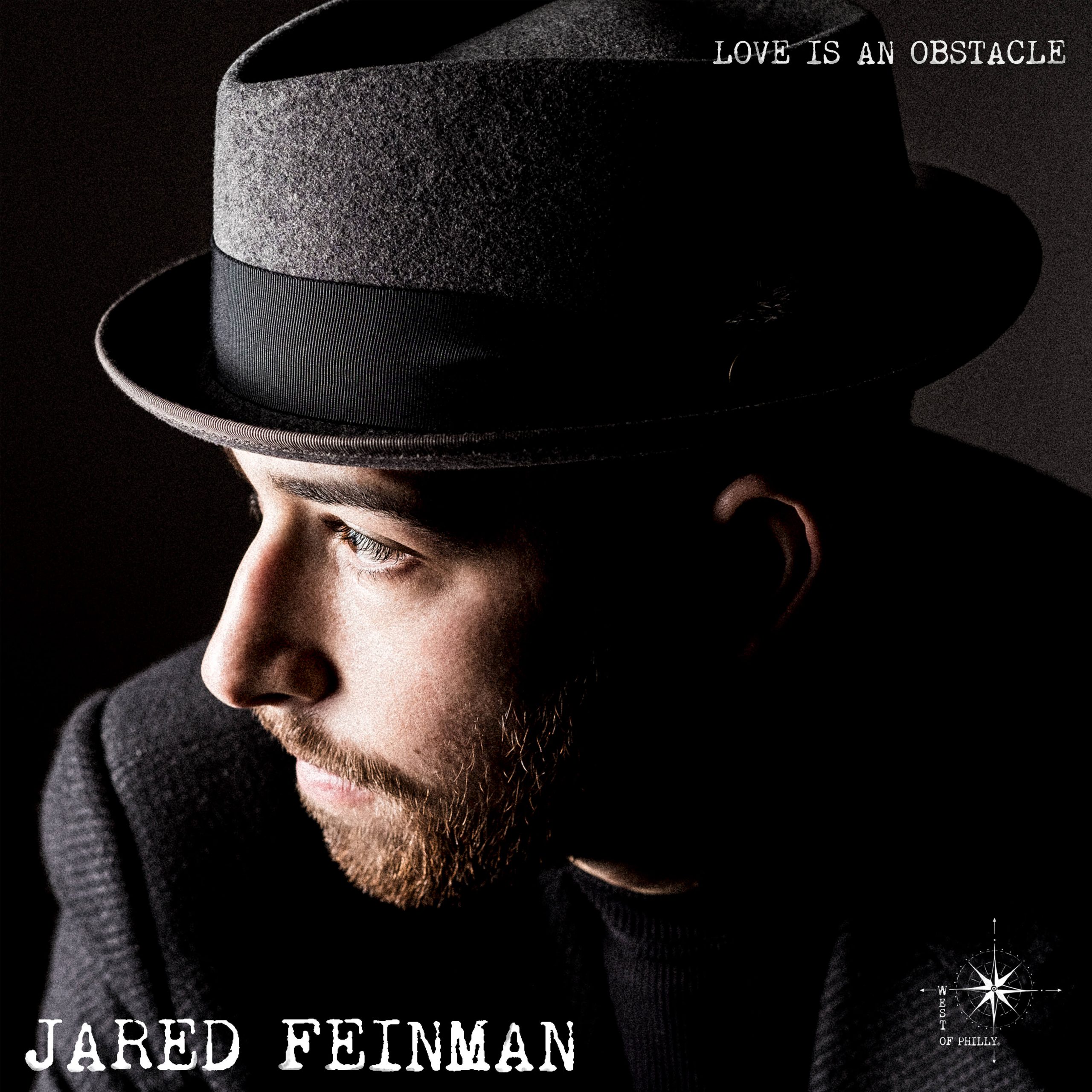 Feinman describes Love is an Obstacle as “love songs for the lovelorn and murder ballads in time for Valentine’s Day in the midst of a global pandemic.” The songs are delivered in “clusters” rather than sides, and that’s just one of the idiosyncrasies  of Jared’s debut release.

We recently had the chance to speak with Feinman, and dig a little deeper into his first LP offering.

Let me start by saying I absolutely loved “Butterflies and Blues.”

Thank you. Yes, that is actually the first track on the album.

Which comes out February 12th, just in time for Valentine’s Day.

Correct. ‘Love is an Obstacle’ is like the anti-Valentine’s Day album. It’s full of heart-breaking songs for the people who may be in a tough spot in their love life.

Did you sit down to intentionally write the Anti-Valentine?

I didn’t really have that in mind until I had a bunch of songs. The title of the album seemed to dictate the progression. A lot of tension, and yearning for something, and of course a lot of love songs. The title track definitely came from a personal heartbreak, first girl friend thing. The emotion is on it, but not all the details are real. That’s the craft. I think that most of the songs on this album come from a real, honest place, but I have to work on it as a songwriter to make them the best songs I could.

When you recorded the album, did you use band members or session musicians or both?

You have to remember the album was recorded over the course of two-and-a-half years. The drummer is mostly the same throughout but there is probably fifty different musicians on the record. A lot of it was recorded with my friends, and friends of friends at Berklee. Then when I came back to my hometown of Philly, I worked with incredible string session players, and Gospel singers. I didn’t really get a rhythm section together until we started playing shows around Philly. Now I’ve been playing with the same trio for a little bit. At least before COVID happened.

I noticed that Love is an Obstacle is put together in what you’re calling clusters.

I wanted something different than just a side. Clusters, to me, is the concept I had from the beginning. They are clusters of tracks that just kind of hit together. Sometimes it’s the lyrical content of the songs, sometimes it’s musical sounds coming before and after each other. They’re the tracks that I think stick best together. Most of the clusters are three songs, but one of them is two longer songs; the title track and ‘(Let’s Sing For) Love and Be Free.’ I call that one the Yin/Yang of love.  They’re almost opposites but they still fit well together.

Do you consider yourself more of a jazz artist or do you even define yourself by genre?

That’s a good question. I’m definitely a songwriter first. Genre wise, I have no idea what to call it (laughs). It’s a mixture of jazz, blues, and pop. Kind of reminiscent of the 50s in places while some of it sounds more like it’s from the 70s. ‘Butterflies and Blues’ is definitely a blues song. I was listening to a lot of Robert Johnson, Bill Withers, and Nina Simone at the time. I think there’s a lot of different genres on the album which is interesting, but also hard to explain to other people.

Jazz is definitely in my background. I mean I had some incredible jazz instructors that made a long-lasting impact. One of those was Jimmy Amadie who was Mel Torme’s accompanist. He was just one of those old school cats who was very strict and detailed, but an amazing artist. He was responsible for a lot of my ‘feel’ or ‘touch’ on the piano I would say. But then when I went to Berklee, it opened up. I learned a lot of different styles, and did a lot of collaborating and playing with friends.

To answer the question, I would call it jazz influenced songwriting.

There seem to be a lot of mentions with you and murder ballads. What pulled you toward that particular style?

It’s funny. The photographer and videographer, Clay Patrick McBride, who I worked with on ‘Butterflies and Blues’ was the first one to mention murder ballads. I was like, ‘what does that mean?’ I really liked the phrase though. To me, it means songs that just murder you to your core. They’re just the most emotional and raw. Of course the murder ballad has a history of being these old folk songs actually about murder, but to me it just defines very raw, vulnerable songs.

So your definition of murder ballad isn’t necessarily about the narrative.

Right. It’s more the perception of how the music makes me feel emotionally.

You released a series of live performance videos prior dropping the album.

Yes. I wanted people to see me play. I’m really glad I did that because I didn’t really have any other videos out there. This way, people could actually watch me play live. I think Clay did a great job in directing and capturing them in a unique way. We shot all of those in one day. They were just one take performances, that I had to nail. On the third one we did, we only had five minutes left before someone else came in. He just put up his iPhone and did it in one take. (laughs) It was definitely a creative day.

You said it took a couple years to put this album together. Are you continually writing new material?

Oh yeah. I’m already working on the next batch of songs. I don’t really know how it’s going to pan out, but I believe it’ll become another album.

These are all original songs, but do you have a personal favorite track from Love is an Obstacle?

I wrote every song on this record, but if I had to pick one, I think it’s probably the one I finished up over the Fall, ‘Wait For the Judge.’ It’s my favorite at the moment. That one has more of a rock groove, and just feels more powerful. I also deliver more vocally than on the other songs. I used to be more attached to my songs but now it fluctuates. Actually, I’m favoring the new songs I’m writing now.

Since this is your debut album, can you define yourself to someone who may not know Jared Feinman?

I’d say at the core, it’s songs of major emotional integrity. Hopefully the music will keep the listener engaged throughout with the diversity of instruments; strings, Gospel choir, horns, and a lot of piano.

The double album, Love is an Obstacle hits the streets tomorrow, February 12th, and can be purchased here, on vinyl, or via all major outlets.