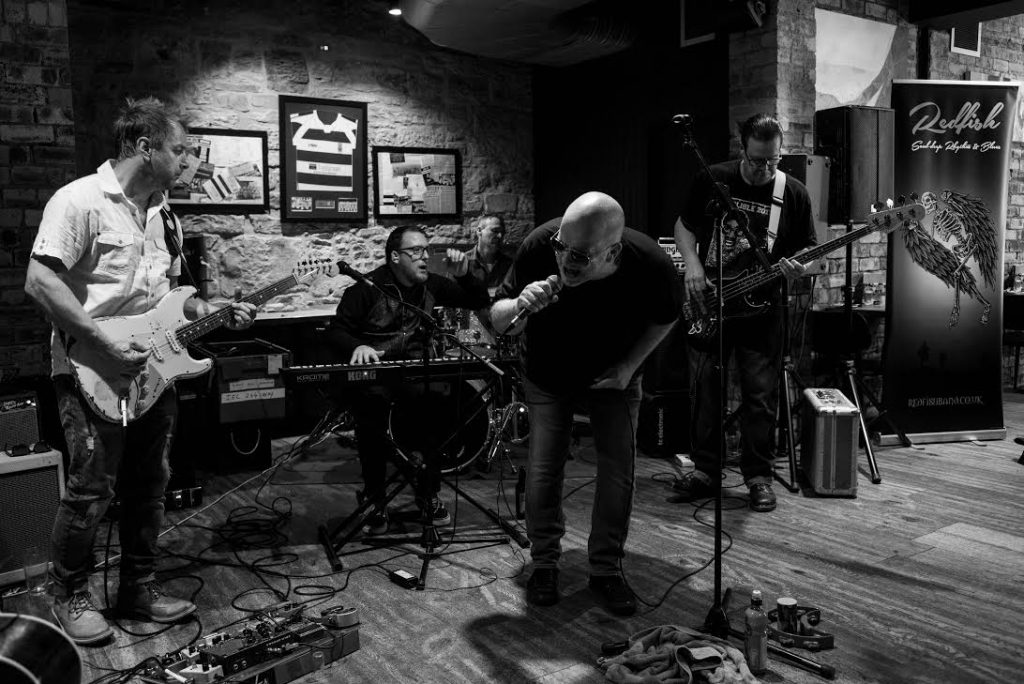 Redfish released their 2019 debut album of original material, Souls, which was acclaimed as a beautifully arranged, glorious, genre busting and breathtaking musical extravaganza. The upcoming follow-up EP, Songs From The Fire Station, was recorded live at the band’s monthly blues jam in the Old Fire Station, Carlisle, on the border between England and Scotland. It comprises four well-chosen covers which these talented musicians make their own as they explore and interpret aspects of blues, funk, soul and jazz. 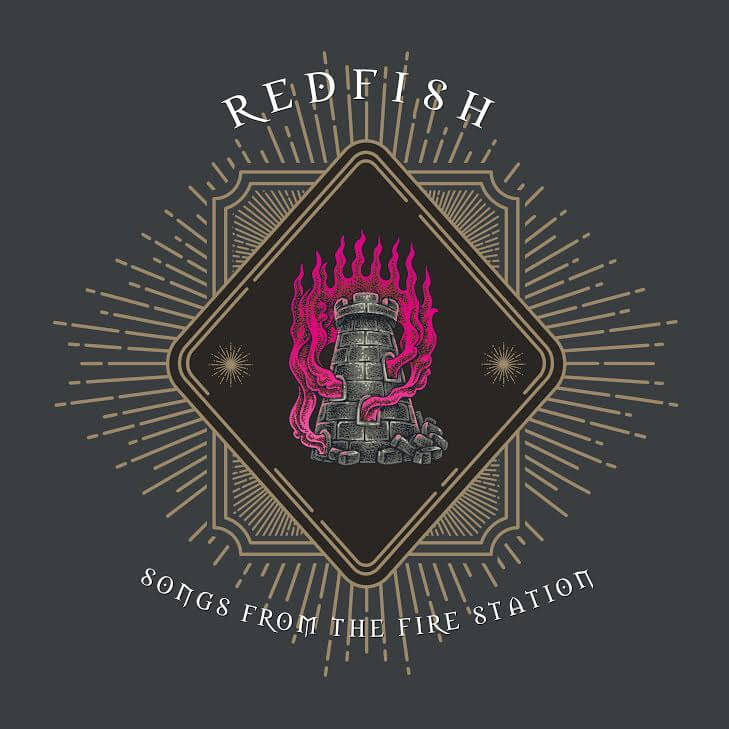 Bob Dylan’s “Meet Me In The Morning” opens with an innovative duel between keyboard player Fraser Clark and guitarist Martin McDonald underpinned by the precise funky rhythm of drummer Sandy Sweetman and bassist Rod Mackay. Clark and McDonald take turns to solo with considerable energy and panache throughout this epic performance, Stumblin’ Harris skillfully overlaying the vocals with intensity and drama. This version is reminiscent of Dylan’s collaboration with Jack White but possessing the uniqueness which Clark’s consummate keys add to the mix.

The high tempo “Give Me Back My Wig” with its raucous guitar work and machine gun, rapid-fire keys makes Hound Dog Taylor’s classic sound like a waltz. Harris milks the humor of the line, “You just give me back My Wig/Honey now let your head go bald.” It takes a genius to even attempt Taylor’s iconic style but Stumblin’ nails it impeccably whilst adding flavors and flourishes of his own.

“Bright Lights Big City” is mainly a straight forward 12-bar from the Jimmy Reed repertoire. However, its neat, nuanced groove just behind the beat, together with tasteful jazz-infused keyboard interludes, gives the song another dimension.

Bill Withers’ “Use Me” has a soul-funk vibe, the rhythm enhanced by guest percussionist Suzy Cargill. Harris uses his vocal range well, the interplay with MacDonald’s dynamic guitar riffs a superb feature as the song reaches its climax. By this point, Fraser and Cargill are in full-blown creative mode, held in check by the metronomic and dexterous bass and drums.

Much credit goes to Eden Dunn, live stage performance engineer, for such a clear and authentic sound, capturing the energy and enthusiasm of the musicians and audience.

“Listening through the archives of recordings we discovered these gems recorded at our monthly Blues Jam at The Old Fire Station,” states vocalist Stumblin’ Harris. “It’s been a challenge keeping engaged with our audience throughout the pandemic, we miss the live shows greatly and releasing this EP will hopefully give a bit of a ‘feel good’ vibe and a reminder of what we took for granted.”

The EP is available as a download from Bandcamp.