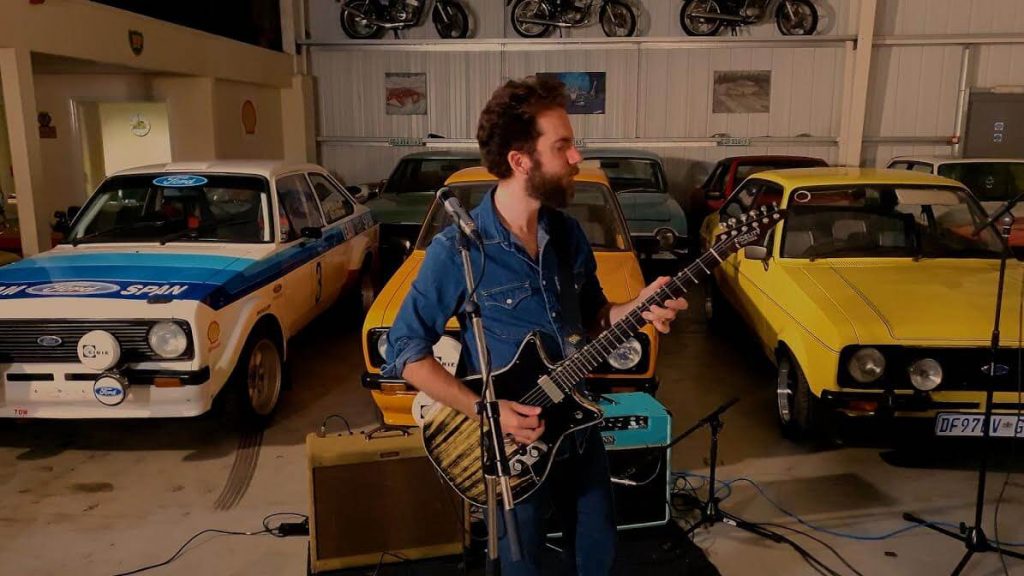 Recorded at Chamber Studio, “Swashbucklin” is a blues wailing party courtesy of its compelling riffs, muscular grooves and syncopated swing patterns. Wild and Christie provide the power, dexterity and timing to underpin Jed’s superb finger-blurring fretwork. Searing solos are complemented by understated interpolations reflecting the range of Jed’s guitar work. The intensity and infectious enthusiasm of his vocals show that Potts is definitely strutting and not walking these days: if falling in love has this effect, then more people should give it a try.

I wrote  “Swashbucklin” very shortly after returning from the States where I had played guitar on Brandon’s album The Longshot. Something about that experience inspired me to try to focus more on writing original material, and to try to develop a distinctive style in doing this. The idea of the word ‘Swashbuckling’ and particularly it’s usage as a verb made me laugh and felt very “Hillmansy” to me. And when I realized that it could be used as a metaphor to describe how good someone can make you feel it felt like a good starting point for lyrics. I liked having to figure out which types of characters could personify the concept of ‘swashbucklin.’ The pirate is fairly obvious, but the tomcat and the paratrooper slightly less so.

The song is now available to stream on all major platforms, and also available for download from Bandcamp.