Joyann Parker: Don’t Let the Makeup and Earrings Fool Ya 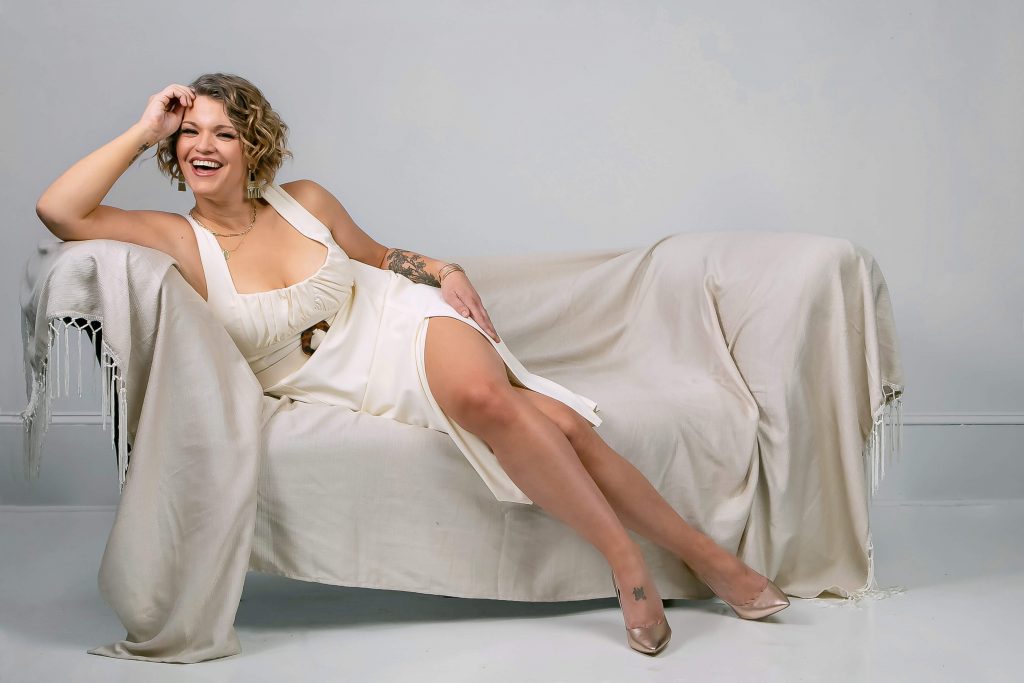 “Some people write from the scar, not from the wound. Some people can’t write while they’re bleeding, and I’m like that. I just focus on the kids.”

If you think a 40-something-year -old mother of two living in the Twin Cities can’t sing the blues and make it real, you haven’t heard Joyann Parker. Her second album, Out of The Dark, is about to come out. It’s a hybrid: a little bit of Patti Smith melodrama, a dash of Melissa Etheridge attitude and a lot of Ma Rainey bravada. 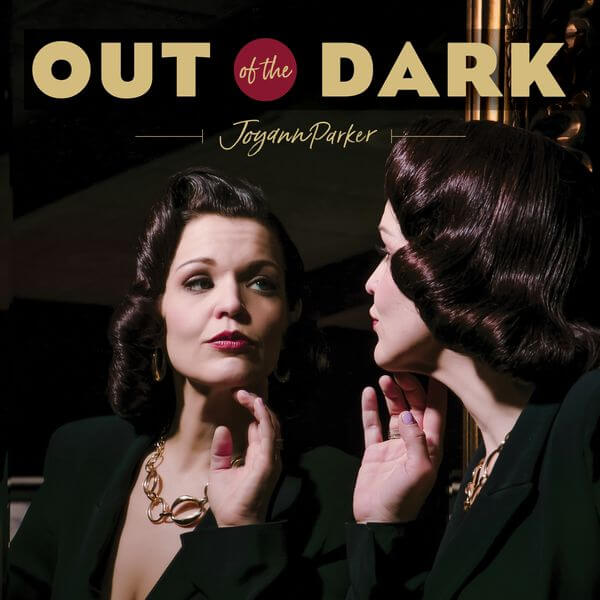 The pandemic has put Joyann through the same ringer as most of us. And, yes, she’s got some “scars,” but she’s healed most of the “wounds,” and in her music she exorcises the ones that remain. She didn’t learn about the blues until about eight years ago after she’d lived them, but she’s a quick learner.

Joyann has a music degree from the University of Wisconsin-La Crosse. “I wanted to make sure I understood what I was doing because so many people say, ‘Oh, I’m gonna sing in this genre,’ and they have no idea what they’re doing, and then they just decide they’re gonna do it and never learn anything about the instrument or the context of it or anything like that. And so, I did, I just went in and started at the beginning and learned about it.

“Then my guitar player who’s my musical partner, my business partner, Mark (Lamoine), he was leading a blues jam. He has been for years, and so I started going to that. Then I picked up a guitar and, yeah, I just kinda made my journey through all the varieties of blues, and from there obviously where it took me to R & B and soul and all that, and then I went back around to gospel and then everything else I loved.

“I realized what I really loved was interconnected, and that’s how you get all the mish-mash of things because I really do love it all. I realized there is that thread that was running through it all, and I didn’t know it until I found the blues, and I went, ‘Oh, this is what has been missing.’ It was like the chunk that was missing for me. So, that’s kind of the story.”

With titles like “Dirty Rotten Guy,” and “Predator” on her new album, it’s obvious where her wounds come from, but then “Bad Version of Myself” and “Come On Baby (Take Me Dancing)” beg the question as to who was the leader in some of these dances with a myriad of old boyfriends.

“I had enough trouble when I was younger, not starting writing until I was 38 or whatever I was, 37. You know, you have a lot to process. All those heartbreaks and things. A lot of them are just stories because I write stories partially about me or partially about somebody else. I always joke that a lot of my songs are about crappy ex-boyfriends ’cause a lot of them are. I had enough of those. I had a lot. So, it’s easy to write about.

“I’m home schooling (my kids). So, I focus on that and trying to find time for myself and keep working on that and forcing myself to write. It’s all I can do to get through the day and just make dinner and get the kids ready and all that stuff. And I have a tough time writing.

“Out of The Dark was supposed to be out in June. So, obviously that didn’t happen. We were in the studio making it, and everything stopped. So, it was good and bad. It was bad because it was frustrating, but it was really good because I was able to take a breath, not just with the record, but with myself and say, ‘Ok, what am I doing? Like who do I want to be? What do I want to sound like? What is that?’ I ended up writing the title track at that time. So, that wouldn’t even happen otherwise. That song and ‘Bad Version of Myself’ I didn’t have produced at all. The other songs were pretty much arranged. They were all set up.

“I knew pretty much what I wanted, but I gave (producer, engineer and mixer) Kevin Bowe (songs not yet done) to produce. I just gave them to him to produce. We just went in and edited. I went in. The drummer went in. We had to do the second half of the record much differently than we did the first half. But it was ok. It was good actually, and they said I would have those songs. I let him produce them. The first half was us all together in a big studio playing.”

“Bad Version of Myself,” “Out of The Dark,” “Either Way,” and “What Did You Expect” were done that way.

“I think those for sure we did after the shutdown, and I think all the other ones we were all together. Obviously, I went back in and did the vocals on some of that stuff. We did those all in like one day, and we never came back together after that.”

It would be too easy to call Out of The Dark an Americana album, but there’s too much of a primal scream here to give it that label. And though Joyann may dismiss her music as a “mish-mash,” the intensity of her delivery gives her significant blues creds even if she wasn’t introduced to the genre until she was in her 30s. This album delivers quite a pandemic punch. And don’t let the earrings and black dresses fool you; this lady is as much at home in a blues bar as she is at the country club on a Saturday night. And if she has to sequester, she’s not alone.

Out of The Dark is slated for a February 12th release.

Pre-order Out Of The Dark