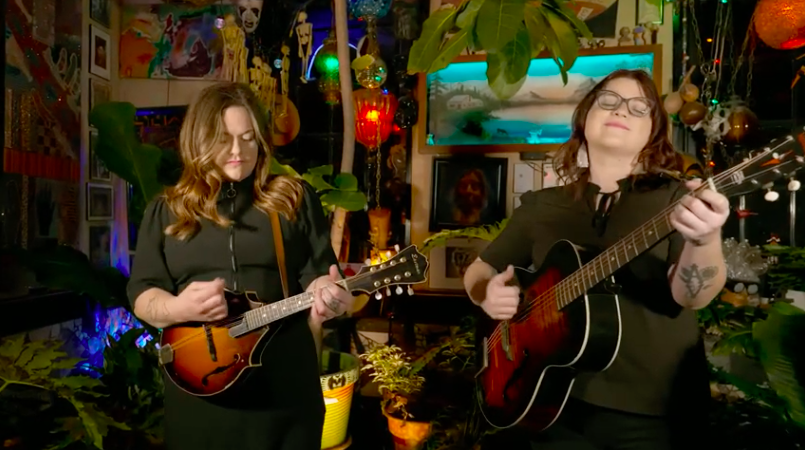 Today, the St. Louis duo River Kittens have released a remarkable cover of Bruce Springsteen’s “Atlantic City” giving the classic song a bluegrass makeover that is both refreshing and lively. River Kittens signed to Devon Allman’s label, Create Records, for their forthcoming EP due out this Spring.

The duo spoke about the track saying:

“Atlantic City” is a song that has always been close to our hearts. It’s one of the first songs Mattie ever learned on her mandolin. Its piece of music that has seen us both through hard times and loves lost. It’s a classic night cap tune for late night jams with our pals in St. Louis. It’s as much our anthem as any song we’ve written. We feel as though ‘Everything dies baby, that’s a fact…’ is a great reminder to not to take life so seriously, but also to live in the moment! It’s the original YOLO.

River Kittens signed to Devon Allman’s label, Create Records for their forthcoming EP, due out this Spring.

Following the release of “Atlantic City” River Kittens will join Devon and The Allman Betts Band for The Allman Family Revival, which will be returning for its fourth year in celebration of Gregg Allman’s birthday. This year the show will take place in Nashville, TN at the iconic Ryman Auditorium. This show will have limited and socially distanced in person attendance, which are now sold out. Streaming ticketing options available HERE.

River Kittens (Allie Vogler and Mattie Schell) sound like they’ve been singing together their entire lives. They sing like angels and fight like sisters, even though the pair first met and sang together at a metal bar in 2014. They’re salty and sweet, and sometimes sour too, but their two unique approaches blend together perfectly. River Kittens’ effortless harmonies and honest songwriting can move an audience to laughter or tears, sometimes both.