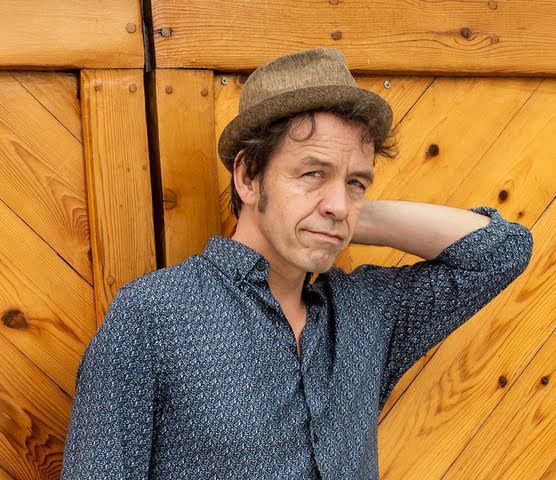 Veteran singer songwriter and powerhouse pianist Ericson Holt will release his new album 99 Degrees on May 16. American Blues Scene is proud to premiere the video for the first single, “Walking on Bourbon Street.” With 99 Degrees, Ericson Holt isn’t just chasing dreams, he’s living them. Holt wrote this ode to his favorite town just in time for Mardi Gras season.

Of the new track, Holt shares with ABS:

I wrote “Walkin’ On Bourbon Street” as a working man’s joyful love letter to New Orleans culture. And ode to the musical history, the mystery, the energy, and the eternal allure, of one of the great, essential cities of the world. I’ve got to get back down where my soul keeps goin’ …

Holt and his bandmates cut the majority of the album in just two days, and the result is a collection of raw, spontaneous, organic performances that breathe life everyday folks living on the margins, ordinary men and women struggling to get by, stay in love, and find a little bit of light in the darkness.

“Sometimes I write deliberately, and sometimes the songs write themselves,” Holt says. “But ultimately, there’s a part of me in every one of these characters.”

“I’m not really an activist,” he continues, “but there’s a power structure in this country that perpetuates disparity and everything that goes along with it. There’s a culture of fear and intimidation that’s meant to maintain the status quo, which just isn’t working for so many people.”

Yet rather than allowing his characters to wallow in heartbreak or bitterness, Holt insists on celebrating their resilience, their unwavering ability to find hope and beauty and meaning in even the simple act of survival. Perhaps no song embodies that notion better than the sweltering title track, which feels more than just a little autobiographical given Holt’s own journey. “I was freezing on those city streets chasing someone else’s hopes and dreams,” he sings, “while my soul was waiting in the sweet sunshine.”

Though he’s always considered himself a writer first and foremost, Holt began his career in Nashville as a sideman and studio musician, performing alongside the likes of The Mavericks, Allison Moorer, Mike Farris, Jim Lauderdale, Rodney Crowell, Delbert McClinton, and Lari White, among others. In 2004, he released his solo debut, The Blue Side. He followed it up in 2016 with the similarly lauded Broken Beauty, a bittersweet collection written and recorded in his adopted hometown of Key West, Florida.

Holt’s music may be steeped in the blues, but it’s the gray areas that fascinate him most. Recorded with an all-star band of Nashville heavyweights, the new album shines a light on the complications of life and love, exploring the almosts and the in-betweens, the missed chances and the could-have-beens, the close calls and the never-quites. The characters here contain multitudes, walking a fine line between hope and desperation as they navigate a world that seems perpetually stacked against them, and the music is similarly rich and nuanced to match, drawing on everything from 70’s AM rock and soulful folk to raucous boogie woogie and second line funk.