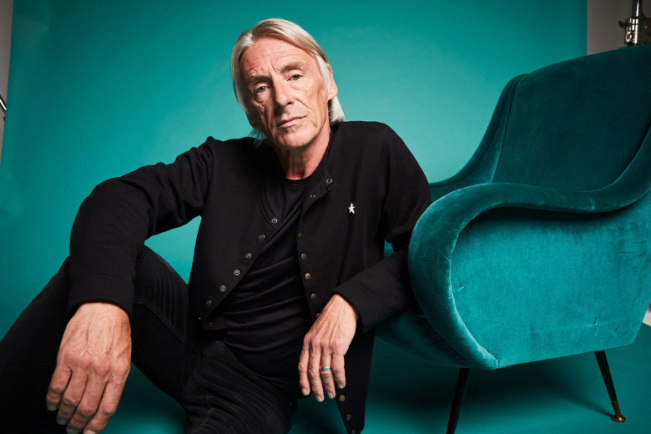 Silver linings can be found amidst the global pandemic; one among them is the productive tear Paul Weller has been on. The ex-leader of The Jam will release his 16th solo album since his 1992 self-titled debut, which follows June 2020’s UK chart-topping On Sunset.

After his tour dates were postponed during the spring of last year, Weller redirected his attention to new ideas, thus new songs. He started to record them on his own with just vocals, piano and guitar which he’d send to his core band members (drummer Ben Gordelier, Steve Cradock on guitar and bassist Andy Crofts) to add their parts. The band reconvened at Weller’s Black Barn studio in Surrey when restrictions were lifted to finish the work, and the album took its shape.

Fat Pop (Volume 1) is a distinct collection of sounds, with no one style prevailing. A handful of quality guests appear, including Lia Metcalfe, Andy Fairweather Low, Hannah Peel, and Weller’s daughter Leah. Watch the video for the synth-heavy “Cosmic Fringes” below.