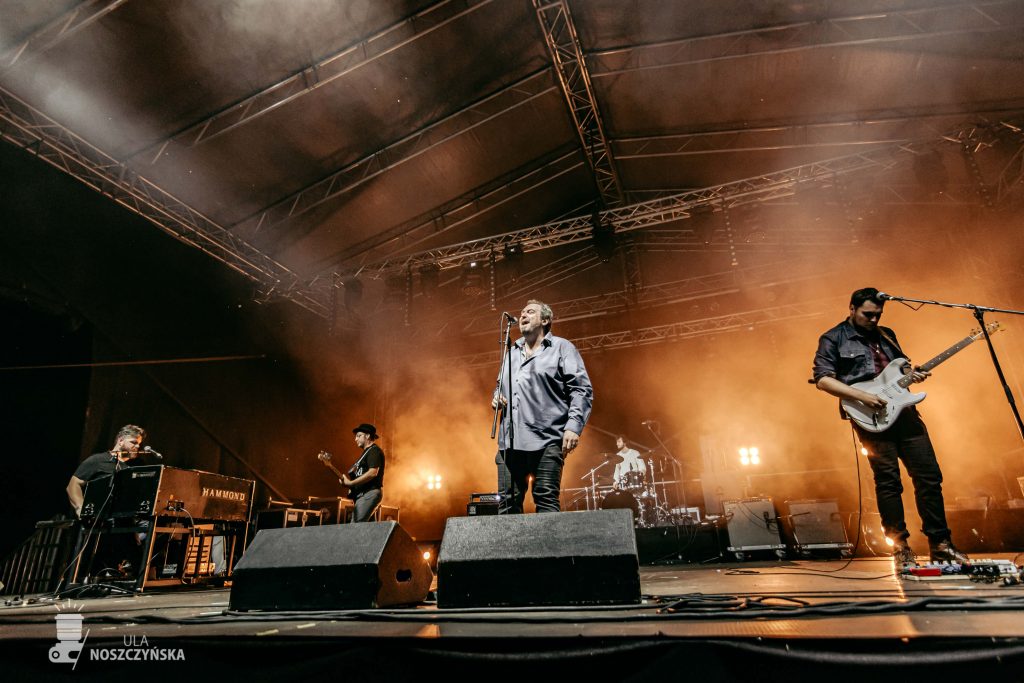 It’s been a long-held belief that European audiences have somehow showed more love for blues artists than those in the US. Described as more learned, more passionate, or more attentive, they’re the reason that American blues artists make it a point to tour Europe as often as possible. The worm is turning these days with various and sundry blues entertainers from Europe creating big waves on America’s shores. One such group is Belgium’s The BluesBones.

Their latest album, Live on Stage, charted #1 on the RMR blues-rock charts in the US (and currently is parked at #5) and on the IBBA blues charts in the UK. “It’s crazy. I didn’t expect it,” says BluesBones front man Nico De Cock. “We’ve had some chart places from previous albums but nothing like this. I mean, it is good music but I also think that because of the Coronavirus, people were missing the live feel and we happen to come out with a live album. I mean, you have to make studio albums, but we’re a live band. Of the six albums we’ve made, three of them are live, and two of the studio albums were recorded live in the studio. It’s just how we do things.”

The BluesBones, for those who may have not yet heard, sound fantastic live. We’ve all been to concerts and been disappointed by artists who didn’t sound anything like their albums. The Bones are just the opposite. They sound even better on stage than in the studio. It’s their niche, their personal happy place, where they can interact with the crowd, spinning each other up into musical blessedness.

“We always try to be very diverse with our music,” De Cock explains. “We play the heavy blues stuff, but there are also some rock songs on our albums. When we play live, the best compliments we get is from people coming to our shows and afterward saying, ‘I’m not a big blues lover, but I loved your show!’ Having five different individuals in the band coming from different styles helps create the sound. I was raised on hard rock. Our Hammond player is a jazz pianist. That gives us a very diverse plate to choose from.”

When asked who first brought an artist to the blues, most people with whom I converse will say either Clapton and the Stones or Muddy Waters and Howlin’ Wolf. For De Cock it was somebody different. “Johnny Winter was my first indoctrination in the blues,” he exclaims. “I think I was sixteen or seventeen years old and really into hard rock like AC/DC and Iron Maiden, that kind of stuff. A friend of mine said, ‘I have something you have to hear.’ It was Johnny Winter with his fast guitar and growling voice, and I was like, ‘This is blues?’ I went out and bought Second Winter, and my favorite song was ‘Highway 61 Revisited,’ the Bob Dylan cover. Johnny Winter brought me into the blues.”

Nico De Cock is a powerhouse vocalist. He has the kind of pipes that rattle the glasses on club tables, and that you can feel all the way to your soul. The rest of The BluesBones is made up of guitarist Stef Paglia, Hammond player Edwin Risbourg, bassist Geert Boeckx, and drummer Jens Roelandt. Combined they become a blues/rock dynamism that have left their mark all over Europe and are now garnering the attention of American blues lovers.

De Cock began, as many traditional American blues artists do, by singing in church. “My mother was in a church choir in our community,” he explains. “She always took me to rehearsals as a little boy, and I would also sing along with the radio at home. But I didn’t start singing with a band until I was 32 years old. Even then I was very nervous. Before that, even if we sang at a karaoke bar, I’d have to be drunk to get on stage. My friend, who I had worked with in  his home studio for many years called me and said, ‘I found you a band. You have to sing with them because they’re searching for a lead singer.’ I said, ‘Oh shit,’ but got with them. That was Bottle of Blooze in 2002 or 2003.”

Now that seemed odd, considering the proximity of Belgium to the UK. De Cock explained, “Yeah, the UK is close to us but it’s a different world, especially now. They left the European Union (EU) and went on their own and are very protective of their own market. They always book UK bands but not foreign bands. Now, they’re in trouble because of this. Among all the countries in the EU, you can work for 90 days without a visa. The UK didn’t want this, so they have no deal with musicians like the rest of the EU does. Not only does that cause a problem with foreign bands playing there, but now UK artists have to have a work permit for every country they visit in Europe. The work permits are 300 Euros per country, per band member. So it’s very expensive to try and play there.

“And now with COVID, there are so many venues that are closing down, and going bankrupt. I think the whole live scene will be different when it’s all over. Even festivals need sponsorship from companies, but many companies lost a lot of money due to COVID and don’t have the funds to sponsor festivals anymore.”

Now that The BluesBones have the ear of blues lovers in the US, do they want to come to America when things open back up? “We would love to come to the US,” De Cock says. “The problem is the travel cost, and of course we have to have a promoter to work with. I was already in contact with Rick Booth from Intrepid Artists, but he can’t really talk to us right now either because there’s nothing happening. I hope that we can work something out with him, maybe in 2022. It’s also not that easy with permits to work in the US I heard. But I’ve always dreamed of it. I want to play in the USA once in my life, doing a tour in the land of the blues. It would be a dream come true.”