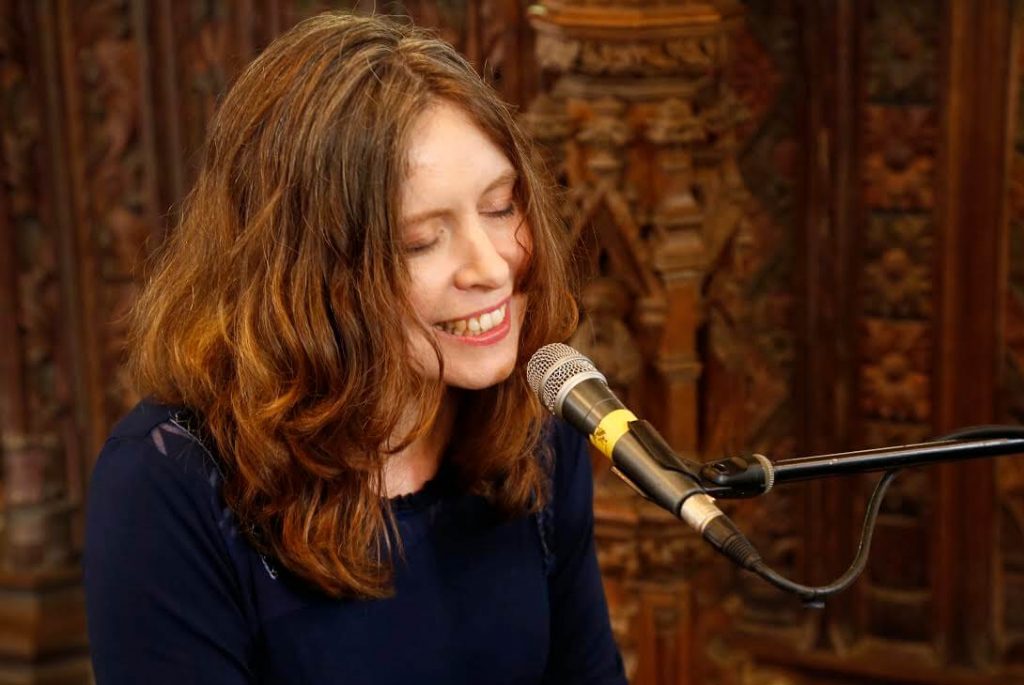 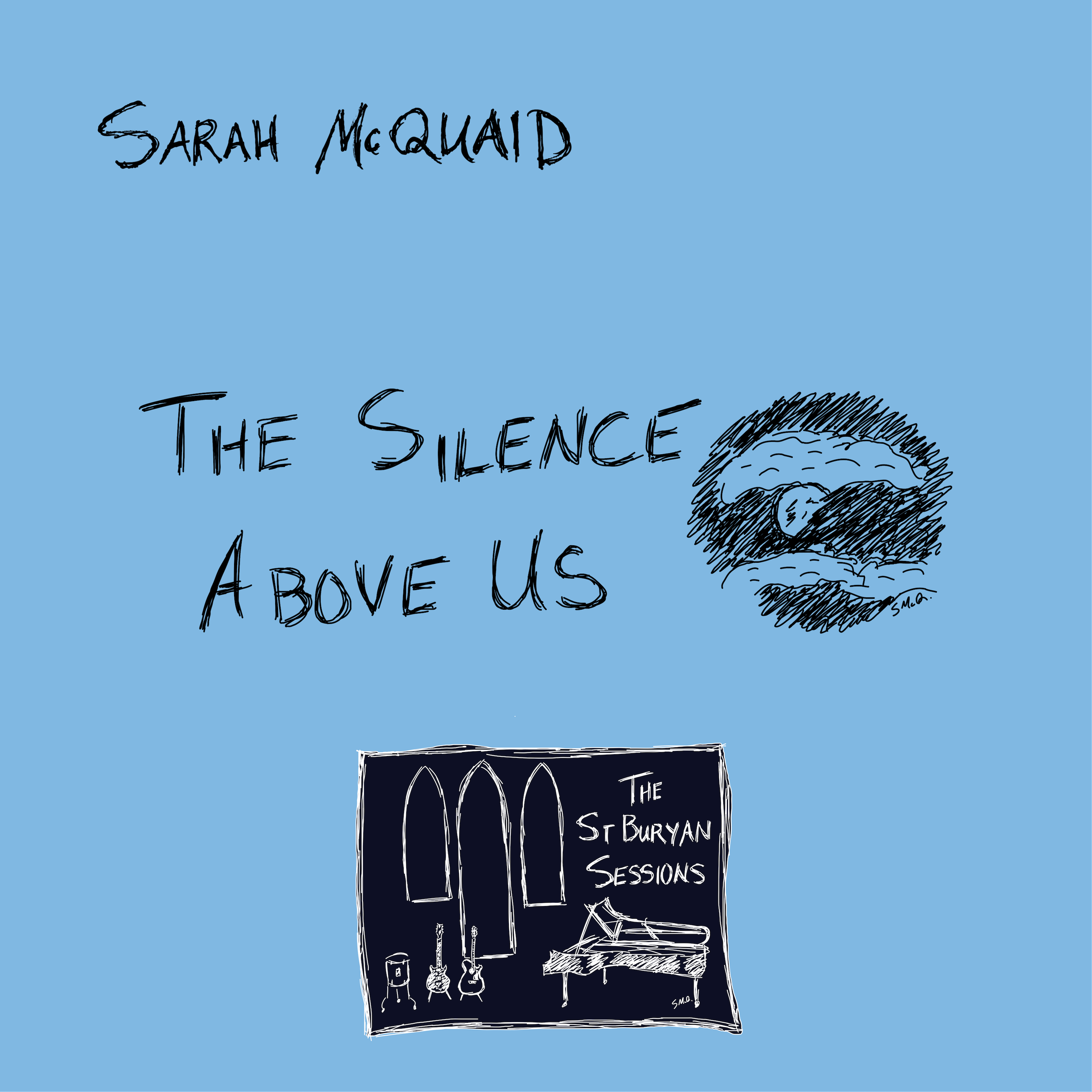 If there is one song which captures the mood, spirit and turbulence of these troubled times it is “The Silence Above Us” — McQuaid’s inspirational performance combining lyricism, melancholia and beauty within the atmosphere of an ancient church setting. It was filmed and recorded live with no audience (due to COVID-19) in the beautiful 11th century church of St Buryan, Cornwall.

“The Silence Above Us” first featured on Sarah’s seminal 2018 album, If We Dig Any Deeper It Could Get Dangerous, produced by UK folk and bluesmeister Michael Chapman.  This latest version surpasses the brilliance of the original as McQuaid transforms it into a song for our time with the help of her stunning soaring vocals, virtuosic grand piano accompaniment and the spiritual setting. The natural acoustics of this iconic venue create a haunting mood, the echoes transcending the sounds and lifting the music to another stratosphere.

The stark introductory piano chords set the scene for the metaphors generated by the poetic lyrics:  “The silence above us/ The comfort in darkness/ Pale clouds in a blanket of sky/ The light from my window/ The trees lost in shadow.” This subtle imagery and contemplation about life and its meaning in this sumptuous rural English county are epitomized in the chorus, “Orion the hunter is low in the sky/ The guiding star is blue/ I ask myself yet again/ What is this world coming to.” Sarah’s slightly sultry, husky tones complement her exceptional vocal power and range which give the song a bluesy vibe as her dramatic expression of the wonder around her takes on the air of a lament.” The silence McQuaid seeks is interrupted only by the power and life in “the green earth below” where, “The bushes are rustling/ The small birds are settling/ Hunkering down to be safe for the night.”

As a member of a children’s choir when living in Chicago, McQuaid, who was born in Spain and has resided in Ireland, draws on many musical influences ranging from classical to folk and rock traditions. Musically she often defies genre labels but Sarah will be judged by her unique talent and the passion, joy and warmth of her performances. She asks herself again at the end of the song, what is the world coming to and what can we do? There may be no simple answers but overall, this is a captivating, inspirational experience which is full of hope, reflections of beauty, and a strong sense that challenges can be overcome.

“The Silence Above Us” is available for streaming and download via Spotify, iTunes/Apple Music, Amazon and other services and also as a pay-what-you-want download via Bandcamp.

A second single, “Charlie’s Gone Home,” will be released on Friday 19 February with video premieres on YouTube and Sarah’s Facebook page on the Saturday and Sunday. The roll out of singles and videos will continue throughout the year, and Sarah hopes to release the full 15-track, 72-minute album on CD and double LP in late summer by Shovel and A Spade Records.

Sarah recalls, “I was in Germany, two weeks into a four-week European tour, when the whole Covid thing hit and we had to quickly reschedule our ferry tickets, cut the tour short and hightail it home before all the borders closed. Then my April-May UK and Ireland tour had to be cancelled as well, and suddenly I was at a loose end, with no gigs and no income. A lot of my musician friends were live-streaming concerts from home, but I wasn’t keen on the idea, mainly because of dodgy Internet and the potential for technical disasters.

“I’d been thinking for a long time about making a live album as I’ve always believed that there’s an element of magic in a live concert that’s really difficult to replicate in a studio, plus a lot of my songs have evolved and changed since I originally recorded them.  I also felt like the standard of my own performances had really turned a corner in the last year or so, and I wanted to capture on video but with multiple cameras and high production values, not just somebody’s random film on a phone from the back of the room. I’m totally thrilled with the result and feel like we achieved what we set out to do, and I’m so glad that we were able to do it in a place that’s been so special to me on a personal level – plus, the church itself had a huge impact on the overall sound, as well as on the visuals.”

Sarah’s long time manager and sound engineer, Martin Stansbury produced, recorded and mixed the project. He takes up the story:

We wanted to try and somehow re-create what anyone would hear and see at a typical show. Of course, what we wouldn’t have was an audience, so we looked for key factors that would influence Sarah’s performance. We decided to use her local church, a space she’d been singing in as part of the choir ever since she moved to Cornwall.

We set her up as if it were a regular gig: no flash studio mics, just the same touring PA and monitors she’d walked onstage to a thousand times, so it would be truly home territory. There was a set list and she was to play her set and we would record it. I also placed ambient microphones around the soaring space to capture its natural acoustic and intensify the listener experience of “being there.”