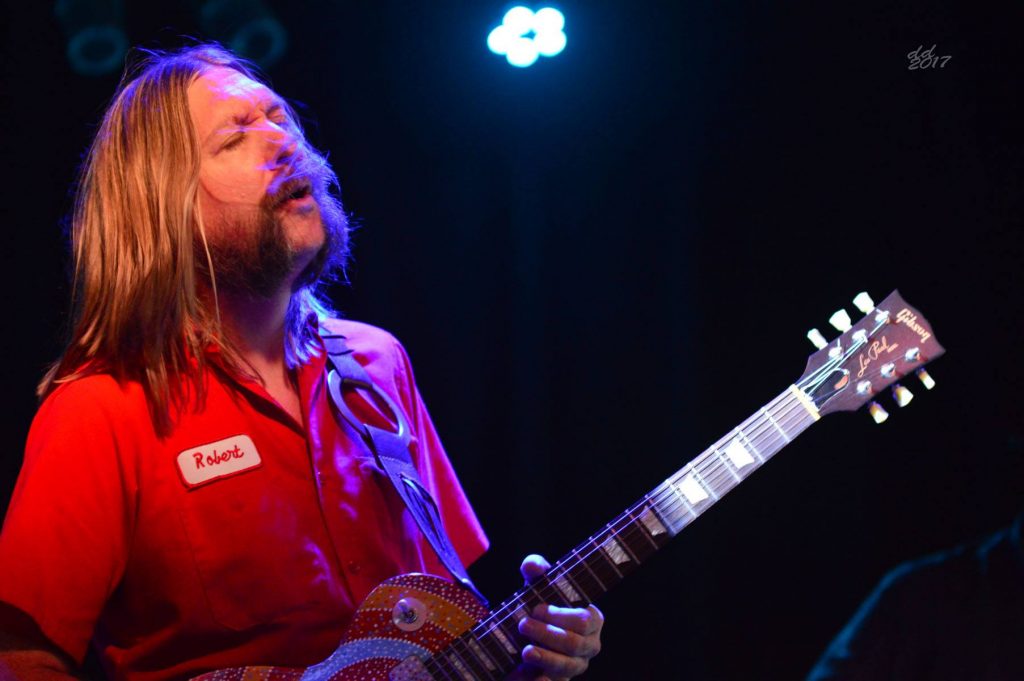 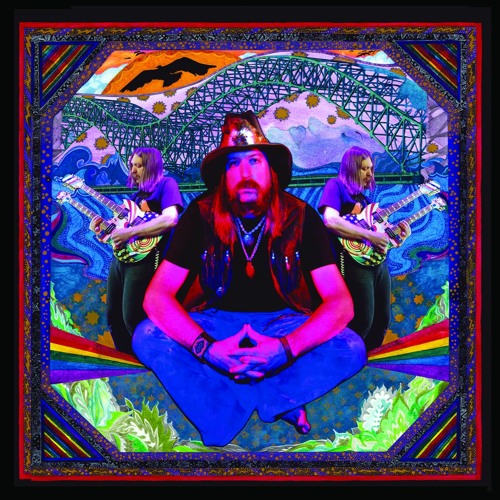 Displaying Robert’s electric, acoustic, slide, and lead guitar prowess, the album flows like a river and takes you along to witness all of his explorations. The songs run the gamut from the psychedelic blues rock of “My Mind Comes From A High Place” and “Freedom Ain’t A Mystery” to the raw electric gospel/blues of the traditional “Jesus Is On The Main Line” to the psychedelic soul duet “Some 1 2 Love” to the Eastern-tinged instrumentals “Indian Dream” and “The Raven’s Call” to the dripping Memphis soul of “More Than Love” (featuring the legendary Hi Rhythm Section) to the expressive guitar workouts “Copperhead Boogie” and “Skydog” (Tribute To Duane Allman) to the acoustic soul ballad “Speed Of Light” to the no holds barred rocking “Wolf Man.”

The eclectic album is truly the best representation of Robert’s complete, uncensored, and unfiltered musical mind. Fans of Memphis music, blues-rock, guitar-fueled music, and jambands are sure to find absolute listening pleasure in The River’s Invitation.

RobInterviewSHORT2 from Meanwhile in Memphis on Vimeo.

Track number 14 from The River’s Invitation is the swampy, soulful, blues rock song, “Sweet Thing.” Written by Parker it features the breathy vocals of Canadian export Lahna Deering with backing vocals by the expressive duo of Candice Ivory and Hope Clayburn. Rev Neil Down joins Parker on guitar with Kari Wynn on bass, Paul Taylor on drums, Gerald Stephens on keys, and percussionist Melvin Turner.

This song is a prime example of what can happen when you bring together a group of Memphis musicians who have never played together before: absolute wildfire. I wrote the song to channel my long time love of John Fogerty’s haunting dark grooves like “Run Through The Jungle” & “Born On The Bayou.” Something about Lahna Deering’s honey-soaked bright lead vocal mixed with the dense, black, swampy music just grabs you into a hypnotic state. Gerald Stephens (keys) really brings a “Riders On The Storm” feel to the proceedings to make things even creepier. The lyrics are about surrendering to the spell of your lover; no matter what the cost. – Robert Allen Parker

The River’s Invitation is Robert Allen Parker’s second album release. After playing as a sideman for a multitude of projects, he released his first solo album in 2018: From The Crossroads To Beale Street. That album features Parker’s solid production and ferocious guitar work set against the soul-drenched vocals of Memphis blues/soul artists Preston Shannon, Earl “The Pearl” Banks, and Daddy Mack. Bassist Leroy Hodges & drummer Howard Grimes (both of the Hi Rhythm Section) performed on the album as well.

Original compositions like the funky blues groove-driven “If The River Was Whiskey” (with Robert’s stinging slide licks) and the Meters-esque instrumental stomp of “Black Magic Carpet Ride” mix with reworked renditions of tunes such as “Cross Roads Blues” (in Jimmy Reed shuffle-style) & “Rock Me Baby” (RL Burnside meets Mountain). Before completing this album, Parker flexed his directorial skills with the award winning full length documentary Meanwhile In Memphis: The Sound Of A Revolution (co-directed by Nan Hackman). The film, released in 2013, took 10 years to assemble and featured Memphis underground mavericks such as Jim Dickinson, Tav Falco, Big Star, the North Mississippi Allstars, the Grifters (Subpop Records), and garage-punk band the Oblivians.