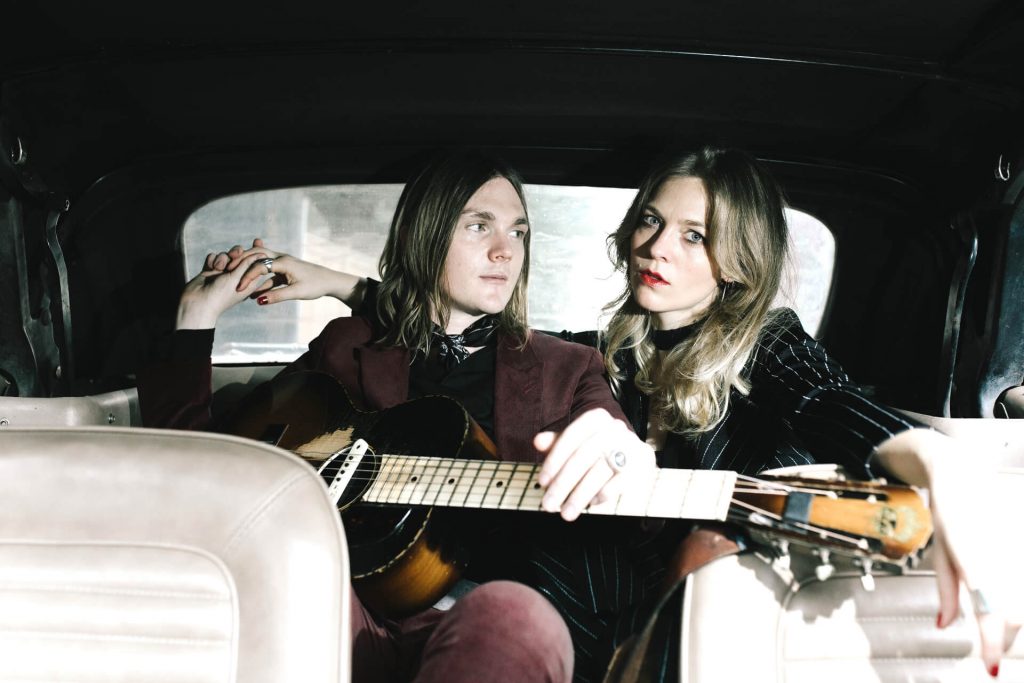 The Nashville / London duo Ida Mae have a new video for “Click Click Domino” that launches alongside the announcement of their new album of the same name. They will release their sophomore LP Click Click Domino on 7/16 via Thirty Tigers.

Turpin and Jean relocated to Nashville in 2019 and released their debut LP Chasing Lights to widespread critical acclaim. Rolling Stone hailed the album’s “stomping swirl of blues and guitar-heavy Americana.” The music helped the earn the duo a slew of support dates with the likes of Greta Van Fleet, The Marcus King Band and Blackberry Smoke, as well as festival performances everywhere from Bonnaroo and Telluride Blues to Reeperbahn and Zermatt Unplugged.

With COVID-19 taking international travel off the table, though, Turpin and Jean decided to go ahead and make their next record themselves, leaning on everything they’d learned collaborating with producer Ethan Johns on Chasing Lights, as well as other top shelf producers over the years like T Bone Burnett (Elvis Costello, Robert Plant & Alison Krauss), M. Ward, Ryan Hadlock (The Lumineers, Brandi Carlile), Jake Gosling (Ed Sheeran, Shawn Mendes), and Mike Crossey (The 1975, Arctic Monkeys).

Working out of their house in Nashville, they set up a series of bare bones recording stations and began cutting tracks together in one or two take performances, balancing the spontaneity of the moment with the intuition of the live show they’d spent the past few years perfecting. The results however hardly sound contained or minimalist. On Click Click Domino The pair pushed themselves to break new ground on the record both as artists and producers. The resulting leap forward is palpable on every single track, a distinct elevation in ambition and execution that reaches back into the past in order to reimagine the future.4