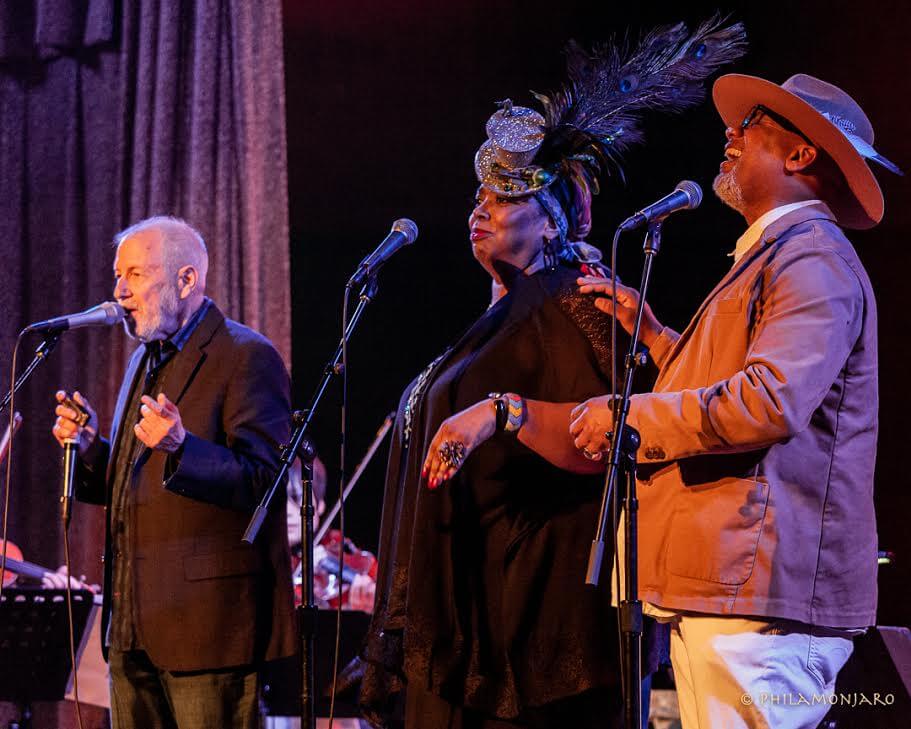 Mark your calendars for Saturday, March 6 when Corky Siegel — one of Chicago’s most renowned blues harpists, keyboardists and composers — invites you to participate in the streaming of his Chamber Blues Extravaganza, where he and a unique community of musicians unearth their signature songs and stories.

Corky and his wife, Holly Siegel, exceeded expectations by mastering this technological feat during the height of the pandemic. So, what happened behind the scenes? And what can we expect during this one-off performance? We caught up with Corky prior to the show to find out.

Holly said, “Culturally, this is probably the most important thing we’ve ever done.” Can you elaborate?

Well, this didn’t happen on purpose but our group is probably as diverse as you can imagine. We have African-American, someone from Taiwan, someone from India and someone from Wheaton College (laughs). They are diverse, both culturally and artistically.

The concept of bringing blues and classic together was Seiji Ozawa’s in 1966.

He felt it was important because it brought two very seemingly opposing cultural forces  together and that for me, was experienced most acutely when I was performing with the New York Philharmonic at Lincoln Center in 1969. The audience, of what we would have called “the establishment,” saw these hippies onstage and started booing and hissing.

And then, when the concert was over, the president of the symphony association reported that it was the longest and most intense standing ovation he had ever seen in all his time at Lincoln Center. And he said the only thing that reminded him remotely of it was Enrique Caruso’s last performance. That’s what he told me, so, as a young twenty-year-old, I’m thinking, a few of these people were really angry, and in the end music brought everyone together.

Lynne Jordan shares a story about her ancestor’s resilience during the era of Jim Crow. Instrumentally, she combines forces with Kalyan Pathak’s tabla, as well as the chamber quartet. You heighten the suspense by sweetening her vocal part with your blues harp. These are just a few of the incredible moments that people will witness during the live stream, but how did you work out the technology?

First, each solo artist that we chose, we had done one, if not many shows with them individually. So, every time we were going to do a show, for instance, with Tracy Nelson, I would have to write three or four or five or six special arrangements of their tunes, or tunes that they could sing so we could do a show with them.

So, I chose my favorite artists and my favorite pieces of theirs and I just did a composition around their song that was still a chamber blues classical style composition but that included their genre.

And so, I had all of these pieces—the first thing I had to do was get the string quartet to record them, and I used the electronic score and had audio pumped out of the score. Then, I sent an audio of the score to each individual musician. And we played along with the score as if they were playing along with each other. And none of the people involved thought it was going to work, but I was pretty sure it was going to work and it did.

Usually when you get together to rehearse and perform, there’s a leader of the band who takes responsibility for everything that’s happening and each musician has the responsibility for getting their part right, but in a situation like this, each individual becomes 100 percent responsible for the whole production that they’re sending to Corky and Holly Central. So each individual is a choreographer, a cinematographer, a staging director, a lighting director; they’re doing everything, They’re taking full part in the production; therefore they get a sense of collaboration like never before.

I was struck by the beautiful melody of “Hine Ma Tov” that cantor Pavel Roytman sang in Hebrew. Can you share with us the meaning behind the song?

“How beautiful it is when brothers can sit together in peace.” And because of that song, when I was writing the arrangement for it, which, by the way, is based on Muddy Water’s ‘Hoochie Coochie Man,’ and then going into some classical wanderings, I was trying to understand the words. I was writing the introduction to it, to make it more acute. So, the introduction was: “The universe just weeps with joy when every mother’s girl and every father’s boy lives in this world as one.”

And then I decided, hey, that’s a song. So, my wife and I sat down and wrote a song called: “One” which is on the last Chamber Blues album.

When listening to saxophonist Ernie Watts, I feel the presence—the spirits of Dave Brubeck, Miles Davis…

That’s how we feel about Ernie because he’s played with everybody. His whole life is an amazing story. Having him is an added depth. And that’s true, too, of the other artists. We did a live stream on Marcy Detroit and people were just blown away by her musical history. Elton John chose her to do a duet with him; there’s a video of it, and the same thing with the Bee Gees. Bob Dylan wanted her to be in the band; she turned him down. It’s a funny story. “Bob, who?” she said.

You studied saxophone at Roosevelt University but performed live using keyboards and blues harp. In retrospect, did your saxophone experience inform your arranging skills?

I got a lot of my first harmonica licks from what I was doing on the saxophone but the saxophone didn’t fit in my pocket. My studies at Roosevelt did give me an advantage because I did learn basic music theory but I never got beyond that because it didn’t make sense to me and now I understand some of the things I could have learned, but back then, nothing fit into my world of how I approached music.

I remember, I was actually in a composition class. I failed. I failed all my classes. But I also took this composition class because I started composing starting from measure one and then going ahead. The professor, who was a jazz person, told me that I couldn’t compose that way. So, I didn’t really get anything out of the class. Like I said, I failed it, but I have not stopped composing in the same way, which is starting from measure one and moving on. It’s not the traditional way, but mostly I would just take it one measure at a time.  So, I did have a leg up. A basic understanding of music theory is really all anyone really needs to be able to compose symphonic music and a good book on orchestration.

Thank you, Corky. We’ll see you at the Chamber Blues Show!

Corky Siegel’s Chamber Blues EXTRAVAGANZA – “Closer than in-person” is a virtual event that will debut on Mandolin on Saturday, 3/6 at 7 PM CT. It features Corky Siegel’s Chamber Blues with a slew of featured artists who also happen to be City Winery favorites. This is a 100% donation-based virtual performance where people can RSVP for free to watch on Mandolin and they can donate via Paypal.