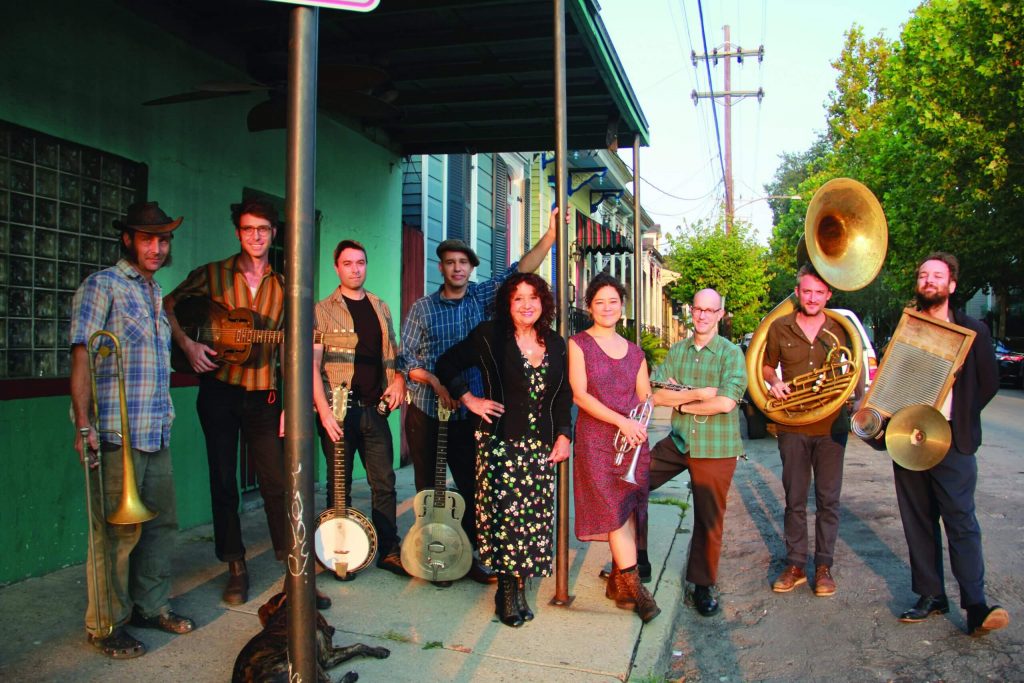 Six-time Grammy nominee Maria Muldaur, who’s been dubbed “The First Lady of Roots Music” for previous albums touching on her wide-ranging influences from blues, country, folk, jazz and even jug band music, continues her exploration of the great American roots music songbook. On her latest excursion, this time into the vintage jazz and blues sounds of the 1920s/’30s, Maria teams up with acclaimed New Orleans street band Tuba Skinny for Let’s Get Happy Together, releasing May 7th on Stony Plain Records. 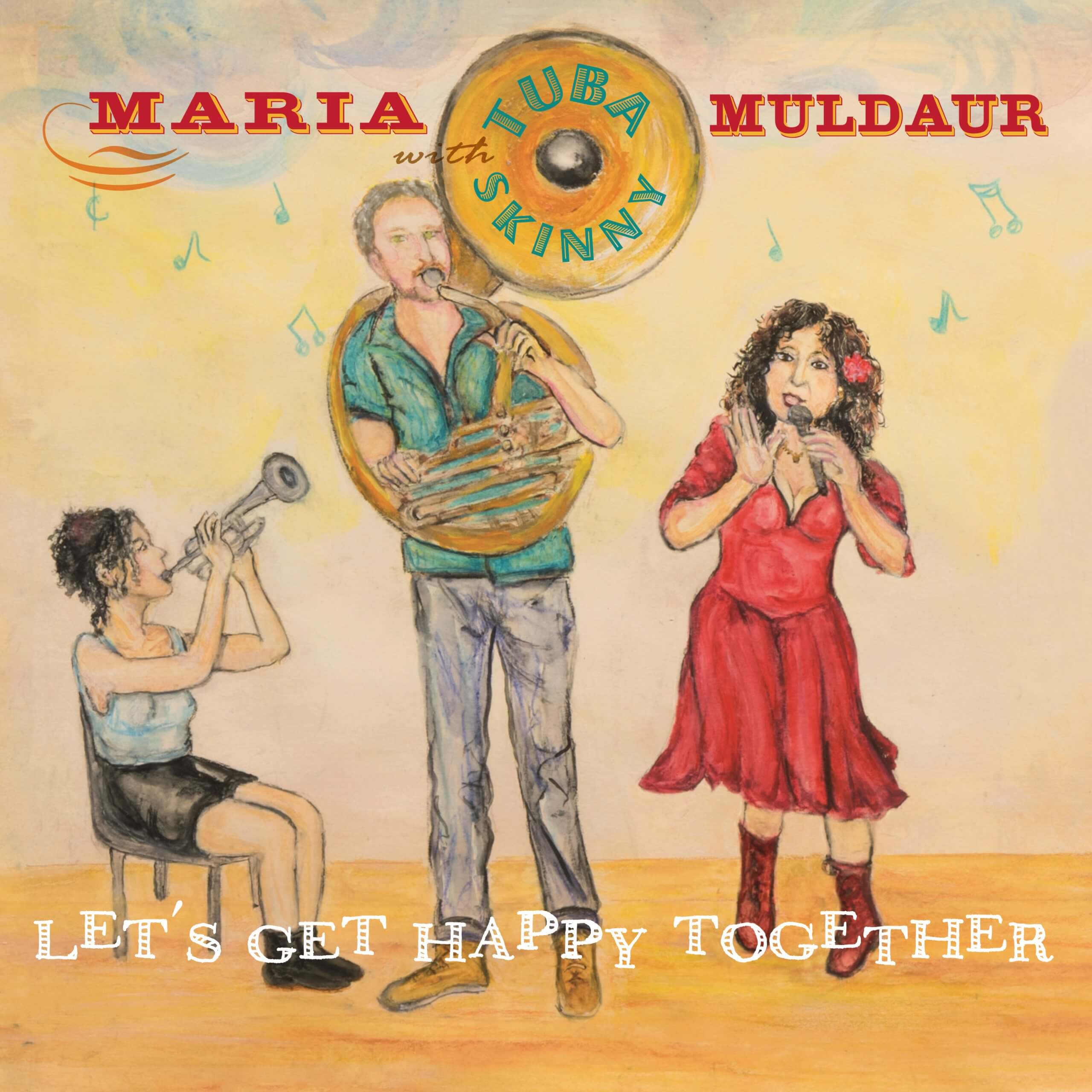 The Crescent City has always been a favorite destination and inspiration for Muldaur and that New Orleans feel permeates throughout the album’s 12 tracks. When Maria discovered the music of Tuba Skinny, she learned that just like her, these musicians study, play and immerse themselves in the early blues, jazz and jug-band music of the ‘20s and ‘30s. “They were not just playing a marvelous repertoire of cool tunes with great skill and authenticity, but somehow channeling the very atmosphere and vibration of that bygone era,” she says.

“A couple of years ago, while shopping in my favorite Woodstock, NY,  clothing store, I heard the most wonderful vintage jazz joyously floating through the air! ‘How cool that the local radio station is playing this kind of music,’ I remarked to the shop owner, who informed me that we were not listening to the radio, but some CDs of a band called Tuba Skinny. She told me they were a band of young musicians, some originally from the Woodstock area, which now lived in New Orleans and performed on the streets and at many clubs and festivals there.

“Having studied, enjoyed and immersed myself in early blues, jazz, and jug band music of the ‘20s and ‘30s all of my musical life, I found it almost impossible to believe we were not listening to some classic old 78s from the era, but instead to a band of young street musicians! She had to show me the CD covers before I would believe her! I was gratified to learn that there was a current crop of young musicians coming up dedicated to rediscovering and preserving the treasure trove of our rich musical past, much as my Jugband mates and I and so many others had done in the Folk Revival of the ‘60s. I immediately asked how I could get ahold of their CDs and when I returned to Woodstock a month later, she had five Tuba Skinny CDs for me, which have been in heavy rotation in my life ever since!”

Just prior to the COVID Pandemic in January, 2020, Muldaur asked Tuba Skinny to collaborate for a showcase performance at the International Folk Alliance Conference in New Orleans. It was so well-received that an album was immediately conceived and recorded later that year, with the title track summing it all up: “Let’s Get Happy Together!” Performing 12 songs as closely as possible in feeling to the original recordings, Maria and Tuba Skinny breathed new life into rarely heard gems from this incredible era.

“It was an amazing show,” recalls Holger Petersen, Stony Plain Records founder and executive producer of the new disc, about the Folk Alliance concert. “‘A match made in heaven’ as they say. We talked about a possible album and I am delighted that it worked out and to now hear the results. I’ve had the honor of working with Maria on many of her passion projects. There is no one who digs deeper with more respect, enthusiasm, and love for the music.  She spends months researching material and preparing. This is a unique historic project that pays reverence to the early New Orleans women of blues and jazz. You can almost see the grin on Maria’s face when you hear her singing with this truly inspiring band.  The music and performances are infectious.”

Maria Muldaur’s 57-plus year career is a long and adventurous odyssey through the forms of American Roots Music: blues, jug band, bluegrass, jazz and Appalachian “Old Timey” music. Besides her six Grammy nominations, as well as other blues, folk and roots awards, Maria was the 2019 recipient of the “Lifetime Achievement Americana Trailblazer Award” from the Americana Music Association.

It is my hope that by sharing the origins of these tunes, you will be inspired to look up these wonderful artists yourself on YouTube and start exploring and enjoying the endless abundance of incredible music they left us! – Maria Muldaur

Pre-Order Let’s Get Happy Together