The Lumineers Announce Limited Theatrical Premiere of ‘The Lumineers: Live From The Artists Den’ and Short Film ‘III’ 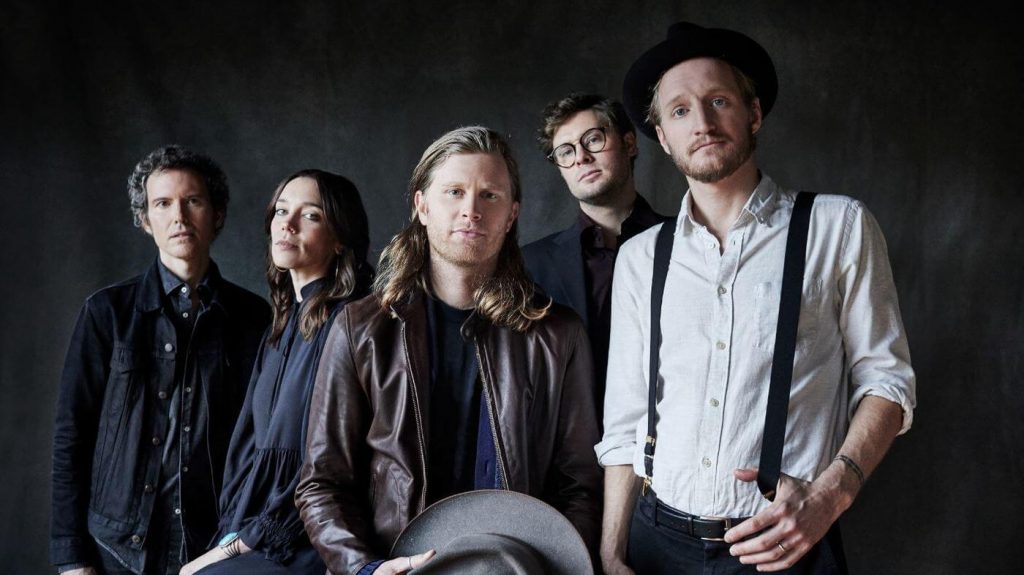 The Lumineers – in collaboration with Artists Den Entertainment and CineLife Entertainment®, a division of Spotlight Cinema Networks – are proud to announce the eagerly awaited theatrical premiere of The Lumineers: Live from the Artists Den. The full-length concert film will be presented in an exclusive double feature alongside III, the acclaimed motion picture companion to the 2x GRAMMY® Award-nominated band’s landmark album, III. Limited screenings of The Lumineers: Live from the Artists Den begin nationwide on April 1, 2021. Dates will vary by region and are subject to change depending on local cinema reopening conditions. For updates and additional information, please visit https://www.cinelifeentertainment.com/event/the-lumineers/.

In 2016, The Lumineers returned to their former home of Brooklyn, NY for an unforgettable taping of Live from the Artists Den at the majestic Kings Theatre. The upcoming cinema release of The Lumineers: Live from the Artists Den is the first-ever screening of the complete performance and includes three unreleased songs and never-before-seen interview footage. Fans will be delighted to hear that the live concert film will be joined by the band’s celebrated short film III, marking the first time it is being released wide to audiences on the big screen. III made its world premiere in the special events category at the 2019 Toronto International Film Festival (TIFF). The long-awaited cinema release of The Lumineers: Live from the Artists Den offers fans an extraordinary opportunity to witness the band’s most intimate creative work to date, while also supporting movie theatres and independent cinemas across the country.

The Lumineers’ Wesley Schultz says about the theatrical release, “Pairing our Artists Den show from the Kings Theatre with the film III, the motion picture companion to our album of the same name, is truly special. We are excited to partner with CineLife to bring our film to the world, providing a unique night of both a live show and a visual album.”

In order to provide an experience that is as safe as possible in these current unprecedented times, CineLife will be welcoming fans to theatres that are adhering to new guidelines for safe viewing, utilizing CinemaSafe: a program promoting protocols and guidelines developed and supported by leading epidemiologists to support a safe return to movie theatres.

“The Artists Den’s mission has always been to offer fans an intimate musical experience with extraordinary artists. After a difficult year for both music fans and artists, we’re excited to partner with Spotlight and CineLife to bring the magic of live performance to the big screen. The Lumineers: Live from the Artists Den is the perfect example of synergy between artist, venue, and audience, and we can’t wait to share this once-in-a-lifetime performance with fans across the country.” – Mark Lieberman

“At CineLife and Spotlight, we’re dedicated to providing our viewers with content that is not only entertaining, but an immersive experience,” said Bernadette McCabe, Executive Vice President, CineLife Entertainment. “The Lumineers: Live from the Artists Den is exactly that, allowing audiences to see and hear every visual and musical intricacy of a live performance up close. Especially as we now have more comprehensive measures in place for safe viewing than ever before, we’re excited to welcome audiences to experience this imaginative convergence of music and film in their local cinemas.”