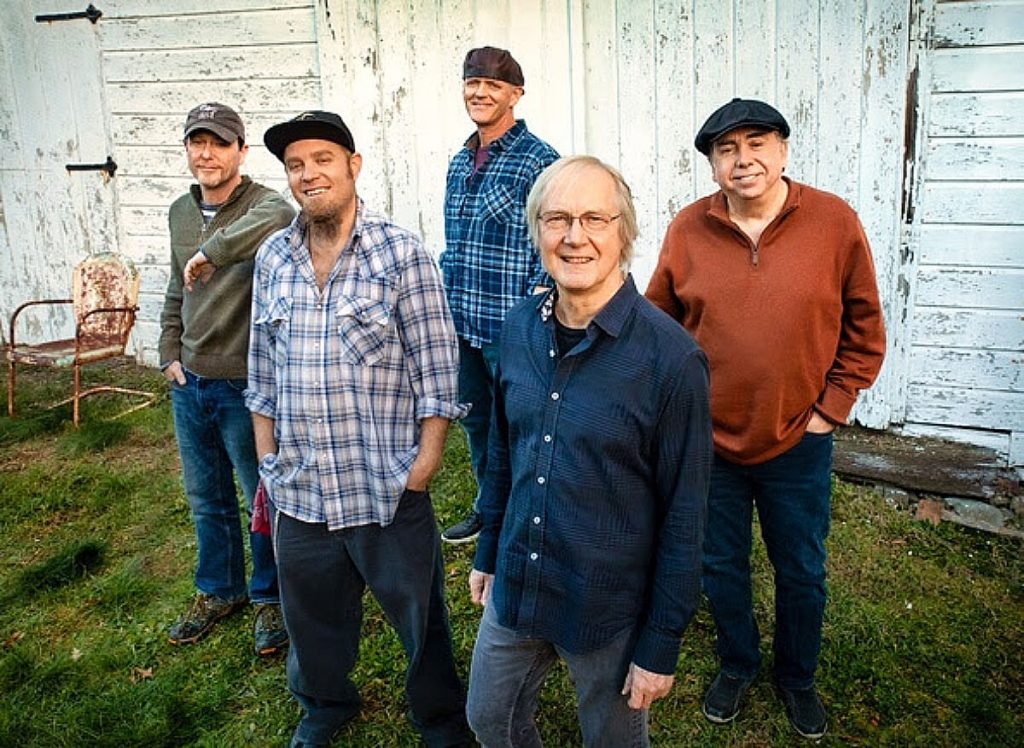 Years of touring have seen The Weight Band revive “The Woodstock Sound,” keeping the spirit of Americana/Roots Rock alive for audiences of all ages. The act is led by Jim Weider, a 15-year former member of The Band and the Levon Helm Band. The Weight Band originated in 2013 inside the famed Woodstock barn of Levon Helm. Weider was inspired by Helm to carry on the musical legacy of the Rock and Roll Hall of Fame group.  Since then the act has released one studio album of original material (World Gone Mad, 2018) while performing across the US, Europe, and Japan- honoring the legacy of The Band while keeping the sound vibrant with new songs of their own. 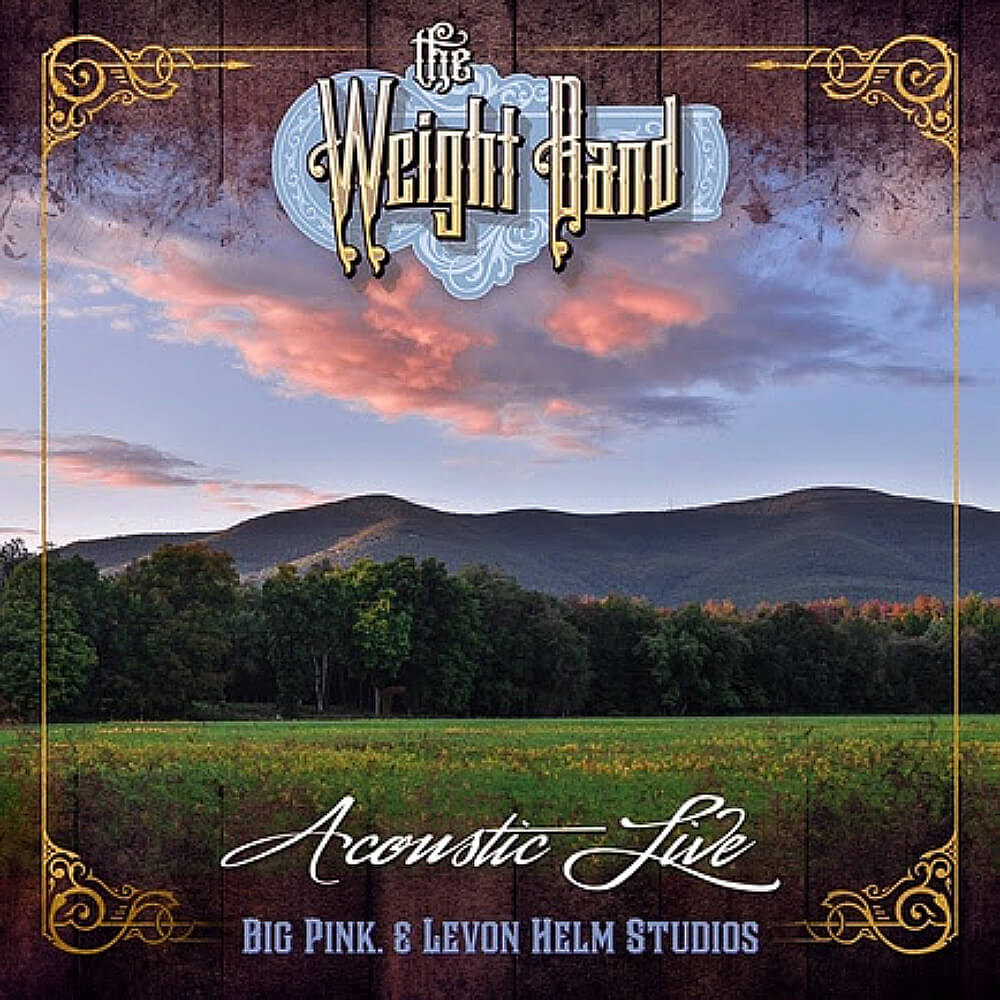 On October 25th, 2019, The Weight Band went into Big Pink, the famous pink house in West Saugerties, NY that was home to the early days of Bob Dylan collaborating with The Band, to rehearse for an acoustic show at Levon Helm Studios the next evening.  The act set up close together in front of a small audience of friends and family, just to give the songs one last spin while spending time with loved ones.  According to Jim, “We just ran through the songs once, and if the material needed more time we gave it. We picked five songs recorded during that rehearsal and six songs we recorded during the show the following night.  That’s what Acoustic Live is – all “Live” no overdubs on vocals or solos.  Kenny Kosek was a special guest on violin.  The songs are stripped down, bare bones.  That is what you hear, nothing can be hidden during unplugged sessions- it was such a fun night we thought we would share a few songs from it.”

If you’re a fan of The Band, or Levon Helm or both, you’re gonna love Acoustic Live. The recorded-on-the-fly feel of the album is reminiscent of The Last Waltz minus all the guest appearances. The addition of accordion and harmonica on some songs feels right at home in this context and the vocal harmonies are tight as a Pastor’s wife’s girdle. Imagine if you will, The Band and the Eagles singing “Seven Bridges Road,” all at once. That’s the first sound that hits you as you drop the needle on “Ain’t No More Cane.”

The first five tracks were recorded during rehearsal at The Big Pink. They sound a bit more studio-esque since there’s no “big crowd” adding their approval. “Bessie Smith” is sonically reminiscent of “The Weight,” “Deal” has a jug band sound, and “Remedy” is a bluesy, harp-accented roots rocker.

The first difference in the lineup you hear is when they break out with their version of Bob Dylan’s “Highway 61 Revisited.” Recorded at Levon Helm Studios, the audience makes their presence known in a big way and Koseck’s violin adds a mournful train sound to the ever increasing energy of the song. “King Harvest (Has Surely Come)” has a jazzy atmosphere at its core with truly rural, Southern lyrics. Weider then breaks out with “Common Man,” a song he wrote with Levon Helm and Joe Flood for The Band’s Jericho album (although it wasn’t included). Although re-written later on, you can hear Helm’s influence on the song.

A taste of acoustic Southern funk grabs us on “World Gone Mad.” Quite an apropos song for these days. After a toast of wine to brother Levon, The Weight Band lays into a song from The Band’s Music From the Big Pink, “Caledonia Mission.” Once again, the harmonies are beautifully sung, and the song is true to its original form.

Acoustic Live finishes off with a cover of the Chuck Willis classic, “What Am I Living For.” It’s laid back and easy, and one can picture the crowd swaying with Bic lighters (or in this age perhaps lit cell phones) aloft.

All in all, The Weight Band, with its deep roots into The Band, Levon Helm, and other associated acts, are doing a fine job of keeping that specific form of Americana alive and well. This is the third live release from them, and for my money the absolute best. Stripped to its bare bones, roots music gets a proper hat tip, and wine toast from a group that knows it best.