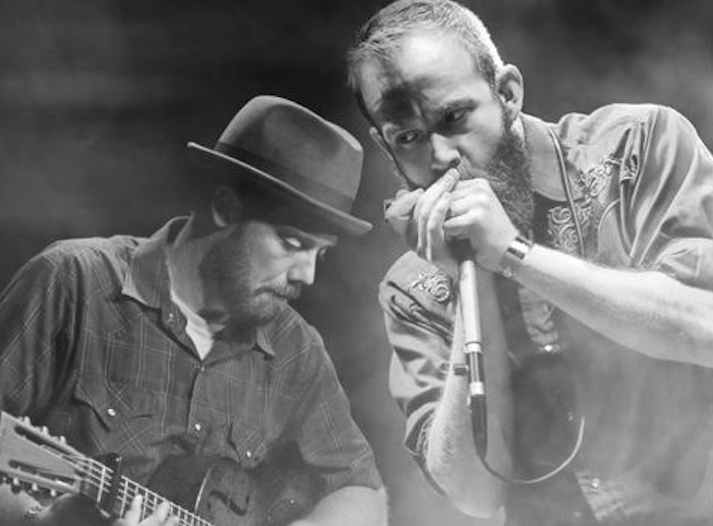 In a year that will likely be remembered as overflowing with darkness, the debut album from Dustin Arbuckle & Matt Woods (also known as 2020) will remembered as a beacon of musical light for all the right reasons. Recorded in one afternoon, ostensibly to document their work together but also “to have something to sell at shows,” according to Arbuckle, the album sees the duo channeling the heavy-handed style and sound of classic Mississippi blues. 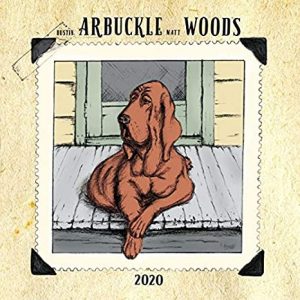 “We’re both very familiar with the Mississippi sound,” Woods notes. “So that came to us organically as a starting point.” “There’s also early Chicago blues stuff that’s sort of an extension of that sound.” Arbuckle adds. “That’s there too, that’s where a lot of our musical connection occurs so that became a natural focus.”

That natural focus and the interplay between the two as if they’ve been doing this for decades, rather than a few days together every few months for only the past three years, has yielded the proverbial magic equation as the album has received critical acclaim and now a Blues Music Award nomination for Best Acoustic Blues Album. Their reverence for this branch of the Blues tree is obvious, as the songs have an authenticity that puts them equally at home in jukejoints and dusty back porches across the Delta as they are on stages across the midwest and prairie states. “We have love and respect for this music,” says Woods, “but we don’t have any premeditation about any of it. We just play, and what comes out, comes out.”

“Theres not a lot of subtlety in my writing,” notes singer/guitarist Matt Woods about “You Got To Know,” the first video he and Dustin Arbuckle have recorded and released from their self-titled debut album. “The song’s pretty well spelled out, just trying to let somebody know how you feel about them. I put an Elmore James style guitar on there and that’s all there is to it.”

Despite downplaying the creative process, there’s a lot more to the song (to any song on their album, really) than a simple 1-2-3-4. Audio quality aside, if you didn’t know this record was recorded in 2020, it’s not a far leap to place it alongside any acoustic blues album from the 1960s or early ’70s. The video is a stripped-down affair, recorded in each of their living rooms and stitched together. “Apparently this is how a lot of these videos get done,” Arbuckle says.

“And living seven hours apart we weren’t in a position to record something safely. In some ways, for me, making this video was a lot like being in the studio. I’m just going in and laying down a harp track on something that’s already there. You’ve gotta get into it and feel the energy. We understand what each other is doing musically pretty well, so it wasn’t that much of a leap. And Matt knows what energy to bring, so that made it easy.”