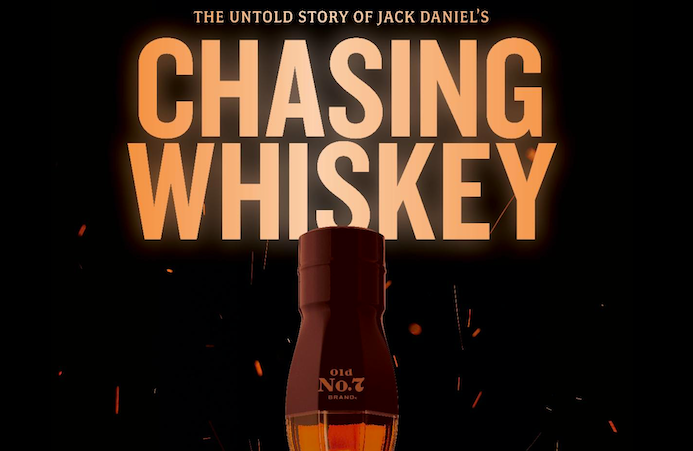 Movie City Films, in association with Evolve Studios, is proud to announce the premiere of the new documentary, Chasing Whiskey – The Untold Story of Jack Daniel’s, available now across all streaming platforms. Much more than a simple narrative chronicling the origins and impact of the iconic Tennessee whiskey, the full-length film features original music composed and performed by 2x GRAMMY® Award-winner Shooter Jennings, who also appears alongside such famous names as Tim Matheson, Eric Church, John Grisham, Tina Sinatra, and many more.

The Jack Daniel’s brand has been an iconic image of American Cool for generations, its instantly identifiable bottle linked with equally archetypal artists spanning Frank Sinatra to the Rolling Stones, as well as films like Animal House, The Shining, and countless others. From the small town of Lynchburg, TN – where every drop of Jack Daniel’s is made – to Beverly Hills, the outback of Australia, and the streets of Havana, Cuba, Chasing Whiskey documents a cultural exploration into why people all over the world identify so deeply with one of the most distinctly American brands. Through it all, Jack Daniel’s serves as the compass on a journey that offers a unique glimpse into humanity, shared value, differing views, dreams, and delusions.

“Why is whiskey so intertwined with popular culture, and how did Jack Daniel’s become the most iconic whiskey brand in the world?,” says Olliver. “These are some of the questions we were asking as we began our journey on Chasing Whiskey. Fortunately, no matter where we went, from Tennessee to Japan to Cuba to the outback of Australia – and even Scotland – we always found someone who had a compelling, personal story to tell about Jack. With unprecedented access that was given to us by Jack Daniel’s, we uncovered surprising stories that began even before Jack started making his own whiskey. We’re proud to present this insightful, whiskey-infused adventure that tells the story of Jack that’s been more than a hundred-and-fifty years in the making.”

For nearly two decades, Shooter Jennings has defied expectation while constantly expanding the parameters of country, rock ‘n’ roll, and beyond. The scion of American music royalty, he has affirmed his own place in histories still to come as a truly limitless artist whose ambitious experimentation spans myriad genres and creative platforms, from releasing eight solo LPs, countless EPs, and founding his own label and multimedia outlet, Black Country Rock, to hosting his “Shooter Jennings’ Electric Rodeo” on Sirius XM’s Outlaw Country channel, and the creation of acclaimed BBS Door games. In addition, Jennings is among today’s most in-demand producers, with credits including his mom, Jessi Colter, Jamey Johnson, Wanda Jackson, Billy Ray Cyrus, Hellbound Glory, and many more. In 2019, Jennings received two prestigious GRAMMY® Awards – one honoring his work alongside longtime friend and co-producer, Dave Cobb, on Brandi Carlile’s blockbuster sixth studio album, By the Way, I Forgive You, and the other for his work with the legendary Tanya Tucker on her 2020 smash While I’m Livin’.