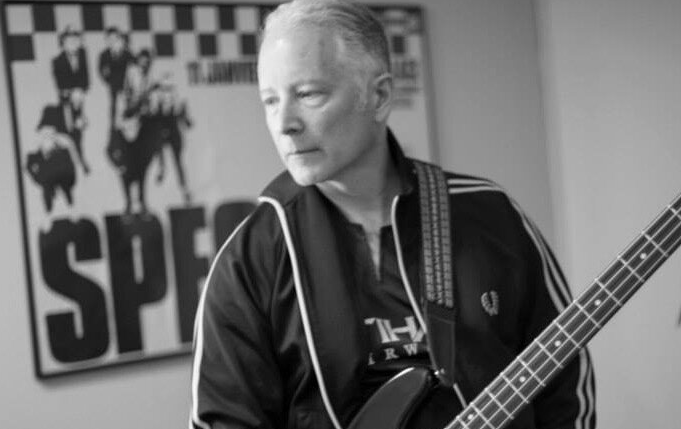 Musician, podcaster, and author Marc Wasserman’s debut book Ska Boom! An American Ska & Reggae Oral History is now available for pre-order and will be available on July 4, 2021. Published by DiWulf Publishing House, the 400-plus page book is an exhaustive, extensive, entertaining, and action-packed tale about the pioneers of the American ska and reggae music scene.

Three and a half years in the making, this cinematic story is lovingly told through hundreds of hours of interviews with key musicians, artists, managers, club promoters, writers, and the fans who were there at the dawn of the ‘80s to witness the birth and spread of a uniquely American version of a time-honored subculture.

From the story of The Shakers, the first American reggae band signed to a major label deal by David Geffen, to the spreading wildfire of inspiration that was seeing The Specials on Saturday Night Live in 1980, to the mighty Skavoovee Tour of 1993 that helped give rise to the 3rd wave of ska, Marc collects hundreds of stories, anecdotes, history, gossip, and (most importantly) the feeling of what it was like as groups of young, ska-crazed acolytes spread their passion from Boston to New York and from Chicago to Los Angeles while igniting a fiercely loyal dedication to a burgeoning culture inspired by Jamaican ska, rocksteady and reggae, and British 2 Tone and mod sounds. The fashion, the feeling, the exciting days of true, DIY independence… Marc captures it all in this exciting, funny, intimate and informative tome.

DJ Chuck Wren of Jump Up Records has put together a rare ‘80s all-USA ska mix CD to be included FREE with all pre-orders placed through the DiWulf website while supplies last! This 80-minute mix digs deep into the obscure world of privately pressed records, proving that American Ska’s roots were firmly planted during the 80s alternative music underground.