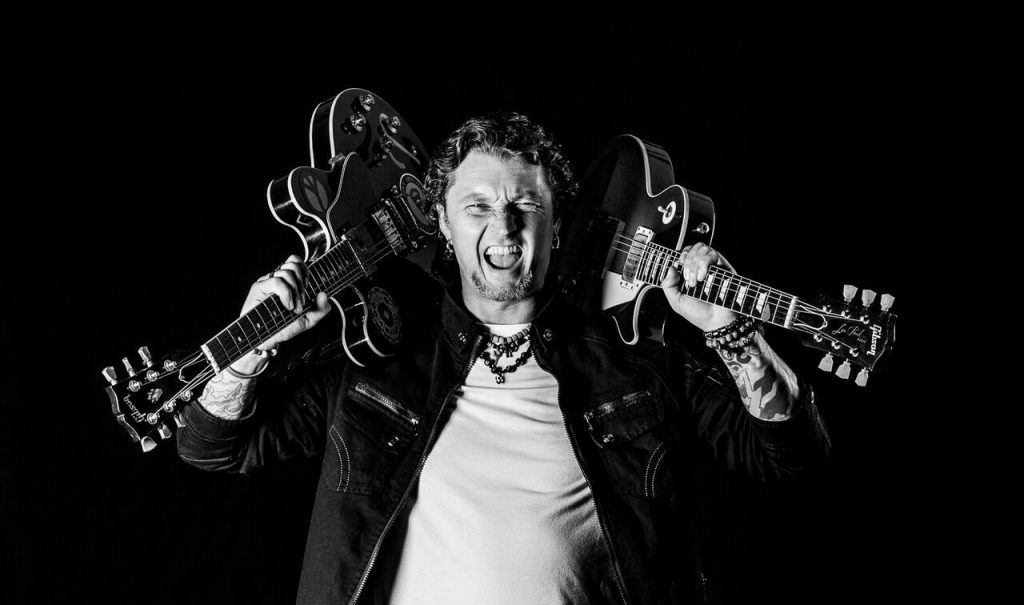 “Graveyard Blues,” the new single and first video from Kurt Allen Band‘s Whiskey, Women & Trouble, puts a new twist on the lyric video with a fully animated nod to the unreal worlds of The Simpsons and Tim Burton.

Over a driving blues-rock riff, Allen conjures up images of hellhounds and mortality, while the visuals do the same with a distinctly tongue-in-cheek irreverence. “The song is about the race against time,” he comments. “Everyone deals with it. It’s that burning drive to get all your goals accomplished before it’s all said and done.”

Juxtaposed against the heaviness of the lyrics are visuals that substantially lighten the mood. “I wanted to do something animated in this way, plugging into a more fun style I don’t think I’ve seen anyone do in the blues world, and Smanos (the animator) completely understood what I was going for. He was really able to bring this concept into its fully animated glory.”