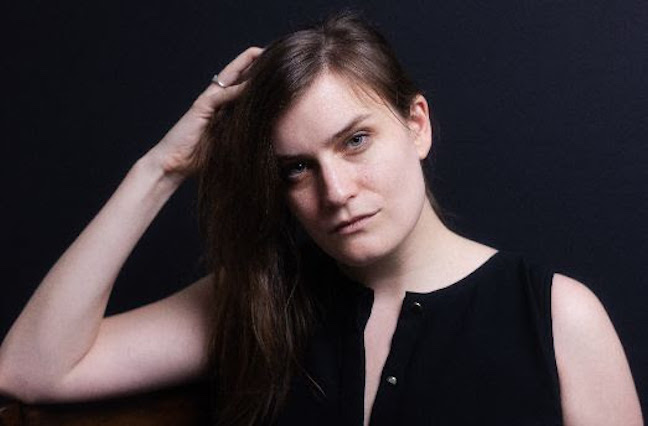 Multi-instrumentalist, songwriter and singer Leah Shaw, will release her debut full length album, Play Beautifully on July 30th. The eight-song LP is a sonic exploration of love, grief, loss, healing and self-exploration dedicated to her mother’s memory. Composed on piano and guitar and recorded with the addition of orchestral and electronic elements, Play Beautifully was co-produced by Shaw and Teo Blake. Released in a moment of global grief towards the end of the coronavirus pandemic, the duo met in a graduate program for audio production, began sessions for the LP in September of 2017 and finished the final touches on the songs on March 12, 2020 – the last day that their college was open before the pandemic hit. The album’s title is a phrase that Shaw’s mother would say to her children when they were dropped off for their music lessons. “Play beautifully,” she would call to them as they left the car. Shaw’s songs and perspective will resonate with a world recovering from a tumultuous moment in time. 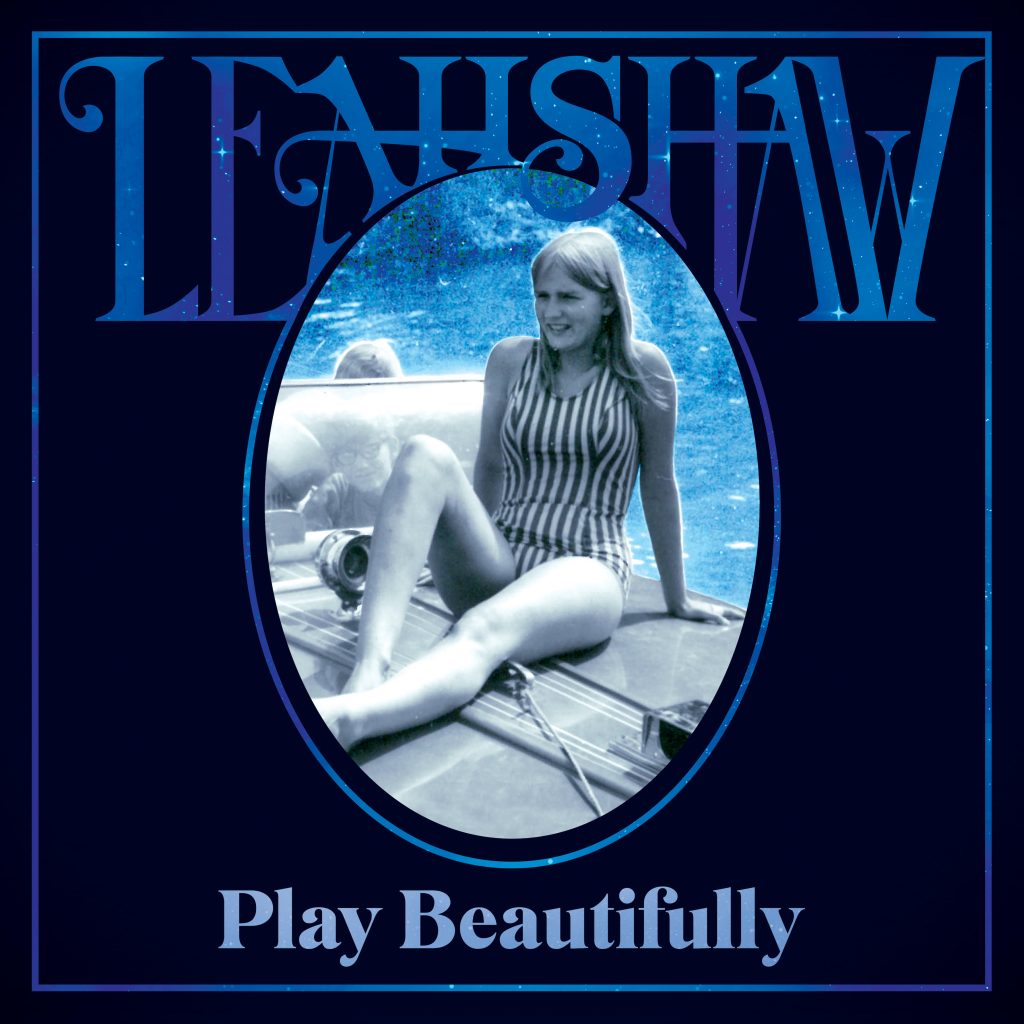 “The album, I hope, will be seen as an affirmation of our capacity to transcend loss,” says Shaw. “I also hope it strongly pushes back against the idea that grief’s objective is either acceptance or ‘moving on.’ I want the record to make space for the listener’s right to hold onto the people, alive or no longer living [here], who make us who we are.”

Shaw’s mother lived with early onset Alzheimer’s for almost a decade and passed away when the songwriter was thirty years old. Throughout those years, Shaw returned from Brooklyn to regularly spend time with her mother in North Carolina. The two spent time playing and singing together, a favorite activity that seemed to have magical powers in drawing her mother out the withdrawal, confusion and agitation that her medical condition would often bring. Shaw learned an ever-expanding catalogue of the songs her mother had loved as a teenager: Paul Simon, Carole King, Ray Charles and The Beatles. She also played her own music with her mother, who had memorized it from listening to Shaw’s recordings on repeat, and her mom would lean in close, singing along note for note.

“For much of the time when I was caring for my mom and writing this music, I felt alone,” expresses Shaw. “But after witnessing such an enormous amount of loss because of the pandemic, the widespread protests and calls for equity and justice in response to racial violence, I no longer feel isolated. There’s a connection between everything that is happening, and I feel empowered to add my own voice and story to the litany of artists who are doing work to process grief.”

Play Beautifully opens with “Leaving in the Morning,” an ethereal declaration that sets the stage with its sonic palette for the rest of the album. “It’s the idea that there’s kind of this person–or me–who’s gonna make a change, or leave, go out, make a transition, and things are gonna be different, says Shaw. “And that’s definitely reflected in the lyrics, but even more than that it’s reflected sonically in the way the song is arranged, so the instruments come in gradually and the song opens up.”

The overtly joyful “Love Comes” is an Americana-infused, guitar-based song that deals with Shaw’s anxiety and depression around her mother’s diagnosis and the heaviness of balancing her life in NYC while returning to North Carolina as often as possible to be with her mother.“I remember sitting down and the main lyrics I remember writing was, ‘you try to talk too much, you try to plan too much,’ recalls Shaw. “Because me fighting against depression was just like thrashing around, like trying to make plans and booking airlines tickets. And I was really trying to get to my mom. When I was home, I’d wake up in the morning and feel like I needed to go engage with my mom, I wanted to figure out how to make it good for her and for me. I was telling myself to calm down, you’re trying to control this thing–just wait.”

“Intentions” finds Shaw alone at the piano grappling with the loss of her mother and the unconditional love of her best friend who was with her for the two weeks leading to her mother’s passing. Written during the 2016 presidential election, the singer expresses that “who we are is what we actually do. Not what we say we believe. The kind of person we are is proven by who we actually are and our character. We see your intentions and how you act on them. All you can do is try to do the best thing that you can do. And in this case, that was me receiving unconditional love from my best friend.”

“Where Are You” is a raw, angry declaration — “I don’t need to get over it, I don’t need to feel better,” Shaw sings. “It was written after my mom died,” she says. “Stop with this whole idea that I have to be over this. Ever. I don’t have to accept this. Why would I accept this? This thing that happened, it’s not acceptable.”

Written in New Orleans, the driving “Look at Me,” is Shaw struggling with losing her mother in real time. “This was a very specific point — which everyone who’s been on the Alzheimer’s Journey has been on this point — where the person you’re taking care of transitions into not knowing who you are. I realized my mom wasn’t recognizing me and I couldn’t kind of meet her eyes, she asked me who I was. I told her my name and she was like, ‘I know a Leah. She sings.’”

The penultimate song on the album, “You Knew Me,” was the first song Shaw recorded at the beginning of the sessions for the album in 2017. The songwriter created the lush orchestration with help from professor and mentor Sonny Kompaneck (orchestrator for many of the Coen Brothers’ films among other big hits) and who has a special credit on the album along with Grammy-nominated recording engineer Angela Piva (Run DMC, Mary J. Blige, Queen Latifah, Naughty By Nature) who also advised Shaw and Blake throughout the album’s production process. “This one has a lot of the emotion of the journey in it and I think of it as a celebration, says Shaw. “When I sing, ‘I walked you home,’ that’s sort of speaking to us being with my mom at the end and getting her there safely. And that’s what we tried to do and we did it. It’s a celebration of that journey.” 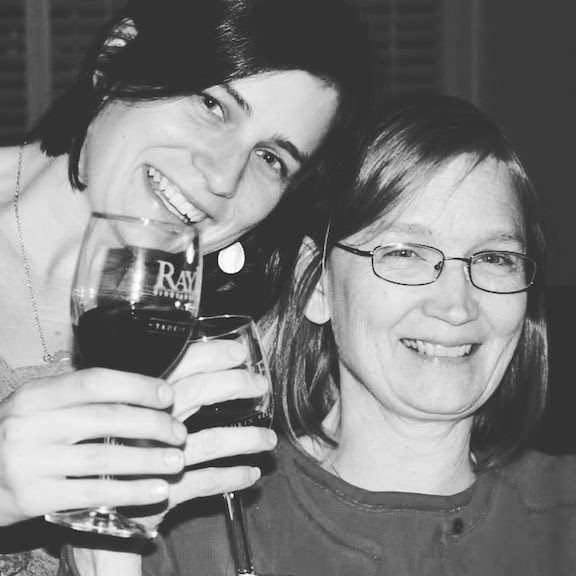 The album ends with the guitar, harmonica and fiddle-based song, “Pretty Mama.” “It’s a song that I wrote right before mom died, looking at a picture of her, and I was just imagining how I would feel [after she died], says Shaw. “Feeling like I’m a little bit of a mess, of course and hopefully I would be able to make my mother proud. That my life would be worth all of the effort she put into raising us and being there for us.”

Leah Shaw has released two EPs, I’m Just the Same (2013) and Home (2016), and several singles including “Growing” (2013), “One Shot” (2014), “Merry Christmas Darling” (2015), “Same Road” (2018), as well as two singles from Play Beautifully, “Pretty Mama” (2019) and “Love Comes” (2020). From an early age, she studied classical music, memorized old musicals and sang and played in the church. The aspiring musician was encouraged in her pursuits by her mother, who told her, “music is a language for you.” She took up piano at age 5, bassoon at age 12, clarinet at 15, and percussion at 16, and learned arranging, improvisation and songwriting. A graduate of James Madison University, Shaw studied orchestral music in college alongside composition and music technology. She received her MFA from Brooklyn College.

“By learning not only how to be a more skilled musician but also how to record and produce, I’ve expanded my view of what a song means, what stories I can tell; as audio producers we get to tell our own stories and we get to be there to midwife the stories and songs of others,” says Shaw. “It’s really exciting. I can’t wait to share my album and continue on to the next.”

Leah Shaw will play select shows in support of Play Beautifully including a virtual event on July 1st presented via YouTube Live by Iredell Arts Council in Statesville, NC and in person on September 25th at Carolina Jubilee in Harmony, NC.

Shaw continues to compose music for a variety of media from film and podcast to virtual reality and interactive digital exhibitions. She currently resides in Brooklyn with her husband and their seven synthesizers.