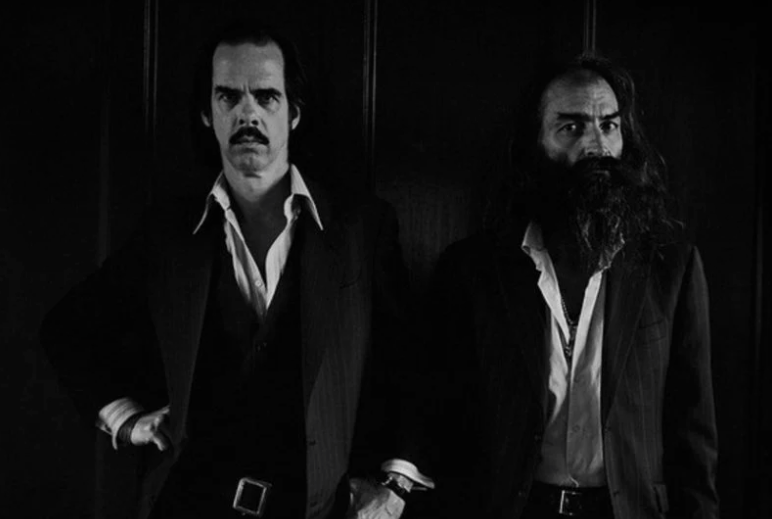 To mark the global CD and vinyl release of Carnage, join Nick Cave and Warren Ellis as they answer questions from fans about their new album in a special streamed conversation. The audio conversation will be broadcast via YouTube Premiere on June 18th at 7pm BST and will be available online following the streaming event.

To submit a question use #talkcarnage on social media, or comment on the official Nick Cave Instagram or Facebook posts by midnight BST on June 5th. 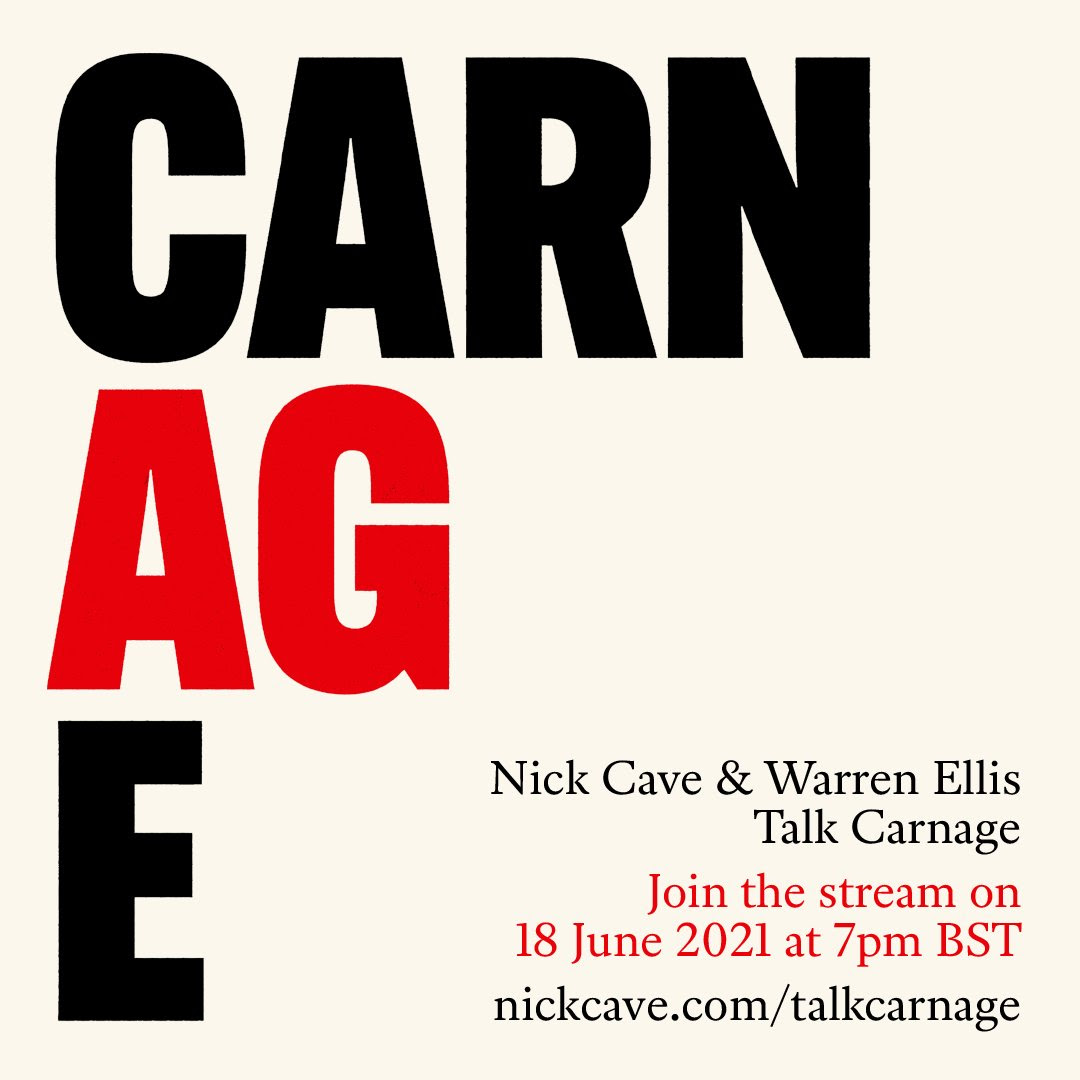 Although Cave and Ellis have composed and recorded many soundtracks together, and Ellis is a longtime member of The Bad Seeds, this is their first offering as a duo — an album that Cave considers to be “a brutal but very beautiful record nested in a communal catastrophe.” According to Ellis, “Making Carnage was an accelerated process of intense creativity; the eight songs were there in one form or another within the first two and a half days.”

The pair began their music-making back in ‘93, when Ellis played violin on multiple songs for the Nick Cave & The Bad Seeds album Let Love In, joining the band as a full-time member soon after. Their creative chemistry and history are reflected on Carnage — an unexpected and alluring product of the pandemic, recorded in a period of weeks. Cave and Ellis have also recorded as Grinderman, and have composed and recorded numerous, film, TV and theatre soundtracks together.