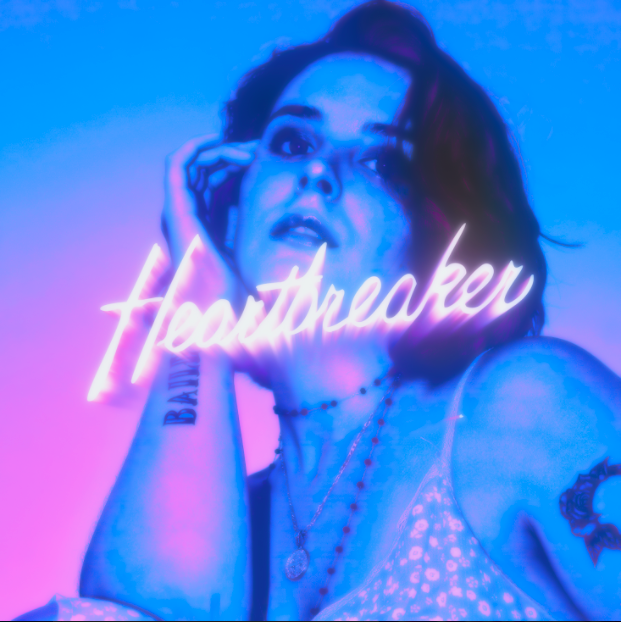 Heartbreaker is the fourth musical release of Austin-based indie rocker Christine Renner’s young career, and her first release since 2019. The EP was written by Christine and produced by GRAMMY-nominated producer, Chris “Frenchie” Smith ( at The Bubble recording studios in Austin with mixing assistance from Daniel Sahad (of Nané). Musicologist Einar Pedersen has credits on music arrangement, drums, bass, and some keys and guitar with Christine Renner on vocals, electric guitar, and keys as well.

Frenchie and Einar helped carve the songwriting and her guitar/keyboard performances into a six-song radio friendly romp — the team laying down the tracks in just two weeks. Frenchie described the project as “one of the most magical sessions in my career.” The team also collaborated on her previous release, 2019’s Tonight, which received radio airplay from the East Coast to Australia. The first two singles released from the Heartbreaker EP were the catchy “In Love with Love” and “Drown.”

Christine’s music is a kaleidoscope of musical genres and thematic journeys from wistful romantic fantasies and hard-hitting rock anthems to ethereal dark and brooding introspective explorations — incredibly unique and always approachable. Premiering today from Heartbreaker is “Sweet,” a banger of an anthem in which Christine channels all her rock ‘n’ roll heroes.

Of the song, Christine tells ABS:

My song “Sweet” came from my deep childhood love of Classic Rock. I remember truly discovering “Hotel California” for the first time on a road trip when I was 12 when my rock ‘n’ roll obsession started. My dad began taking me to many concerts including Robert Plant, Journey, The Eagles, Van Halen, Def Leppard, Tom Petty, Rush, Joan Jett opening for The Who and many more. My first vinyl record I ever got and played was the album ‘Boston’ by Boston. “Sweet” is my authentic version of a rock anthem inspired by my real raw emotions from my experience with love.

Christine was awarded with an official SXSW showcase for 2020, which is a huge accomplishment for any local Austin artist. Ready to rock SXSW and embark on a summer Texas tour, all plans got shut down during the crisis. So she rebounded by heading back to the studio to record her passion rock EP Heartbreaker, a pivotal release for Christine. “With Heartbreaker, I’m really feeling like I’m stepping into my rock and roll shoes. As far as I’m concerned, I am arena ready. In fact, I’m one more step closer to my inner child’s eight-year-old dream of performing on stage at Madison Square Garden.”

When Christine is not writing and performing music, she enjoys teaching her young students piano, guitar, vocals, and songwriting.  With passion in her heart and a Les Paul in her hands, Christine Renner is on her way and bringing her friends and tribe along with her for the adventure. Long live Rock and Roll!